Amazon is rolling out a new Prime Video feature that lets users share video clips from TV shows and movies on the platform. The clips can be shared on social media or via direct message. The feature is currently only available on iOS and for users in the U.S. For the initial rollout, users can only share clips from a limited number of shows, including season one of “The Boys,” “The Wilds,” “Invincible” and “Fairfax.”

When you’re watching one of these four titles, you can click on the new “Share a clip” button to create a 30-second clip. Once you click the button, the streaming service will pause the show to open up a screen where you can clip and edit the video. The app will then create a clip of what you just watched, allowing you to move the clip forward or backward to exactly where you want it. You’ll also be able to preview the clip before sharing it with others. When you’re ready to share the clip, you can select the “Share” icon and either upload it or share it via Instagram, Facebook, Twitter, iMessage, Messenger and WhatsApp. 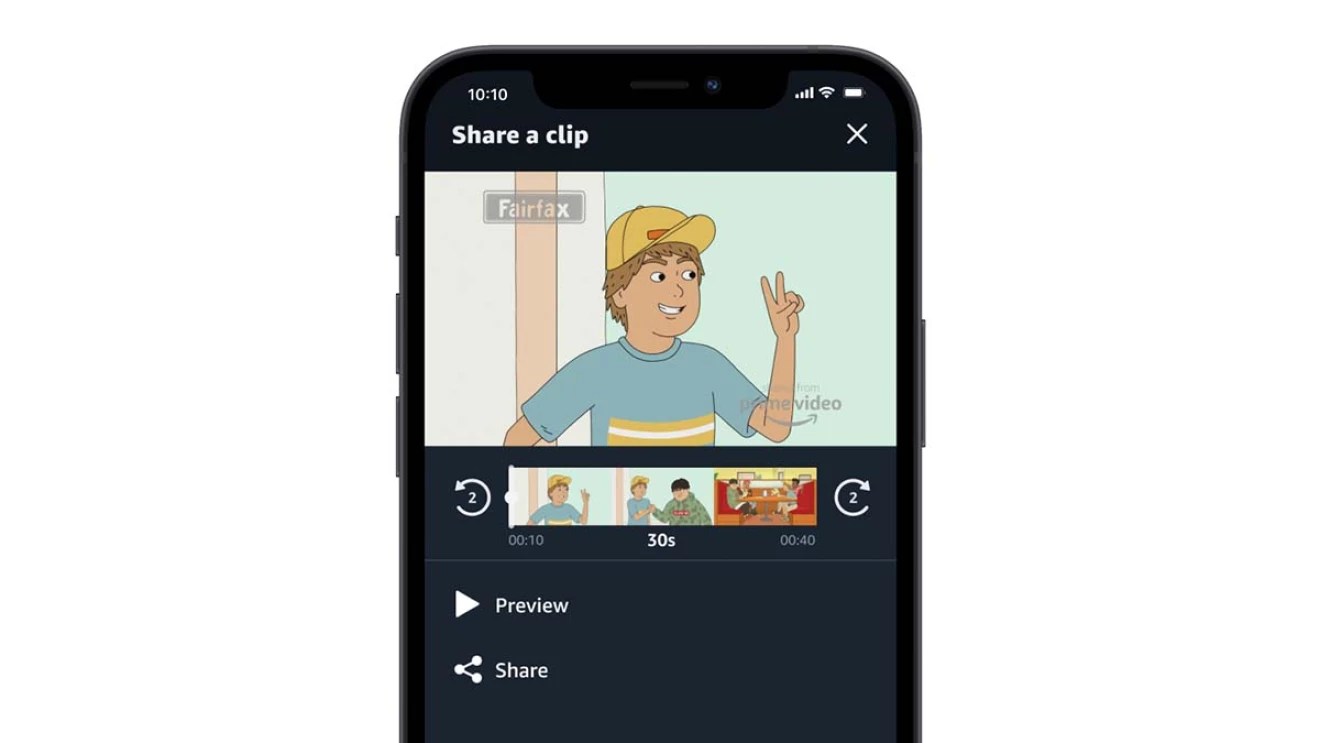 Amazon says it plans to let users share clips from more of its original movies and series in the future. The company’s decision to allow users to share its content marks a change from other streaming services, which currently don’t offer ways to share video clips from their shows and movies. Netflix, Disney+ and Hulu all go as far as preventing users from capturing screenshots of content on their services and instead black out images when users try to do so.

Amazon’s latest feature for Prime Video indicates that it’s thinking differently about its content being shared and viewed on other platforms. It’s worth noting that Amazon may also be hoping to attract more users to Prime Video by encouraging its users to share clips of its original content with their friends and followers and hopefully get them interested enough to check it out themselves.