This past April, Toyota teased the bZ4X, the first of seven “Beyond Zero” fully electric vehicles the automaker said it would debut by 2025. Other than to reveal it was working with Subaru to develop the SUV and that it would include its upcoming e-TNGA powertrain, the company didn’t share many details about the bZ4X. On Friday, it changed that by unveiling the production version of the vehicle.

Toyota will offer the bZ4X in front-wheel-drive and all-wheel-drive variants. The former will feature a single 150 kW capable of accelerating the car from zero to 100 kilometers per hour in 8.4 seconds. Per the WLTC standard, the automaker claims the FWD model’s 71.4 kWh battery will allow it to travel approximately 500 kilometers or 310 miles on a single charge. Expect that estimate to decrease once the EPA tests the car. It’s also worth noting these measurements come from the Japanese model, which may end up featuring different specifications to whatever model(s) Toyota releases in the US. 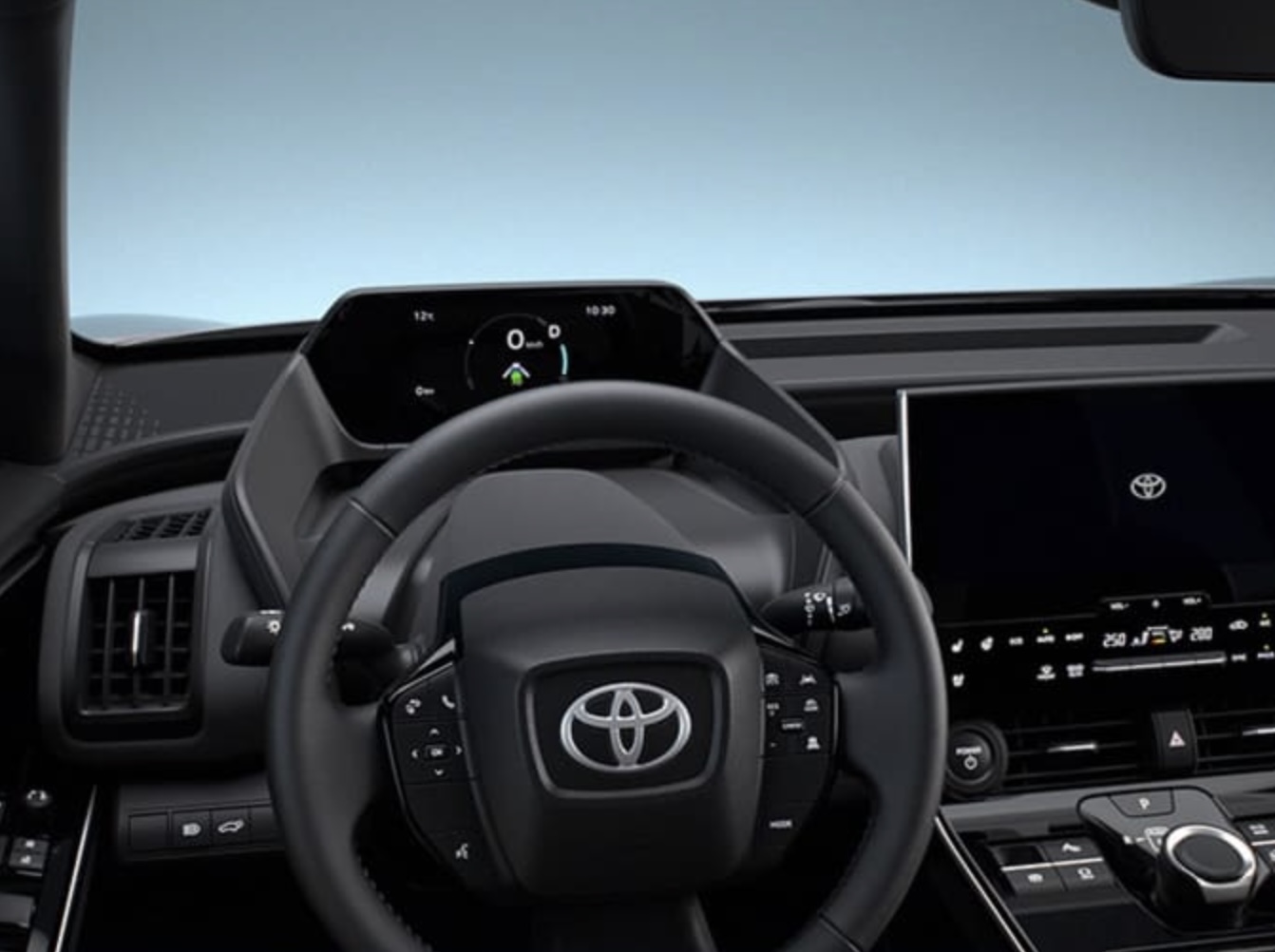 The battery will support 150 kW DC fast charging, allowing it to go from dead to 80 percent after about 30 minutes of charging. As for the AWD model, it will feature two 80kW motors, one built into each axle, for a total power output of 160 kW. It can accelerate from zero to 100 kilometers per hour in 7.7 seconds. Toyota estimates the ranges of the AWD model at 460 kilometers or 285 miles on a single charge. In both variants, the battery is integrated into the chassis, a design choice the automaker helps lower the SUV’s center of gravity and improve the rigidity of the chassis.

Toyota also plans to equip the bZ4X with some nifty extra features. One of those is a solar roof the automaker says will generate about 1120 miles worth of free power generation. It will also offer a steer-by-wire system that removes the mechanical connection between the steering wheel and front wheels. Both features will be available in select models.

The bZ4X will debut in the US and other markets in mid-2022.