Vendease, an online marketplace that allows restaurants and other food businesses to buy supplies straight from manufacturers and farms, has raised a seed round of $3.2 million, the company confirmed to TechCrunch.

The news is coming seven months after TechCrunch announced that the company, founded in January 2020, took part in Y Combinator’s winter batch that included nine other African startups.

Vendease tries to solve the challenges and inefficiencies in Africa’s highly fragmented food sector, starting with Nigeria. Initially, the company found a sweet spot in a purely decentralized marketplace play connecting suppliers and farms on one side with restaurants and food businesses on another.

When a restaurant or food business places an order, the system generates all the possible suppliers that can fulfill it, looks at the best pricing versus quality and assigns that order to the supplier. According to the company, delivery is made within 24 hours, either by itself or third-party logistics providers.

Still, the company recognized that these businesses needed more quality and operational help. While some complained of delivery times and quality of food supplies, others did not have sophisticated operations to handle them.

Co-founder and CEO Tunde Kara tells TechCrunch that this led to Vendease building a series of stacks — logistics, storage, payments, inventory management, embedded finance — to control the movement of food supplies from one point of production to the endpoint of consumption.

“So when we say we’re building the operating system for food supply, this is what we mean,” said Kara, who founded the company with Olumide Fayankin, Gatumi Aliyu and Wale Oyepeju.

Vendease says it has also employed extensive quality control measures for the food supplies on its platform at the point of delivery or acceptance into its warehouse. The platform also has an option that allows food businesses to receive free supplies for any order that turns out unsatisfactory. 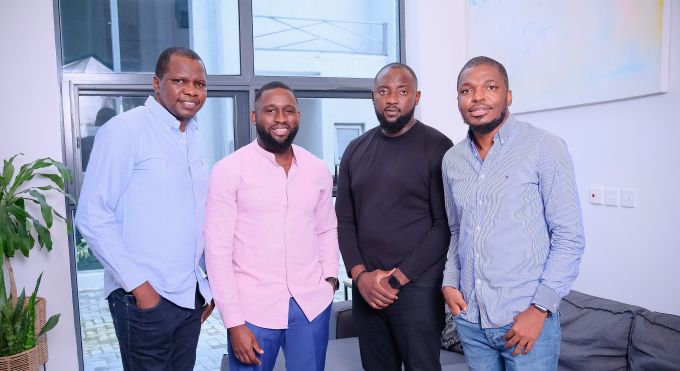 From the time Vendease launched until now, one thing has remained constant in the industry it plays in: the fluctuation of food prices in Nigeria.

With one of the highest inflation rates in the world, the country saw prices of food items such as beans grow by over 70% from July 2020 to July 2021. This report says the cost of food in the country has increased 19.57% in September 2021 compared to the same month last year.

These are some of the unforeseen but combat-ready issues agritech and food tech startups have to deal with to scale. In Vendease’s case, Kara says the company has created a predictive analysis and storage system to help businesses predict future food prices, store food in advance and peg their prices for any duration depending on the food category.

This process, according to the CEO, has saved businesses on the platform a ton of money and human capital.

“When we compare market prices to what users buy on our platform, we’ve approximately saved them about $480,000 in the last nine months, cutting a lot of unnecessary expenses from their general costs — savings that can go into other things in terms of expansion and growth.”

Kara says the company hopes to 10x this number in the next 12 to 18 months. “Proactively, in our small way, we are helping to grow the GDP for the food businesses both on the farmers and vendor side of the marketplace,” he continued.

In terms of human capital, Kara states the businesses on Vendease have saved approximately about 5,000 person-hours. Vendease has moved 100,000 metric tonnes of food, Kara added. For a startup that is a little over 18 months old, moving that amount of food is a noteworthy feat.

Moving this quantity, coupled with Vendease’s technology stack, has allowed the company to analyze what its customers want before making their orders, which is why the company now has its warehouses and logistics service.

Backed by YC, Vendease is building Amazon Prime for restaurants in Africa

Last month, the YC-backed company hit an annualized transaction volume of $12.9 million and $1.2 million in annual recurring revenue. While Kara did not share revenue numbers, he said Vendease’s revenue has grown 17x since last year.

On the platform’s financing side, over 1,000 businesses have accessed more than $3 million in supply chain finance so far.

Platforms digitizing the food supply chain for restaurants and food businesses across the continent have been scarce in Africa since Twiga launched in Kenya seven years ago (however, with a slightly different model).

Now that Vendease is in the fray, it wants to establish itself as the leader amongst an upcoming pack with newer players such as Kenya’s Kibanda TopUp. A requisite to that, according to Kara, is Vendease’s execution and operational knowledge of the market and data on food businesses; he believes they will give the company an edge over other platforms.

“But then we don’t see competition as a winner take all situation. We see it as validation for the work that we’re doing,” he said.

Vendease currently operates in three Nigerian cities — Lagos, Abuja and Ibadan, with some of the biggest food brands in the country such as Hard Rock, Krispy Kreme and Shiro.

Kara says the company will use the funding to expand into other cities and countries before the end of Q1 next year. In addition, the funding allows Vendease to continue to build out its technology stack, as well as secure partnerships with some payment platforms and banks to deepen its financial products, especially buy now, pay later.

In a statement, Donald Stalter, the managing partner (U.S.) at Global Founders Capital said, “As a backer of one of Africa’s very first unicorns, Jumia, we’ve seen a great deal of talent in the market – and Tunde & the Vendease team are best in class both in EMEA and globally. Their laser focus and rapid growth are unprecedented, and there’s a massive opportunity ahead.”