The last year and a half has been a major eye opener for countless industries. As many white-collar employees have moved from offices to remote work, it has drawn into sharp focus just how ill-equipped many home setups are for hour after hour of Zoom calls.

Even as sales of PCs and tablets saw a major spike in 2020, consumer electronics companies weren’t particularly swift to react — not especially surprising, as the timeline to bring products to market is long, with many unannounced products still in the pipeline.

Arriving today, as a free update on compatible systems, macOS 12 Monterey (in part) introduces some key features introduced in an era of remote work — and life. And it’s likely not a coincidence that the new operating system arrives as Apple hardware, like the MacBook Pro and M1-powered iMac, is finally getting long-overdue upgrades to their camera and microphone setups.

For Apple, that means FaceTime. The company is in a bit of peculiar position on the teleconferencing front, in that — unlike, say Microsoft or Google — it doesn’t have a business teleconferencing platform. Last year, Apple added the ability to host up to 32 people on a call, which certainly opens things up, but as it stands, there’s no “FaceTime for Business.” This is a friends and family deal.

Apple’s video calling app gets some key upgrades this time around. The top of the list addition is SharePlay, which unfortunately has been delayed on desktop and is currently set for a release at some point later this fall. It’s also largely expected to arrive on the soon-to-drop iOS 15.1. The feature is effectively a built-in version of the watch-together features that rolled out last year for streaming services at the height of the pandemic. 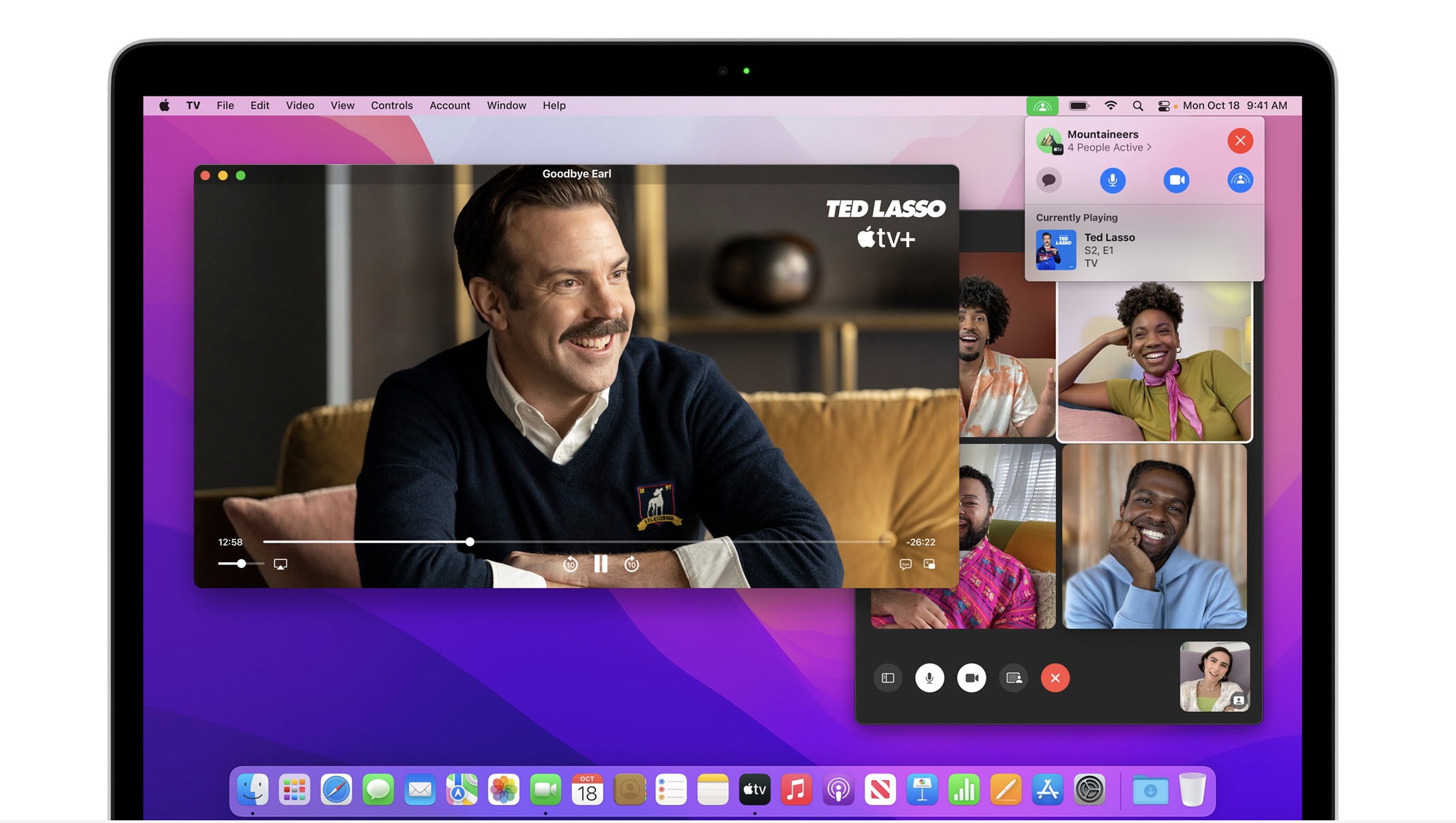 The feature is custom made to support Apple’s own services TV+ and Apple Music, and will work with a handful of launch partners, including Disney+, Hulu, HBO Max, the NBA app, Twitch, TikTok, MasterClass, Zillow, Paramount+ and ESPN+. It’s a healthy cross section of services, but there are some bigger names that are notably absent, including Netflix, Amazon and Spotify.

The feature effectively syncs up video and audio content, allowing users in the group to react to what they’re seeing/hearing in real time. Volume adjusts around speakers’ audio and playback is synced when a user plays/pauses/fast forwards/rewinds. Users will also be able to extend the feature onto a set with an Apple TV.

Also new is a share screen feature, similar to what you’ll find on a service like Zoom, letting you present windows to other viewers on the call. Spatial Audio comes to FaceTime, as well. I recently tried it out while testing the latest AirPods and dug the feature, which uses the position of a speaker’s window to place their audio in that approximate location. It’s a little gimmick for now, but it’s a neat one.

One of the most interesting additions this time out is the ability to join a FaceTime call outside of the Apple ecosystem. Functionality is still limited, but users can create a link, which others can join on Android or Windows devices, through the Chrome or Edge browser. Users don’t need an account to join the call, but someone needs to let them in after clicking the link.

Also new is Portrait Mode — which, again, works similarly to the blur background function we’ve seen on the leading teleconferencing services. Apple says the addition uses the Neural Engine found on the M1. Both this feature and Spatial Audio are only available on systems with the M1 chip, though the blurring of the line the new chips represent for developers seems to point to an acceleration in the adoption of iOS features on macOS. This is a nice change from the days of waiting a couple of updates to see mobile features hit the desktop.

Once again, Safari receives some of the biggest updates here, along with its rethink on mobile. The biggest aesthetic change is a fairly radical move away from the universal search bar.

The new “compact tab bar” moves tabs into small, discrete windows as a space saver. Given how much of a pain such a change can be, Apple is smartly leaving this something you can enable or disable in settings.

Understanding that this is currently a browser tab world and we’re just living in it, Tab Groups lets users share them in bunches, so you can, say, have a “work” or “home” collection. Depending on how you work, that’s either a boon to creativity or another opportunity to cram a bunch of bookmarks away.

Highlighting and right clicking text on a page now lets you add a “Quick Note,” collating all of that information into a single place. It’s a nice addition for those who do a lot of online research. 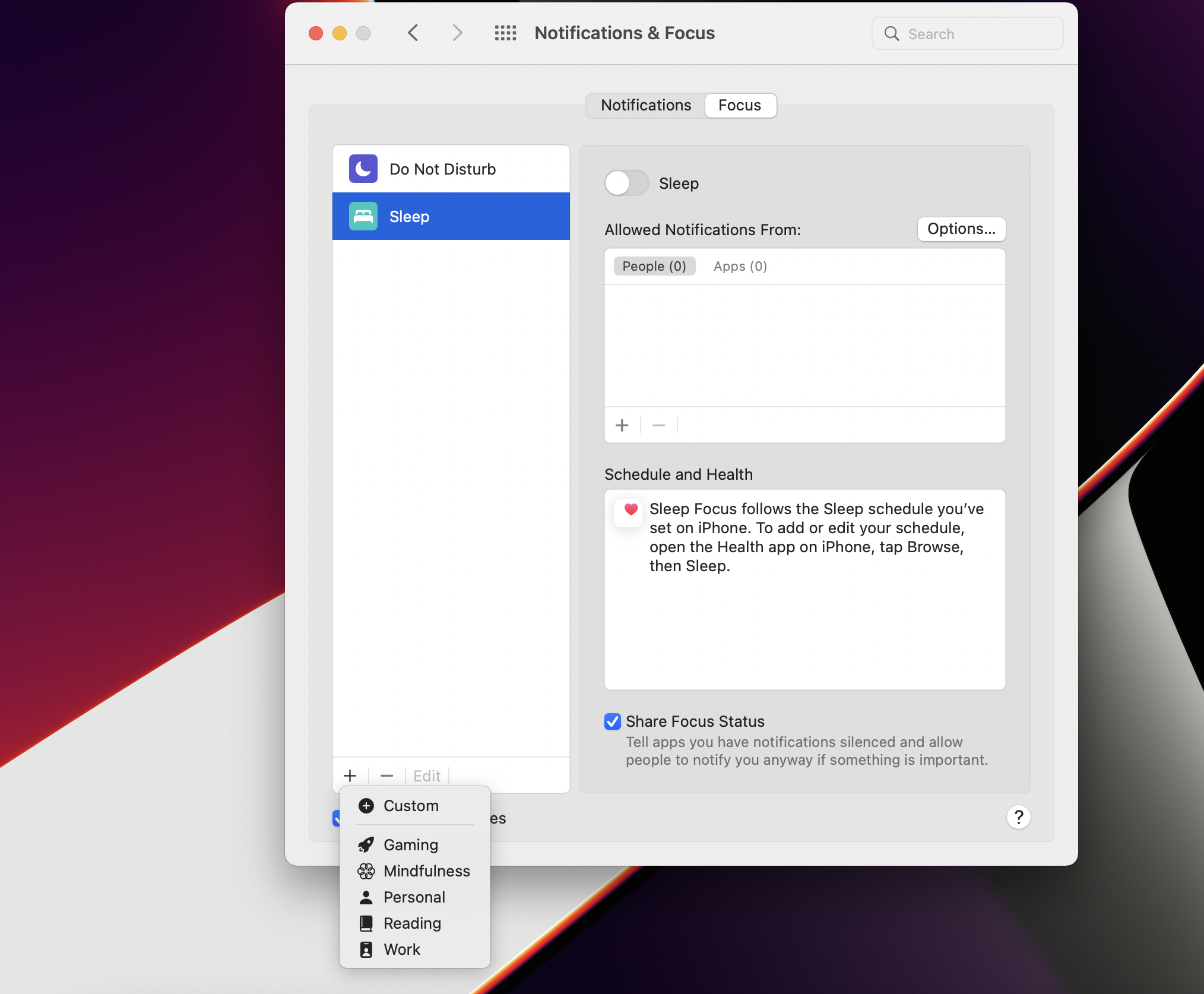 Focus, which was announced as part of iOS 15, let’s you mediate distractions based on activities or times of day. You can, say, limit notifications when you’re meditating, reading, working, etc. These settings are automatically synced across Apple devices. Silenced notifications will also be noted in your messenger app, so people know when you don’t want to be disturbed.

AirPlay to Mac is a long-awaited new feature that, well, does what it says on the tin, effectively letting you cast music, movies and the like to a Mac using AirPlay 2. Makes sense, particularly if you’ve got an iMac and a perfectly good screen and speakers.

Universal Control — one of the more eagerly awaited additions here — is also coming later in the fall. The feature will further blur the line between iPadOS and Mac, letting users drag and drop items between the two for a more seamless AirDrop experience. The two devices can also be controlled by the same peripheral simultaneously, including a keyboard, trackpad or mouse. 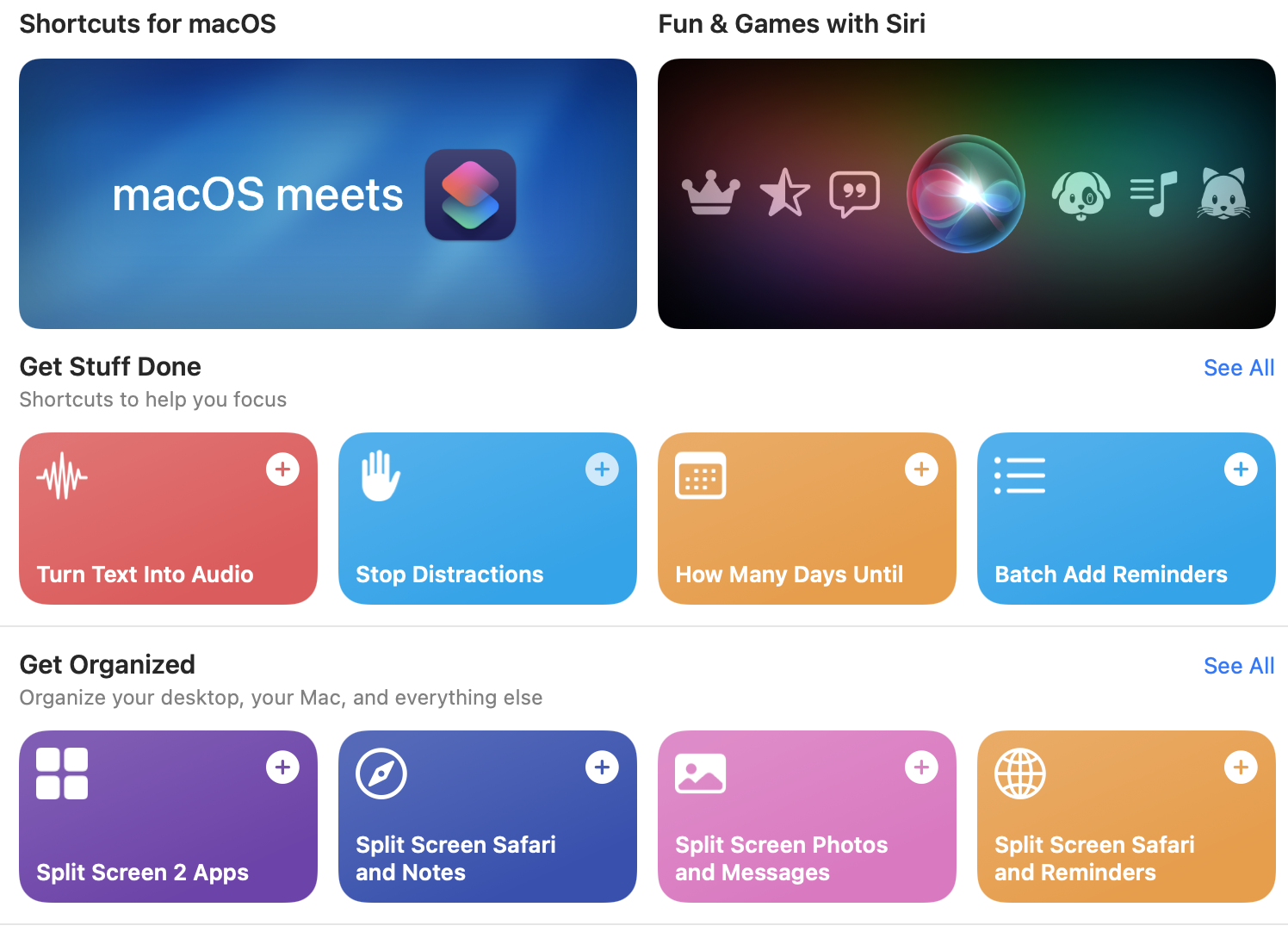 The other big addition here is Shortcuts, the latest feature to be ported over from iOS. The app is effectively replacing long-time favorite Automator, which will be going away at some point in the future. As it stands, shortcut is simpler but may ultimately lack the sophistication of Automator, so Apple is cushioning the blow by letting users convert Automator sequences into Short Cuts. It will keep Automator around for a while, however, as it solicits feedback from users.