Radio has long been described as the most intimate of media. Quips about putting radio on the internet aside, the persistent popularity of podcasting and the cockamamie climb of Clubhouse shows that audio-based platforms will continue to echo around the upper echelons of the ecosystem for a while yet. Joining the fray is Heart to Heart, an audio-first dating app aiming to bring back some intimacy to the process of finding the right person for your next foray, whether that’s a saucy encounter or a mate for life.

“I used to act, and from my time in acting, I saw how much voice, and audio experiences drive intimacy between people,” explains Joshua Ogundu, co-founder and CEO of Heart to Heart. “When it came down to the dating apps, it was never something I could get into. I felt like you needed to come up with a textual one-liner. That was never my way of approaching romantic conversations.”

Heart to Heart is pushing back against the endless swiping and messaging of many of its competitors, offering a contrasting experience to sending the same opening line to dozens of people or typing with your thumbs until deep into the night.

“I believe that the best consumer investments come from people who have unique insights on consumer behavior and ways that new tech products can allow new forms of social interaction,” said Charles Hudson from Precursor Ventures, who led the pre-seed investment round. “I have been a big fan of Josh’s TikTok videos for some time and his ability to poke at the tech industry with timely, relevant videos really showcased his creativity and ability to communicate via short-form video. I think the idea around confirming photos, storytelling, and audio will yield a product that really speaks to people’s unmet needs around communication and will create a whole new way for people to connect.”

While Precursor doesn’t particularly focus on audio-first startups, the team has seen a number of opportunities in that space. It was an early investor in Howard Akumiah’s company, Betty Labs (acquired by Spotify), as well as Isa Watson’s company (Squad), Falon Fatemi’s company (Fireside) and several others that are still in stealth.

“I believe that there is a major wave of interesting activity happening around non-music audio and I believe that we are still in the early innings of non-music, audio-driven social experiences,” says Hudson. “The last two companies that I feel really innovated in this category were Tinder and Bumble. I think Josh and his team have a new mechanic that feels differentiated and unique and I think it has the potential to be the foundation for a new way for people to meet and get to know each other in ways that aren’t easily accomplished today.” 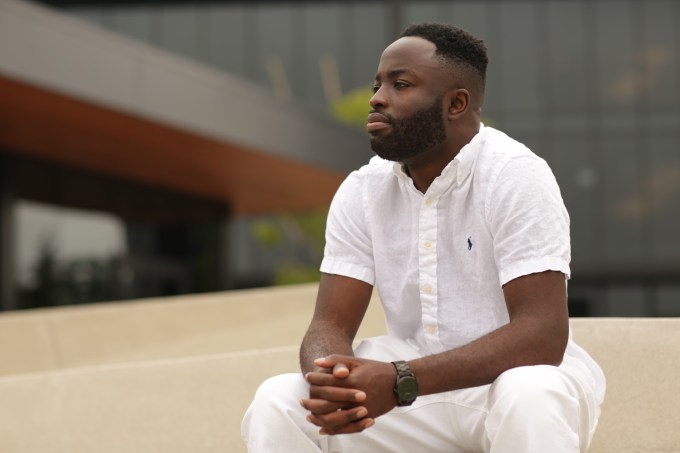 The company raised the pre-seed round of $750,000. The round was led by Precursor Ventures, and Bryce Roberts of OATV & Angelica Nwandu of The Shade Room partnered on the investment, as well as Marie Rocha at Realist Ventures. In addition, a number of angel investors joined the round, including Chris Bennett (Wonderschool), Andy Weissman (USV) and Gregory Levey (Robinson Huntly).

“The main thing we are trying to accomplish with the $750K, is to focus on building our iOS app, and making LA our first launch market,” says Ogundu. “Dating is such a local experience, and it makes sense to us to build and improve locally, then scaling it up from there.”

“Voice is so intentional and intimate, and that is exactly what we’re building here at Heart to Heart,” says Ogundu, suggesting that the voice mechanic is helpful in a dating context because it helps slow people down. “I think that because it takes more energy to send that voice snippet to someone, you’ll be more intentional with who you even look to strike up conversations with.”

The founding team consists of Joshua Ogundu, who wears the CEO hat. He is joined by Arihant Jain and Komal Shrivastava, who have been heading up the engineering and design efforts. The company hopes to get its product to market by the end of the year.