BluePallet, an online marketplace connecting manufacturers with the chemical industry, announced today that it has raised $5 million in a funding round led by Vinmar Ventures, a subsidiary of petrochemical distributor Vinmar International.

The startup also announced today that it has become the first industrial commerce platform to “officially” operate on Alibaba.com. This means that BluePallet’s network of chemical manufacturers and distributors will be exposed to millions of business buyers from around the world who source supply on the e-commerce site.

BluePallet was founded in 2020 through the merger of then three-year-old chemical marketplace EchoSystem and Velloci, a fintech company. BluePallet’s goal is to apply its “market network model” to modernize trade and transactions for a massive industry that has historically lagged when it comes to technology. (I should know, I covered the petrochemical industry in the late 1990s).

The chemical industry is not considered a sexy one, but it supports many other sectors that we all depend on, such as the manufacturing of everyday consumer products, pharmaceuticals and agriculture.

BluePallet says its e-commerce model offers industrial buyers and sellers access to a broader marketplace while at the same time “strictly adhering” to the requirements of regulatory compliance and responsible distribution. It claims that it’s able to give buyers and sellers more control over their supply chain.

The BluePallet site offers three products: TradeHub — a permission-based marketplace where users can find and list products with networking tools; TradePass — a “proprietary” business verification technology that aims to ensure “network integrity” by reviewing thousands of operational, commercial and financial risk data points on “a continual basis”; and TradeCart — a proprietary checkout system that integrates payment processing, authentication and logistics.

In conjunction with the financing, BluePallet is also announcing that it is relocating its headquarters from Chicago to Austin, Texas. The reasoning behind this is closer proximity to Houston, which is home to a robust chemical industry, and to be able to take advantage of Austin’s “vibrant tech and entrepreneurial scene.”

“As we continue to grow, we are setting our eyes to the East and aim to quickly establish a regional presence in Asia,” he added. 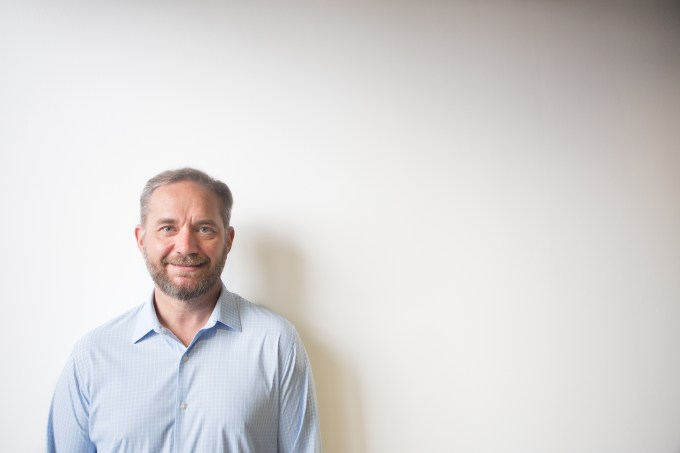 Asia Pacific is the largest region in the global chemicals market, accounting for 49% of the $3.34 trillion industry in 2020. North America is the second-largest region and accounts for 17% of the market. Because BluePallet is partnered with the NACD with access to its 250 member companies and their 750,000 customers, Barrows believes the startup has significant room to grow.

“We’re really challenging and pushing the realms of what can be done in these B2B transactions,” he told TechCrunch.

As the company works to build its marketing network platform, it has attempted to partner with existing fintech companies.

“We found that even the biggest ones had a max of $100,000 per transaction, or that they would not want to do business with the chemical industry, which is crazy,” Barrows told TechCrunch. “So we decided we’re going to go solve this problem for the $5 trillion chemical industry, and build this technology ourselves.”

In what Barrows believes is a strong differentiator, he says that BluePallet is able to handle transactions of up to $1 billion.

“Now that we can move money in this way, we’re building into more and more international markets,” he said. “We think this is the key, and that’s missing in a lot of these new offerings by a lot of startups.”

He also emphasizes that BluePallet is more than a “matchmaker.”

“Most other sites are literally just matchmakers and that’s it,” he said. “They have no ability to actually complete a transaction and instead make the parties go complete the transaction offline. So this is really going to change and improve the way that people in the industry are doing commerce.”