Shared micromobility operator Bird announced that it has secured commitments from Apollo Investment Corporation to raise its existing $40 million vehicle financing credit facility to $150 million. The upsize goes into effect once the SPAC deal with Switchback II Corporation officially closes.

The shareholder vote to approve and confirm the business combination is scheduled for November 2. This announcement, coming just weeks ahead of Bird becoming a publicly listed company, could potentially be a move by the company to instill investor confidence before the bell rings.

“With the increased liquidity provided by the upsized facility, we believe we are well positioned to support our expansion plans,” Ling said in a statement.

The news comes just a day after Bird announced it would be manufacturing “tens or hundreds of thousands” of vehicles equipped with its new location-based sidewalk riding detection technology over the next year, the type of scale that would require a large upfront capital investment. Bird says Apollo will fund the vast majority of vehicle purchases, allowing Bird to pay a small upfront amount to the financing solutions company initially, with plans outlined to pay the total amount back over about nine months as it generates revenue. 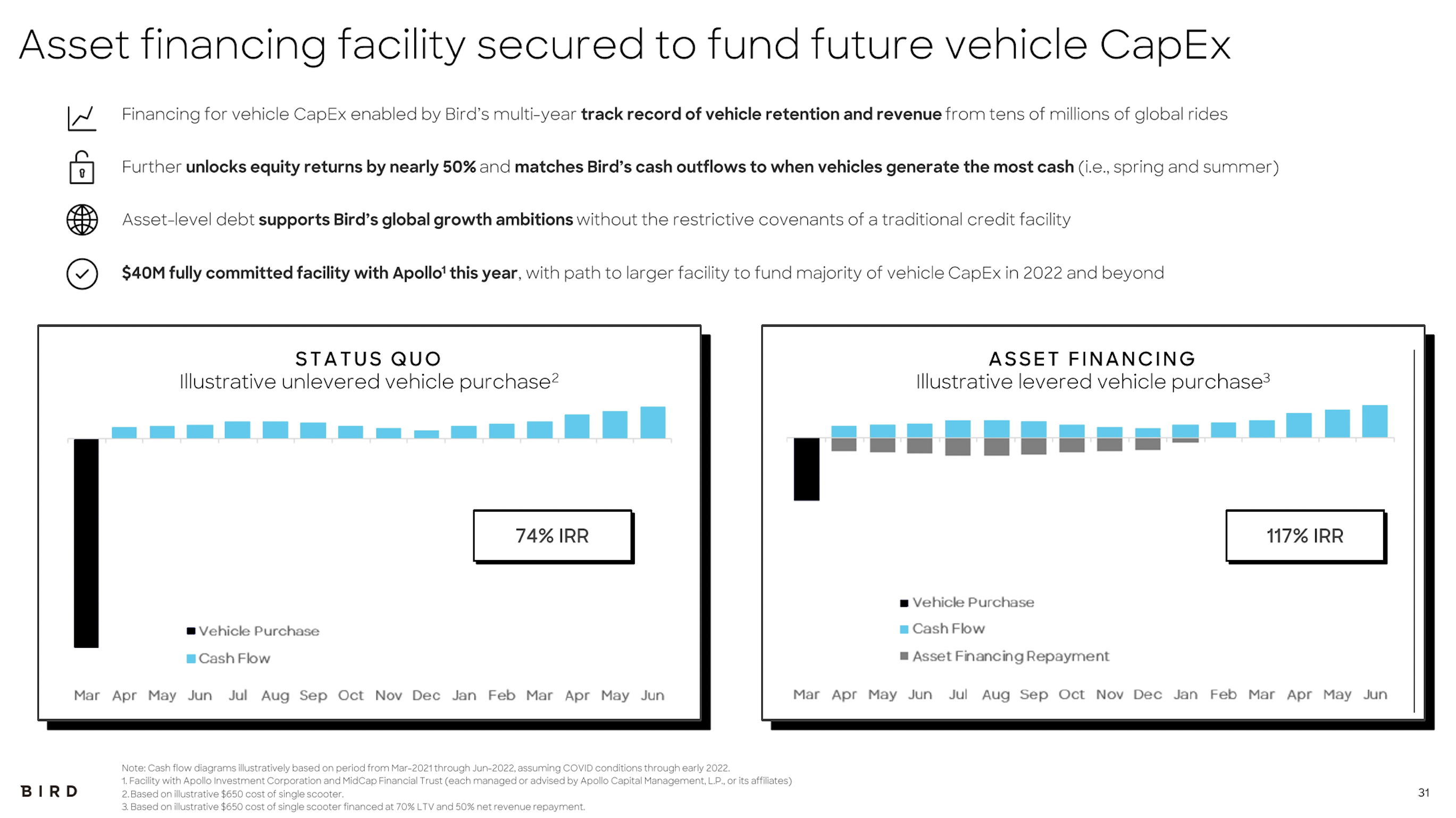 Sources familiar with the terms of the credit facility say vehicle financing, upsize notwithstanding, already helps Bird to be more capital efficient, giving it access to deep pockets in the winter, when Bird usually purchases vehicles, and time to generate revenue in the spring and summer months. The repayment terms of the credit facility are still the same as when Apollo initially committed $40 million, per Bird’s SEC filing. Because Apollo’s collateral is the vehicles themselves and cash from the vehicles, Bird can only pay back its debt from revenue earned by the vehicles.

While the upsize is new, it’s not surprising. Bird had already stated an objective to expand its vehicle financing capabilities to fund the majority of vehicle CapEx in 2022 and beyond when it presented its investor deck back in May, so Apollo’s increase appears to be in line with those goals.