Living in Lagos, the commercial city of Nigeria, is not for the faint of heart. The city, occupied by around 14 million people, is the largest in sub-Saharan Africa.

And due to traffic congestion and long working hours, most busy professionals find it hard to cope with mundane tasks ranging from cooking to home cleaning.

Though restaurants and domestic cleaning companies provide options for people who want to outsource these tasks, the market is still open for providers who can offer better convenience and quality.

Eden Life, strategically positioning itself as the go-to platform for home service needs, has raised a $1.4 million seed round to deepen its market share.

When the founders, ex-Andelans (a term to describe previous Andela staff), launched the home service app two years ago, it raised some eyebrows. At the time, founders were increasingly launching ventures in fintech, e-commerce and logistics, so it was surprising to see Enegesi and his co-founders choose to tackle a space many felt couldn’t be profitable for a tech company in Nigeria.

“The reason was personal for us,” Enegesi, the startup’s CEO and a co-founder of unicorn Andela, said in an interview. The founders started talking about the concept of home services just when the now-popular idea of Nigerians leaving en masse in search of greener pastures was taking shape.

Enegesi could relate to why people were desperate to move. Comparing his previous stay in Toronto to Lagos, the CEO noticed that his quality of life had taken a massive hit in a city several reports have described as one of the worst places to live in the world.

While prevalent stressors such as inadequate power and bad roads are out of reach for citizens to address, the founders felt providing home services such as food delivery and laundry was within reach and would improve the quality of life for some professionals in the city.

After raising a $600,000 family and friends pre-seed round, Eden Life launched to target millennials and Gen Zs who live hectic lives, especially those in the tech space that work as executives, developers and freelancers. 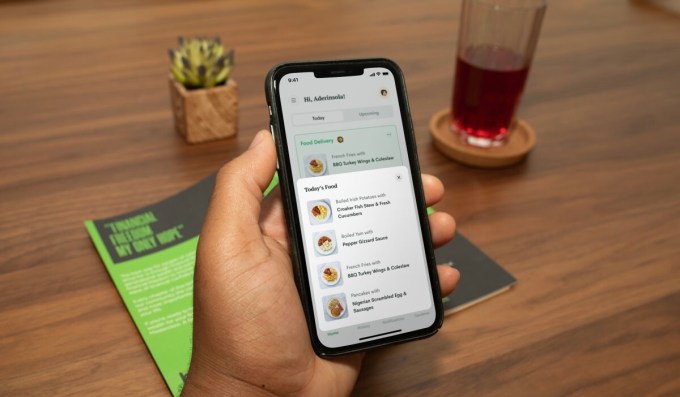 Customers can subscribe to one or three of the services and, according to the company, people try out its food services before the others and it’s not hard to see why.

Initially, Eden employed a basic distribution model where it delivered food picked by customers from a wide range of third-party service providers. But the process soon became challenging for the company from a quality standpoint.

By the tail end of last year, the company figured that if it wanted to provide the best experience to its customers, it needed to invest in setting and building these standards. What followed was a vertical integration in the food department as Eden launched its kitchen and now produces its meals, significantly improving the food experience for customers.

Access to laundry and home cleaning services are slightly different, though. For the former, Eden works with established laundromats in various locations in Lagos and owns a network of freelancers that it trains quarterly to run the cleaning end of things. Then, logistics company Gokada handles about 75% of the company’s delivery of food and laundry.

What’s traction like for the company? I, for one, am an avid user of Eden’s food service, and more than 600 people use one to three of the services. An average customer uses two services five times per week.

Across the board, customers pay an average subscription of $100 monthly — a fee that can cater to a daily food plan or a weekly cleaning and bi-weekly laundry plan. These plans are overseen by trained professionals called gardeners who constantly communicate with Eden users to give prompts and accept feedback.

Quick math of customer base and average subscription shows Eden makes around $60,000 in monthly revenue. However, the CEO declined to comment on a specific figure, only saying the company makes more revenue than the proposed number.

According to LocalGlobe general partner Remus Brett, Eden’s customer obsession and attention to detail alongside a vital first-mover advantage stood out for the lead investor.

He said his firm “fell in love with Eden Life’s vision for the future of home services in Africa” and that “the combination of this advantage with a core team who has proven experience building African tech to unrivaled levels sets Eden Life on an exciting path of growth.” 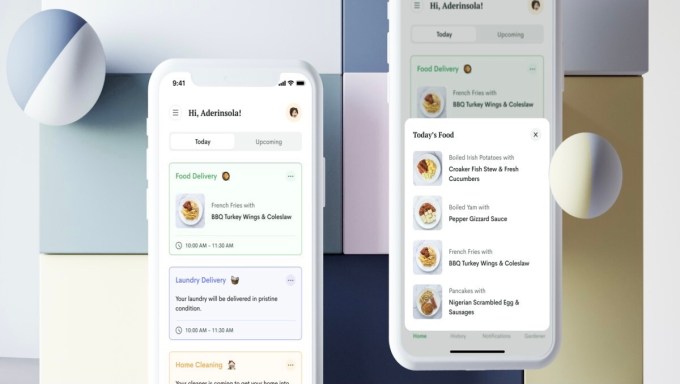 Since launching, Eden Life has delivered over 60,000 services in Lagos alone. The company has yet to move into other markets in Nigeria and will not deploy this funding for that either. Instead, Eden plans to put it toward building its in-house technology, scaling its team, and food production facilities and operational hubs for distribution (presenting an opportunity to explore the dark kitchen model).

“Lagos is a tough market, and we have to make sure everything works,” Enegesi said. “We’ve had to keep fine-tuning and our focus right now is like making this thing very smooth here. After that, we’ll start having conversations about where do we expand next.”

Africa is the fastest urbanizing continent in the world with an increasing middle class. And though Eden Life isn’t planning on moving into other markets, for now, some regional players such as home cleaning service SweepSouth are moving into the West African country.

But Enegesi isn’t worried; the models are quite different. Eden operates horizontally, combining food, laundry and home cleaning services, while SweepSouth has more of a vertical approach with home cleaning.

From a lean model’s perspective, running a single service and adding others as you scale appears to be a better model than operating three services concurrently. Yet, the expansive model has worked perfectly for Eden thus far.

“Our strength is operational complexity because solving one of these things is not going to create that experience we want for our customers,” the CEO said. “It is important that we build a full-suite home experience for people, and does it mean that it might take longer than other things? Sure, but it also means that it will be tough for people to compete against us. As I said, it’s personal, and something like this must exist. And fortunately, we are the ones that get to do it.”

Though Eden has a vertical integration strategy to own and manage its entire supply chain and deliver its services without the need for third-party providers, it will be rolling out more horizontal products as well in the coming months.