If you’ve ever had to take out a loan, you know just how many documents are involved in the approval process.

The process is tedious and time-consuming, and in many more cases than you’d expect — still manual.

Ocrolus is a startup that is hoping to change that with an automation platform that it says analyzes financial documents with over 99% accuracy. To that end, the New York-based company today has announced that it has raised $80 million in Series C funding toward its mission of helping lenders automate the underwriting process.

The company is one that is refreshingly transparent about its financials. From the first quarter of 2018 to the second quarter of 2021, Ocrolus has grown its revenue from $1 million to $20 million in annual recurring revenue (ARR), according to co-founder and CEO Sam Bobley. It has managed to land a number of high-profile fintech customers, including Brex, Enova, LendingClub, PayPal, Plaid and SoFi.

And it’s done that by spending roughly $10 million in total sales and marketing expenses, Bobley said.

Now it’s ready to go after more traditional financial institutions too. With its new capital, the startup plans to “more aggressively” build products for the mortgage lending and banking industries and expand its U.S. operations.

In a nutshell, the company aims to help lenders make “faster, data-driven decisions.” Its technology can classify financial documents, capture key data fields, detect fraud and analyze cash flows, according to Bobley. It’s clear that the COVID-19 pandemic has led to a digital acceleration in many industries, with financial services being among the most affected. Prior to the pandemic, less than 1% of loans in the world were made online, notes Bobley. But since the COVID-19 outbreak, demand for digital lending technology among traditional financial services firms has “accelerated dramatically.”

“Now, as COVID-19 has forced financial institutions to evolve, every lender and bank has no choice but to offer online options to customers,” he said.

Fin VC managing general partner and founder Logan Allin agrees, pointing out that fintechs and banks alike still struggle with “mountains” of digital and paper documents in extracting the financial data they need to process and analyze during the loan application process.

“Ocrolus has emerged as one of the pillars of the fintech ecosystem and is solving for these challenges using OCR, AI/ML, and big data/analytics,” he wrote via email. “We believe that Ocrolus is just getting started in terms of the use cases and scope of their platform and we are excited about this unconstrained TAM.”

Ocrolus is not the only player in the space, but what’s helping drive its growth and set it apart, Allin believes, is its fraud detection and compliance overlay capabilities, as well as its tailored analytics and benchmarking capabilities for its customer base.

Interestingly, Ocrolus started with the intent to automate the long-term care Medicaid application process. It found that “well-paid professionals” were spending their time combing through documents page by page, line by line.

“So we started to research the problem and what we learned is that existing technology in the market simply was not accurate enough to be useful,” Bobley told TechCrunch. Tech giants such as Microsoft, Amazon and Google offer OCR products, but many struggle at reading text off of PDFs and images, particularly when the documents are semi-structured or unstructured, Bobley said. It’s also difficult for machines to make sense of all the varying formats.

“We wanted to create a new way of doing this. And what we did was we built a machine learning-based platform that also incorporates humans,” he said. “The goal was that no matter what the document that was submitted looks like — if it’s a clean document from Chase, or a blurry cell phone image from a community bank in Kansas — we’ll be able to process it with perfect accuracy.”

Whatever the solution can’t do automatically, it slices into smaller tasks and routes to its own team of analysts and quality control specialists to perform data verification. The company then uses a series of algorithm checks to make sure its workers did the work correctly. 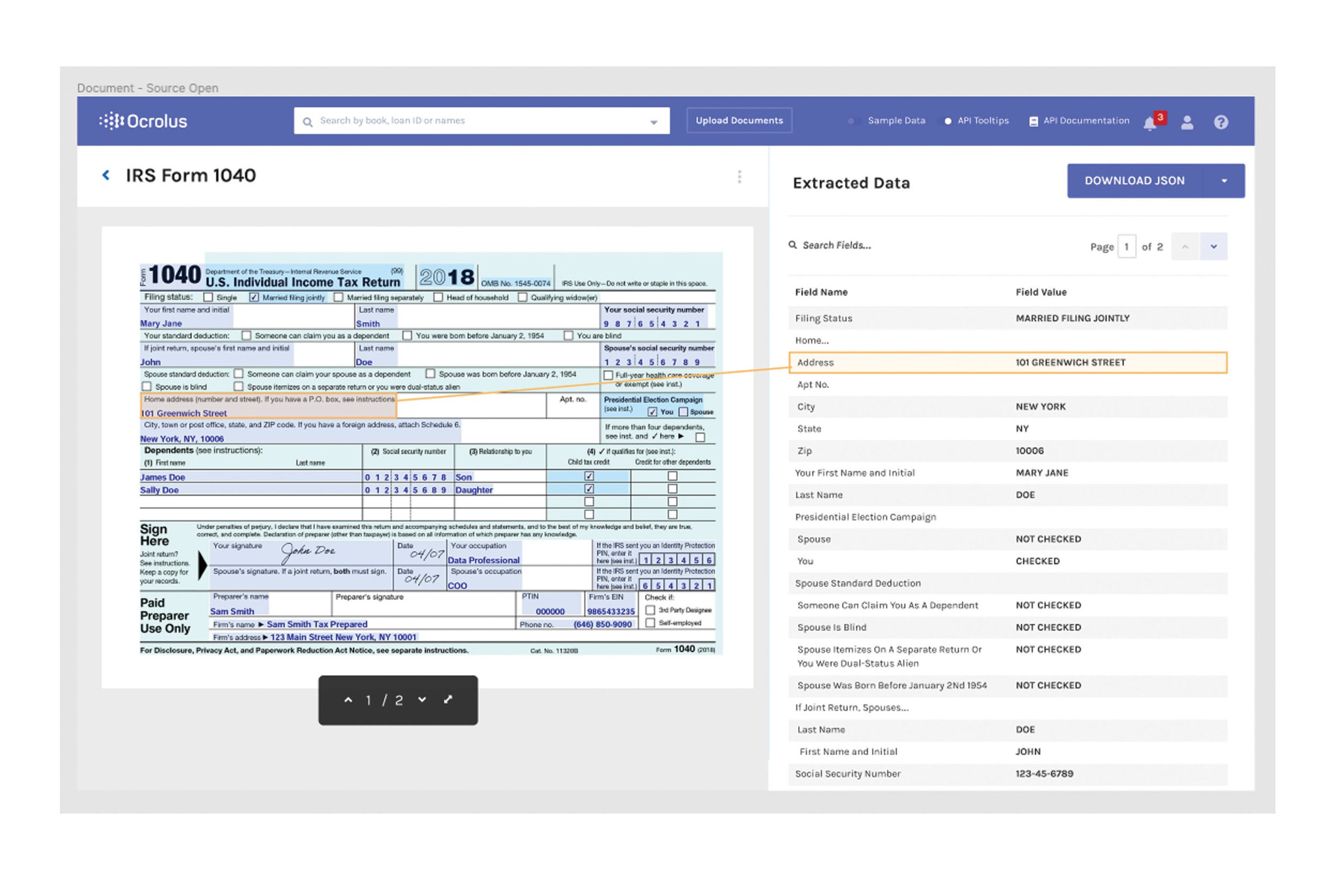 About a year or so into the company’s life, the team realized that “lending was a much bigger and more attractive market opportunity”  than Medicaid.

By 2016, the company had launched its official product and was generating revenue.

“One of the benefits of our software is that it has really helped fintech lenders scale,” Bobley said. “Our product, frankly, is 10x better than doing it manually. Once we processed the loans instantly or in a matter of minutes, when everybody else was taking hours or days, people started to come to us — including big fintech lenders — without us even having a sales force.”

And for Bobley, the startup is more than just about speeding up the loan process. It is also about financial inclusion.

The company plans to also use its new capital to continue to hire, with a focus on its machine learning and data science teams. It’s also planning to open a new data quality control facility in Florida to accommodate financial institutions and government entities with onshore data requirements.