When founder Somdip Dey was a computer science masters student at the University of Manchester, his parents got in a terrible car accident. He sent all of his money back to his parents in India to help with their medical bills, but then he faced a problem familiar to too many: If he wasn’t going to get paid for another week, how was he supposed to feed himself?

“Luckily, this happened around when the summer holiday started, so a lot of students were moving out and literally throwing away unopened food,” Dey remembered. “I realized that there’s too much waste that could be used by other people who might need it.”

This helped him stay fed in a time of crisis, but as an AI researcher, he started to think about how technology could help reduce food waste and get hungry people fed. As Dey finished his masters and moved on to pursue a PhD at the University of Essex, he developed a company called Nosh Technologies alongside co-founder Suman Saha.

With almost 13,000 users across Android and iOS, the Nosh app helps users log their groceries’ expiration dates to remind them to use what they bought before it goes bad.

Using AI, the app learns about user’s consumption and waste habits, producing weekly analytics that help the user reduce their waste and save money at the grocery store. The app can scan barcodes and even grocery receipts directly into the app, but users can also input data manually. Then, once the contents of a user’s pantry and fridge are loaded into the app, they can search for existing recipes online that will help them use up their stock before it goes to waste.

In the future, Dey wants to offer a premium subscription, which would include access to an AI that would generate new, personalized recipes based on what food you have at home.

“Our current users reported that using the app, they ended up saving almost 40 to 50 pounds every month, which they might have wasted,” Dey told TechCrunch. 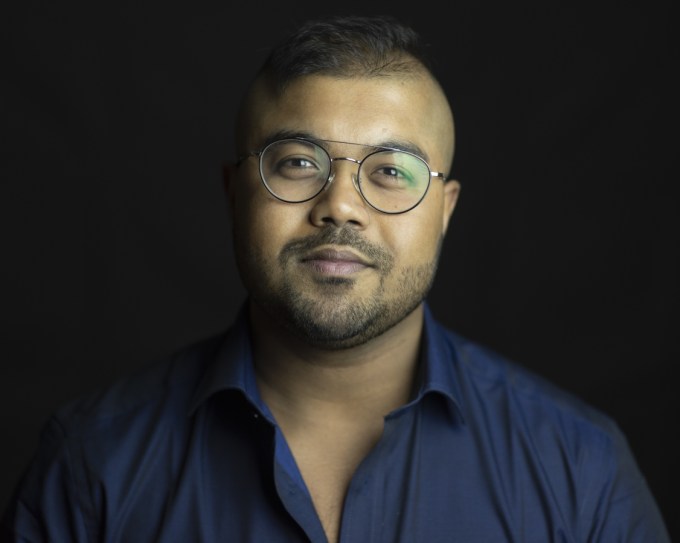 As part of Startup Alley at TechCrunch Disrupt, Nosh is unveiling its newest features, which fall more in line with Dey’s original inspiration for the company. These include Nosh Daily, a companion blog to the app, and Nosh Shop, which allows restaurants to sell at a discounted rate food that might go bad soon.

By charging a 10% service charge, the startup can begin earning some money — right now, it has only raised £33,000 in pre-seed money and has nine employees. From that service charge, Dey says about 3% will be donated to charities combating food waste.

To Good To Go, also based in Europe, recently raised $31.1 million to achieve the same goal as Nosh Shop. But Dey says that Nosh differentiates itself by allowing restaurants to sell their food at a higher price than To Good To Go. This would motivate more restaurants to use their app (and in return, reduce food waste) since they can turn a better profit. To Good To Go sells food at one-third its original price, but Nosh Shop would allow restaurants to price their soon-to-be-spoiled meals at up to 70% off the original price.

While this might help restaurants, it’s up to consumers to decide if they’ll pay for that food at less of a discount. To start, Nosh Shop will roll out locally in selected places in the U.K.