PhonePe, one of the largest digital payments services in India, on Thursday launched Pulse, a free product to offer insights into how people in the world’s second-largest internet market are paying digitally.

And PhonePe would know: the Flipkart-backed five-year-old startup said its insights are based on over 22 billion transactions it has processed over the years.

Pulse offers an unprecedented level of understanding of the inroads digital payments and various financial services have made across Indian states, districts and over 19,000 postal codes. The new product offers a range of granular data, including how many of its transactions in a state were made between users, to merchants, and to pay utility bills.

The startup, which has anonymized users’ data, will publish new data and analysis periodically, and one major report each year, it said. The startup also published its maiden report (PDF) Thursday. 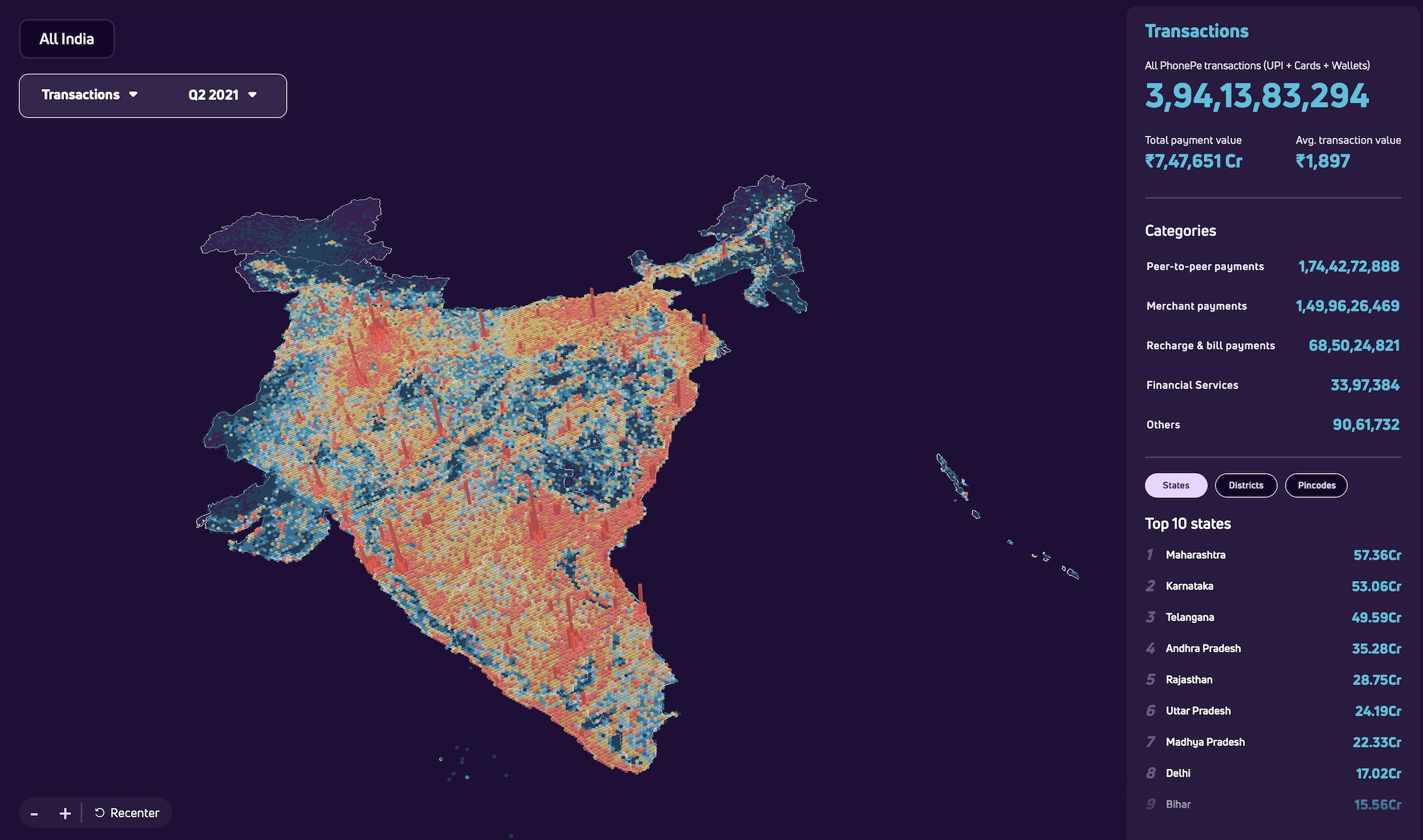 PhonePe co-founder and chief executive Sameer Nigam said at a virtual conference that PhonePe is also making its insights available through an API for academics, analysts, the government, policy makers, regulatory bodies and other players to use at no charge.

More than 100 million Indians have started to transact digitally in the past five years buoyed by New Delhi’s move to invalidate much of the cash in circulation in 2016 and establishment of UPI rails by retail banks in India that offers interoperability across apps. UPI has emerged as the most popular way Indians pay digitally today and PhonePe commands more than 40% of its market share.

The sudden surge in the adoption of mobile payments has also attracted several international giants — including Google, Facebook, Amazon and Samsung — to launch their payment offerings in the South Asian nation. India’s mobile payments market is estimated to be worth $1 trillion by 2023, according to Credit Suisse.

The rationale behind launching Pulse, an effort that was initially conceptualized by the startup’s communications team, is to offer clarity to people on the digital payments behavior as there has been too much unverified noise in the industry, PhonePe executives said at a virtual event Thursday.

“When we started PhonePe five years back, we struggled to get reliable granular data on digital payments trends across the country. We had promised ourselves that if we are successful and gather enough data on our platform, we would open it for anyone who wants to get deeper insights on the Indian payments industry. We built PhonePe Pulse because we can, and crucially because we should help unlock opportunities for others to build in India,” he said.

When asked about potentially losing the competitive advantage, Nigam said PhonePe is publishing the data for the greater good and he encouraged other players in the industry to also take similar steps. The data could help businesses better inform their decisions, he said.