Meditation app Headspace this morning announced plans to merge with on-demand mental health service Ginger. Barring unforeseen regulatory roadblocks, the two companies will combine to form Headspace Health. The new organization would sport a combined value of $3 billion and a headcount of more than 800.

The merger comes during accelerated usage of both parties, as a seemingly endless pandemic has put a strain on mental health across the globe and many have turned to virtual solutions to address the growing problem.

“We are witnessing a mental health crisis unlike anything we’ve experienced in our lifetimes, yet the majority of mental healthcare today is neither broadly accessible nor affordable,” Headspace CEO CeCe Morken said in a statement. “Together, as Headspace Health, we will address the systemic challenges of access and affordability in a fundamentally different way by creating the world’s most holistic, scalable, and effective mental health and wellbeing company.”

Morken will become the president of Headspace Health, while current CEO Russell Glass will serve as the new company’s CEO. 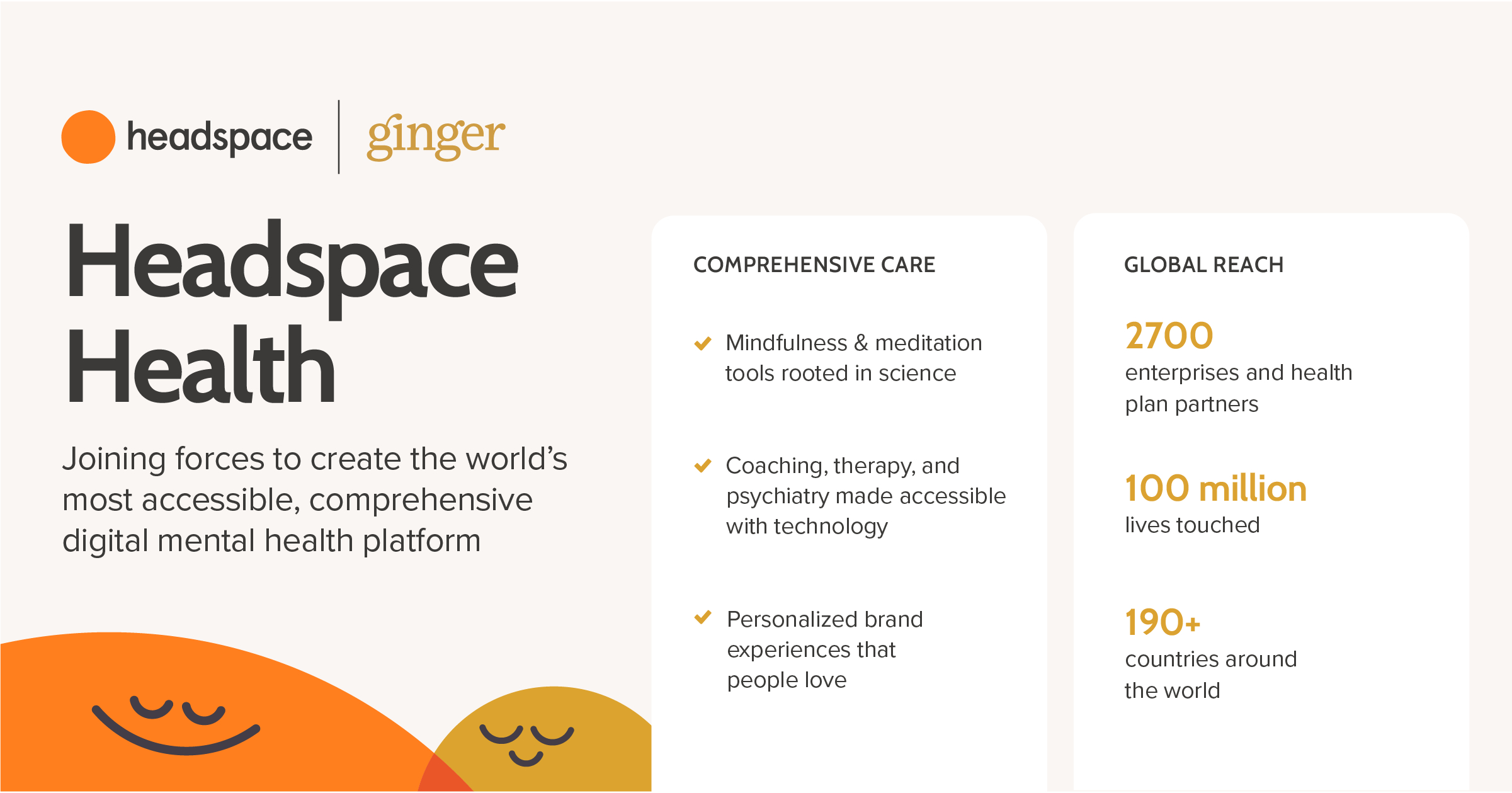 “Headspace and Ginger have a shared recognition that the mental health crisis can’t be solved by simply hiring more therapists or moving care online,” Glass said. “Through this merger, we can uniquely tackle the full spectrum of mental health needs — from prevention to clinical care — all from one integrated platform.”

Ginger announced a $50 million Series D roughly one year ago and a $100 million Series E this March, bringing its total funding north of $220 million. Headspace, meanwhile, has raised $216 million, courtesy of last year’s $100.7 million Series C. Headspace is one of the top global meditation apps, along with chief competitor, Calm. The new company would find it pushing well beyond its current mindfulness focus to, “provide the full spectrum of proven, effective virtual support – from mindfulness and meditation, to text-based behavioral health coaching, to video-based therapy and psychiatry – for all types of patient populations.”

Just as importantly, the combined company would push beyond a direct to consumer model, including a corporate and Medicaid plan focus.

Further details of the deal have not been disclosed. The deal is expected to close in Q4.