San Francisco-based Postman, which operates a collaborative platform for developers to help them build, design, test and iterate their APIs, said on Wednesday it has raised $225 million in a new financing round that values it at $5.6 billion, up from $2 billion a year ago.

The startup’s new financing round — a Series D — was led by existing investor New York-headquartered Insight Partners, with participation from existing investors Nexus Venture Partners and CRV. New investors, including Coatue, Battery Ventures and BOND, also participated in the new round, which brings the total raise across all rounds to more than $430 million.

APIs provide a way for developers to connect their applications to other internal and external applications. But it’s a space that until the past decade not many firms have attempted to streamline. (Developers relied — and many continue to do so — on open-source CLI tools such as curl and HTTPie. That said, Postman now has a number of competitors, including Stoplight, and a16z- and Tiger Global-backed Kong.)

Abhinav Asthana, a former intern at Yahoo, faced this frustration firsthand and built a Chrome extension for himself and friends.

Little did he know just how many developers and firms needed it, too.

The six-year-old startup’s product, which began its journey in India, is today used by more than 17 million developers and over 500,000 organizations, including Microsoft, Salesforce, Stripe, Shopify, Cisco and PayPal.

The list is big: Postman co-founder and chief executive Asthana told TechCrunch that 98% of the Fortune 500 companies are customers of Postman.

“We are solving a fundamental problem for the technology landscape. Big companies tend to be slower as they have many other things on their plate,” he told me two years ago. 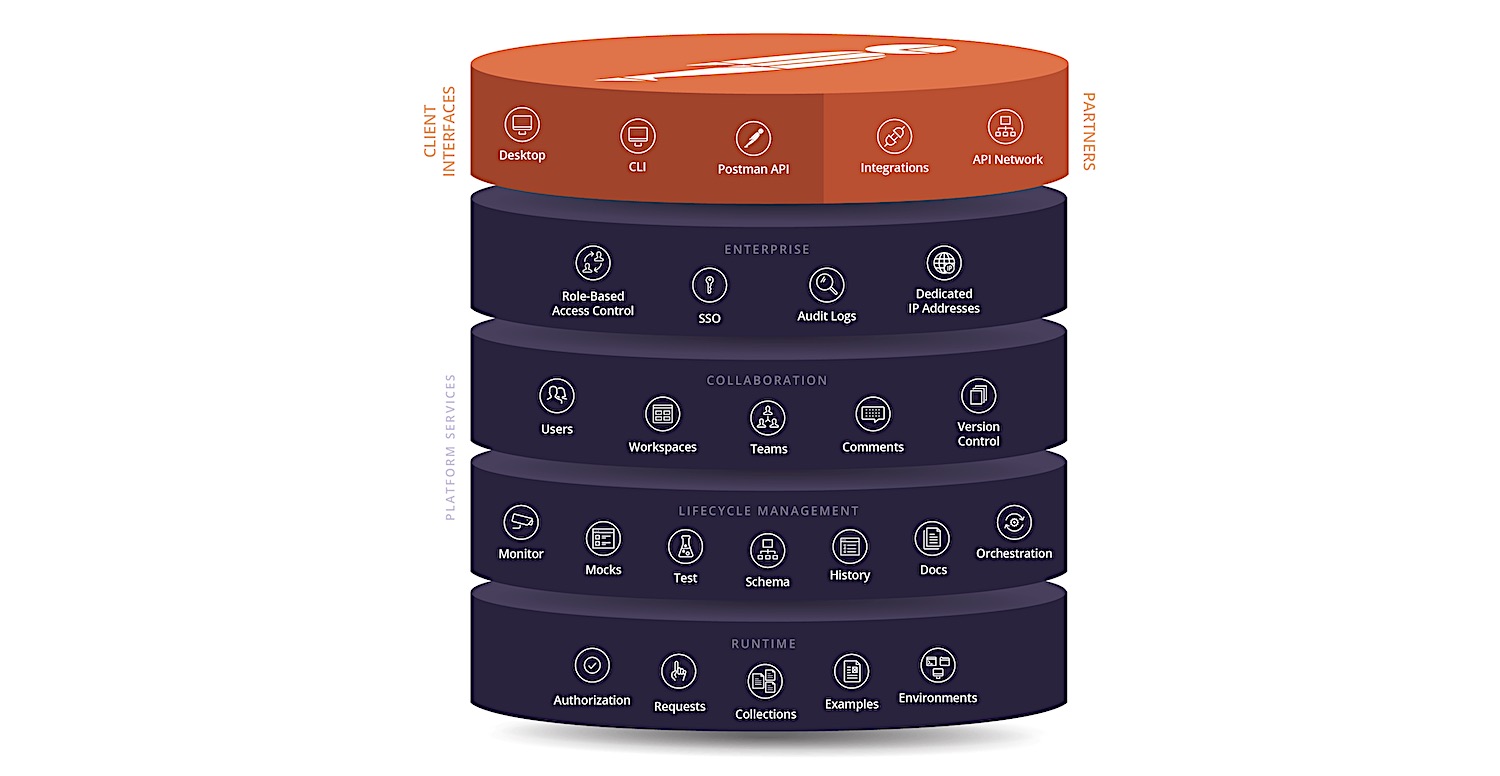 “Every company in every industry in the world today uses APIs and needs an API platform. This trend is only growing with the move to cloud and digital experiences,” he said in a recent interview with TechCrunch.

The startup today leads the market. Which would explain the investors’ excitement. Postman declined to share its revenue but its new round was financed at over 100 multiples of that, according to an investor with knowledge of the matter.

Postman’s platform is crucial for developers, but it was only recently that the startup expanded to create a public marketplace for developers and firms to find ready-made APIs to use.

“The Postman Public API Network connects millions of developers around the world and provides them with a space dedicated to discovering, exploring and sharing of APIs. This was ultimately driven by our creation of public workspaces, which allows users to connect across different organizations,” Asthana said.

“With the emergence of APIs, we believe that this will usher in the next generation of no-code and ‘citizen developers.’ We encourage a world filled with innovation for everyone with different backgrounds and varying levels of technical experience. More and more, we’re seeing people in sales, marketing, and finance become more comfortable with APIs and become the champions of this technology,” he said.

The startup, which employs more than 425 people, plans to deploy the fresh funding to hire more employees across sales, marketing, product and engineering divisions.

Postman will also “heavily” invest in broadening its product roadmap. “We are expanding the Postman platform across areas that technical users need along with supporting the needs of business users. At a high level, we are investing in supporting workflows for all kinds of APIs — whether they are private APIs, partner APIs or public APIs,” he said.

Some upcoming items on the roadmap include a new version of the Postman API, support for protocols like gRPC, ProtoBuf and more extensive capabilities for GraphQL. “We are also focusing heavily on integrations with other vendors in the software development lifecycle like AWS, Git hosting providers like GitHub and GitLab. We are also releasing our Flow Runner tool, a no-code API composition tool to enable anyone to build API driven programs.”

The startup also plans to invest in supporting students through API literacy programs and contribute toward open-source projects.

“APIs have quickly become the fundamental building blocks of software used by developers in every industry, in every country across the globe — and Postman has firmly established itself as the preferred platform for developers,” said Insight Partners Managing Director Jeff Horing in a statement.

“Postman has the opportunity to become a key pillar of how enterprises build, deliver products, and seamlessly enable partnerships across the ecosystem. Their continued, rapid expansion and strong management team point to a future for Postman with virtually unlimited possibilities.”