Aforza, developing cloud and mobile apps for consumer goods companies, announced a $22 million Series A round led by DN Capital.

The London-based company’s technology is built on the Salesforce and Google Cloud platforms so that consumer goods companies can digitally transform product distribution and customer engagement to combat issues like unprofitable promotions and declining market share, Aforza co-founder and CEO Dominic Dinardo told TechCrunch. Using artificial intelligence, the company recommends products and can predict the order a retailer can make with promotions and pricing based on factors like locations.

The global market for consumer packaged goods apps is forecasted to reach $15 billion by 2024. However, the industry is still using outdated platforms that, in some cases, lead to a loss of 5% of sales when goods are out of stock, Dinardo said. 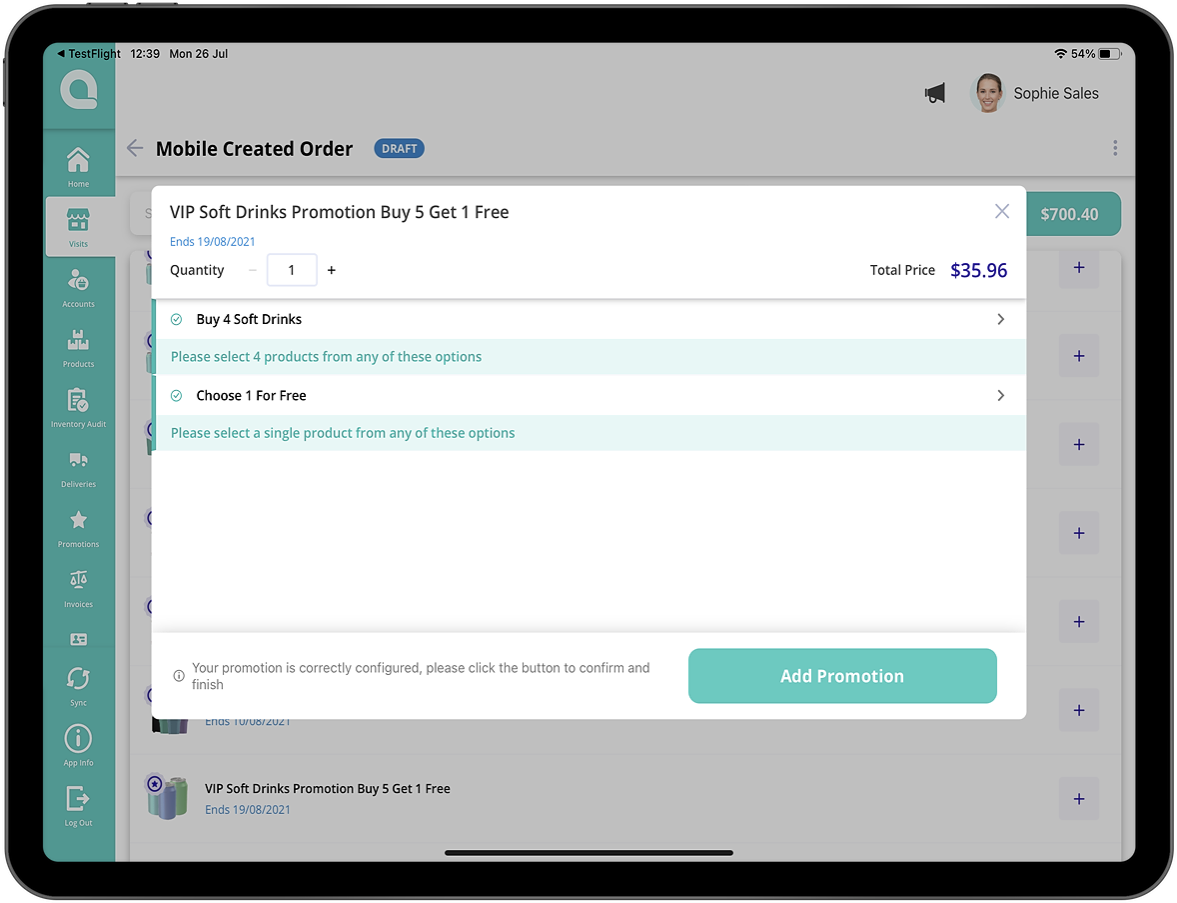 Dinardo and his co-founders, Ed Butterworth and Nick Eales, started the company in 2019. All veterans of Salesforce, they saw how underserved the consumer goods industry was in terms of moving to digital.

Aforza is Dinardo’s first time leading a company. However, from his time at Salesforce he feels he got an education like going to “Marc Benioff’s School of SaaS.” The company raised an undisclosed seed round in 2019 from Bonfire Ventures, Daher Capital, DN Capital, Next47 and Salesforce Ventures.

Then the pandemic happened, which had many of the investors leaning in, which was validation of what Aforza was doing, Dinardo said.

“Even before the pandemic, the consumer goods industry was challenged with new market entrants and horrible legacy systems, but then the pandemic turned off pathways to customers,” he added. “Our mission is to improve the lives of consumers by bringing forth more sustainable products and packaging, but also helping companies be more agile and handle changes as the biggest change is happening.”

Joining DN Capital in the round were Bonfire Ventures, Daher Capital and Next47.

Brett Queener, partner at Bonfire Ventures, said he helped incubate Aforza with Dinardo and Eales, something his firm doesn’t typically do, but saw a unique opportunity to get in on the ground floor.

Also working at Salesforce, he saw the consumer goods industry as a major industry with a compelling reason to make a technology shift as customers began expecting instant availability and there were tons of emerging startups coming into the direct-to-consumer space.

Those startups don’t have a year or two to pull together the kind of technology it took to scale. With Aforza, they can build a product that works both online and off on any device, Queener said. And rather than planning promotions on a quarterly basis, companies can make changes to their promotional spend in real time.

“It is time for Aforza to tell the world about its technology, time to build out its footprint in the U.S. and in Europe, invest more in R&D and execute the Salesforce playbook,” he said. “That is what this round is about.”

Dinardo intends on using the new funding to continue R&D and to double its employee headcount over the next six months as it establishes its new U.S. headquarters in the Northeast. It is already working with customers in 20 countries.

As to growth, Dinardo said he is using his past experiences at startups like Veeva and Vlocity, which was acquired by Salesforce in 2020, as benchmarks for Aforza’s success.

“We have the money and the expertise — now we need to take a moment to breathe, hire people with the passion to do this and invest in new product tiers, digital assets and even payments,” he said.