As fintech Acorns plans to go public later this year, it has named former Twitter and DreamWorks animation exec Rich Sullivan to serve as its new chief financial officer.

Sullivan joins Acorns from Twitter, where he led corporate finance and FP&A. Prior to Twitter, he held executive positions at STX Entertainment and DreamWorks Animation, where he served as the company’s Deputy CFO. Sullivan has also held various roles at AT&T. 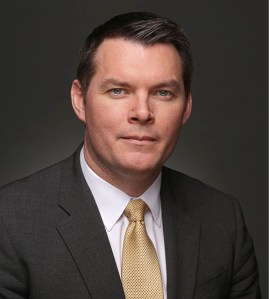 Acorns CEO Noah Kerner told TechCrunch that he was drawn to the executive’s experience in subscriptions, family and in “high-growth” technology as he thought about the consumer fintech’s long-term roadmap.

“Those are obviously all really relevant to what we’re doing at Acorns,” he said.

Since its 2012 inception, the company has evolved its offering to also include investment services, debt management and a product aimed at children, Acorns Early. It has more than 4 million subscribers that have invested nearly $10 billion through its app. The company touts nearly 99% monthly retention, and has the ambitious goal of reaching 10 million subscribers by 2025, according to Kerner. This year, he is projecting 60% to 70% CAGR growth.

For his part, Sullivan believes that his experience of more than two decades of working for several public companies in various roles will be valuable to Acorns in the process of going public.

He told TechCrunch he was drawn to the company’s “mission-driven approach to put responsible tools of wealth in everyone’s hands by making investing easy and accessible to a large portion of the market that basically is underserved from the financial services industry, at least in the traditional sense.”

“I think it’s uniquely positioned as a high-growth business and also an interesting space that sits at the cross-section of fintech services and social responsibility,” Sullivan added. “As an industry leader with over 4 million subscribers with a really large addressable market, I think Acorns has an opportunity to be one of the most impactful companies in the space.”

Along that vein, Acorns launched ESG portfolios, also known as sustainable portfolios, that are powered by Blackrock shares. (ESG stands for Environmental, Social, & Governance). Kerner said the move was in part driven by customer demand.

“The strategy there is really to allow our customers to not just invest in themselves, but also in a better planet,” he said.

The role is not a newly created one for the popular saving and investing app. Jasmine Lee has served a dual role as chief operating officer and CFO, and helped prep Acorns for the public market. She will now focus on executing Acorn’s strategic plan and overseeing the day to day operations as COO, the company said.