You’re getting ready to vacate a property you’ve rented, only to be told by the landlord that you won’t be getting your security deposit back.

This happened to me the first time I ever rented a place in the late 90s. I was shocked, but more than anything, I was angry at the injustice because I knew that what the landlord claimed was not true. It was her word against mine and my roommate’s. Still, we took her to small claims court, not so much over the $800 she was trying to keep but more to prove her wrong. In the end, we won.

But it was a lot of work, and a lot of time spent. If only there was some kind of technology available to have helped us make our case.

Well, today there is. RentCheck, a startup that is out to help solve the “he said, she said” challenge in these situations with an automated property inspection platform, has recently raised $2.6 million in seed money.

Lydia Winkler and Marco Nelson started the company in mid-2019 after Winkler experienced a similar situation to mine and ended up suing her landlord in small claims court. She was working on getting her JD/MBA at Tulane University at the time.

“It was an injustice for me not to pursue it,” she told TechCrunch. “I took meticulous photos of the move-out condition of my apartment. The process took 18 months. But not everyone has the time or knowledge to fight in court.”

She then met Nelson, who had bought several properties that he ended up renting out. He had issues with security deposits too, but the opposite ones. He had to settle disputes over deposits, and found himself documenting properties’ condition at the time of move-out.

“I met Lydia and we realized we were passionate about the same problem,” Nelson recalled.

And so New Orleans-based RentCheck was born. 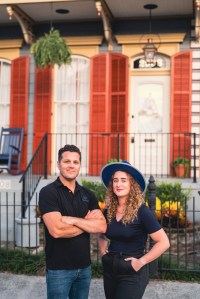 There are an estimated 48 million rental units in the U.S., with an average deposit of $1,000.

“A good chunk of that is being fought after on aggregate,” Winkler said. “And so many need that money to put down a deposit on another unit.”

To address the problem, RentCheck built a web app for property managers that they believe also benefits tenants. The company’s digital platform works by providing a way for property managers to facilitate and conduct remote, guided property inspections. For obvious reasons, the company saw increased demand upon the onset of the COVID-19 pandemic, considering that the platform was automated and contactless. It saw 1,000% — mostly organic — growth in terms of the number of properties on the platform.

“What we do is, using a guided inspection process, prompt users and guide them room by room, telling them exactly what to take photos of so that floors, ceilings, windows and walls are all accounted for,” Winkler said.

Everything is done within the app so that users can’t upload photos that were previously on their camera roll “to ensure the integrity of the inspection” and that  everything is time stamped. Once the inspection is complete, whoever does it signs off on it that they completed it accurately and honestly. Then the property manager can also sign off on it so both parties can agree on the move-out condition.

The company operates as a SaaS business, and charges property management companies a subscription fee based on the number of properties that they have on the RentCheck platform. They can then conduct “as many inspections as they want,” Nelson says, “whether the residents are doing them, their internal teams are doing them, or a third-party vendor, or a hybrid of the three.” 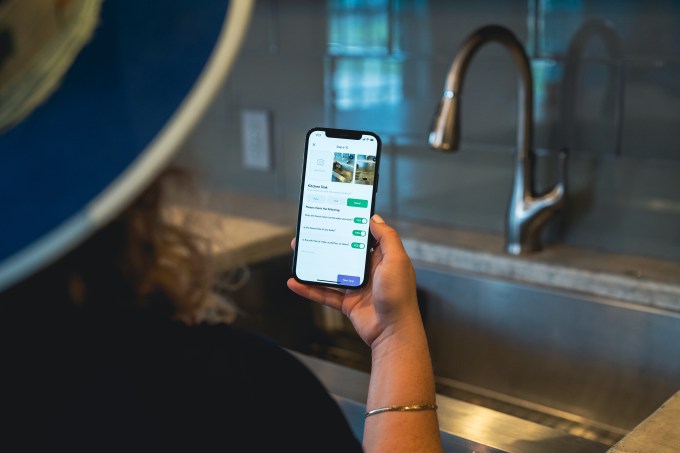 The startup has attracted some large-name investors since its inception, first catching the attention of James “Jim” Coulter, the founder of TPG Capital, when the company won New Orleans Entrepreneurship Week. Coulter subsequently became one of the company’s first investors in its $1 million pre-seed round.

The company’s seed round included participation from Cox Enterprises, for its operations in the multifamily housing space, and angels such as Jim Payne, who previously sold MoPub to Twitter, and MAX to AppLovin; Ken Goldman, the former CFO of Yahoo, and who currently runs Hillspire, Eric and Wendy Schmidt’s family office; Mark Zaleski and John Kuolt of BCG Digital Ventures, and Brian Long, the founder of Attentive, who previously sold TapCommerce to Twitter. It also included institutional investors such as Irongrey, Context Ventures and Techstars.

“What we love about RentCheck is that it’s using very clever technology to automate and solve arguably the industry’s biggest problem in terms of money and time for both property managers and tenants,” said Kuolt, former managing director at BCG Digital Ventures and an early RentCheck investor. “The deposit deduction issue needs a technology-based solution, and almost everyone, at some time, has felt like they’ve been screwed over on their deposit by a landlord. When you see and use RentCheck’s solution, it makes you think: ‘Why didn’t I think of this?’ ”