How much is your palm print worth? If you ask Amazon, it’s about $10 in promotional credit if you enroll your palm prints in its checkout-free stores and link it to your Amazon account.

Last year, Amazon introduced its new biometric palm print scanners, Amazon One, so customers can pay for goods in some stores by waving their palm prints over one of these scanners. By February, the company expanded its palm scanners to other Amazon grocery, book and 4-star stores across Seattle.

Amazon has since expanded its biometric scanning technology to its stores across the U.S., including New York, New Jersey, Maryland and Texas.

The retail and cloud giant says its palm scanning hardware “captures the minute characteristics of your palm — both surface-area details like lines and ridges as well as subcutaneous features such as vein patterns — to create your palm signature,” which is then stored in the cloud and used to confirm your identity when you’re in one of its stores. 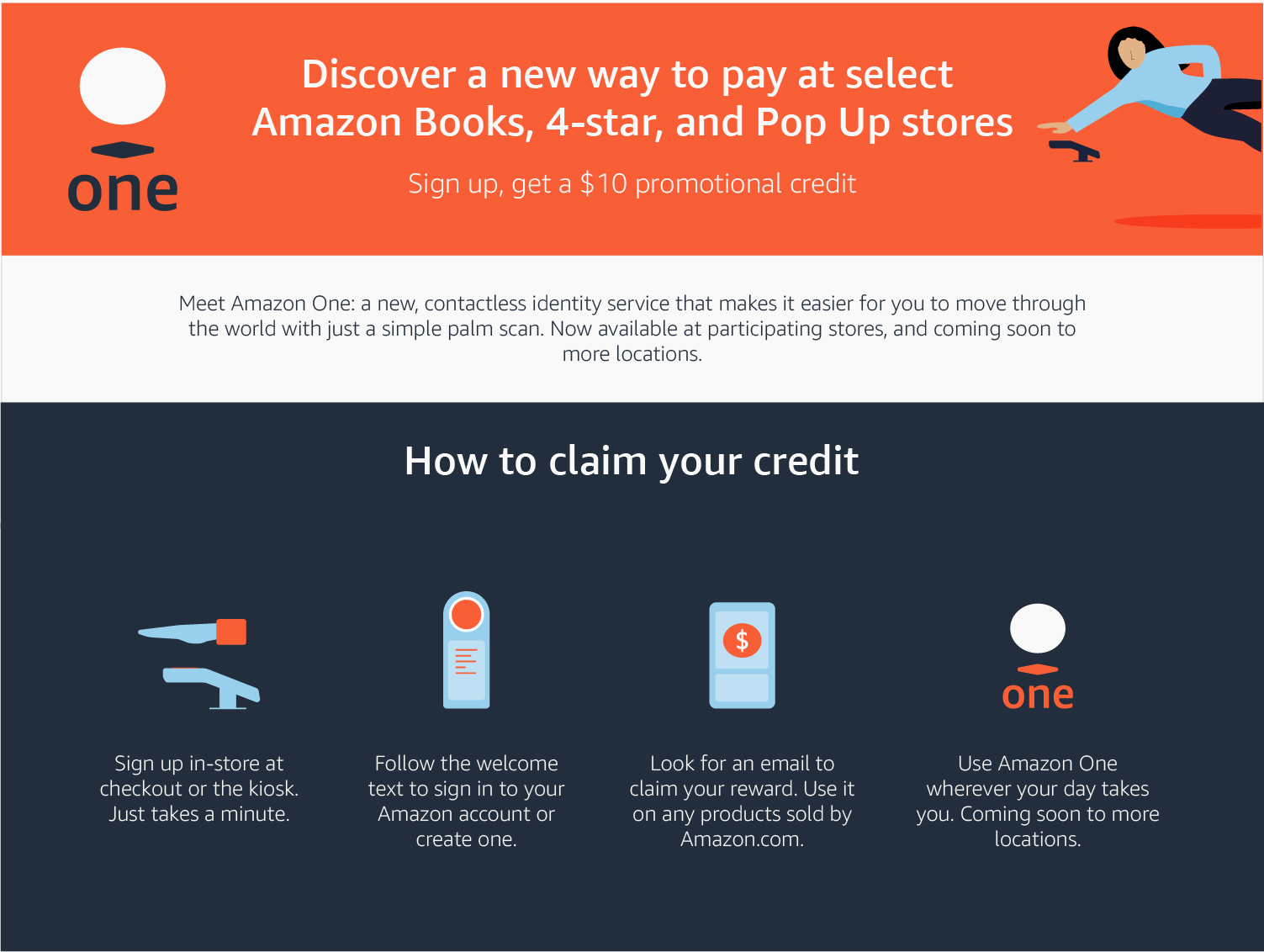 What’s Amazon doing with this data exactly? Your palm print on its own might not do much — though Amazon says it uses an unspecified “subset” of anonymous palm data to improve the technology. But by linking it to your Amazon account, Amazon can use the data it collects, like shopping history, to target ads, offers and recommendations to you over time.

Amazon also says it stores palm data indefinitely, unless you choose to delete the data once there are no outstanding transactions left, or if you don’t use the feature for two years.

While the idea of contactlessly scanning your palm print to pay for goods during a pandemic might seem like a novel idea, it’s one to be met with caution and skepticism given Amazon’s past efforts in developing biometric technology. Amazon’s controversial facial recognition technology, which it historically sold to police and law enforcement, was the subject of lawsuits that allege the company violated state laws that bar the use of personal biometric data without permission.

“The dystopian future of science fiction is now. It’s horrifying that Amazon is asking people to sell their bodies, but it’s even worse that people are doing it for such a low price,” said Albert Fox Cahn, the executive director of the New York-based Surveillance Technology Oversight Project, in an email to TechCrunch.

“Biometric data is one of the only ways that companies and governments can track us permanently. You can change your name, you can change your Social Security number, but you can’t change your palm print. The more we normalize these tactics, the harder they will be to escape. If we don’t [draw a] line in the sand here, I am very fearful what our future will look like,” said Cahn.