Realm, which aims to help homeowners maximize the value of their property with its data platform, has raised $12 million in Series A funding led by GGV Capital.

Realm founder Liz Young launched the platform earlier this year with the goal of providing “a one-stop-shop for accessible, actionable home advice.”

What makes the company different from other valuation offerings out there, according to Young, is that rather than telling owners what their homes are worth today, Realm can tell them what their home could be worth after renovations in months and years to come.

“There are a ton of tools and services that make it easier to buy or sell your home, but once you move, it’s a total black box,” she said. “You’re left trying to cobble together advice from fragmented, often biased resources to navigate big, expensive decisions. There’s nowhere else consumers spend so much money, with such little actionable information.”

For example, using data extracted from a variety of sources such as tax assessors and its own users, Realm can tell a homeowner in real-time how their property value will change if they do things like makeover a bathroom or add a new deck. Its algorithms can assess a property and offer advice on what projects are most likely to add value.

“The public data that we acquire, the data we ingest from users, and the data that we build ourselves has allowed us to build the most robust and unique actionable real estate data set in the U.S.,” Young told TechCrunch.

Realm’s database is free and, according to Young, offers insights on over 70 million single-family detached homes across the U.S.

Part of that is determined by zoning data, which tells people where they can and cannot build on a property.

“It’s really important because square feet is one of the biggest drivers of home value,” Young said. “So if you’re trying to understand how much a home’s worth or could be worth, you really have to understand the local zoning rules.” 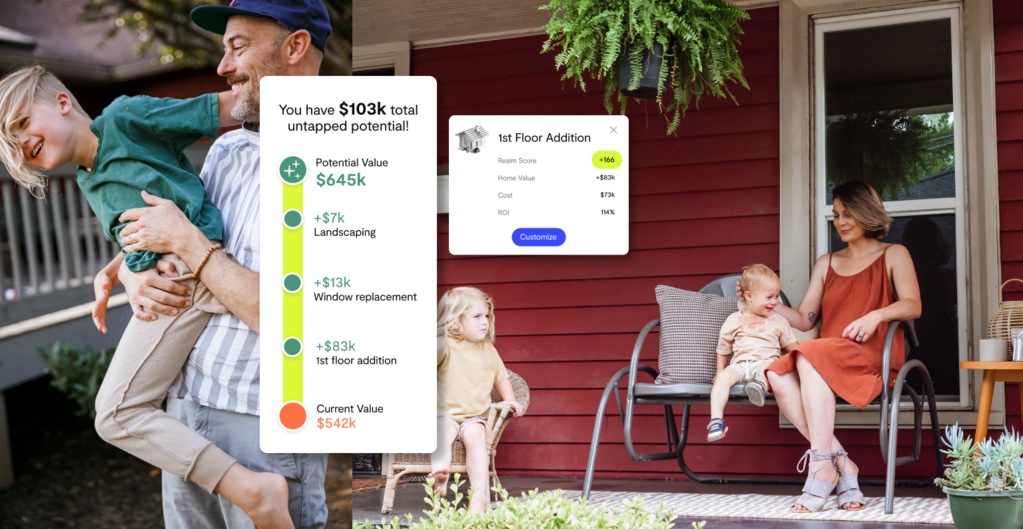 Realm’s marketplace offering, where an adviser connects owners to contractors, architects and lenders that can carry out the company’s recommendations, is currently only live in California but will be expanding to new markets over the next 12 months.

“People can digitally consume our free insights but a lot want help interpreting them,” Young said.

The company plans to use its new capital to “improve the quality and sophistication of the platform’s data insights” and toward hiring across its data science, engineering, marketing and operations teams. It will also continue to develop its proprietary data sets and models, which offer homeowners across the country personalized analysis of over 70 million homes.
A lot of Realm’s business is driven by its relationships with agents and word of mouth via its existing user base.

Jeff Richards, GGV managing partner and new Realm board member, said that when his firm backs at the Series A level, its bet is “100% on the founder.”

“I met Liz when she was raising her seed round in July 2020 and was blown away,” he told TechCrunch. “She’s smart, ambitious and has a deep background in the space she’s going after. Although it was early, I could tell she was thinking big.” 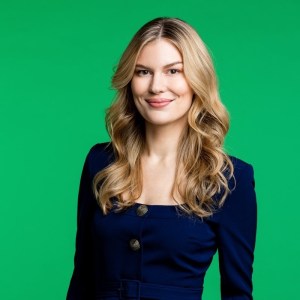 He points out that GGV Capital, with $9.2 billion in assets under management, is a longtime investor in other proptechs, including Opendoor, Divvy Homes, Belong and Airbnb.

Realm, according to Richards, was right in GGV’s “sweet spot.”

“No one has zeroed in on helping the individual homeowner manage their home, and that’s the opportunity area Liz is going after,” he said. “We kept in touch after the seed round, she pinged me to talk about her A, we met up and I gave her a term sheet 48 hours later.”

In general, Richards believes that residential real estate is one of the biggest spend categories in the U.S. and yet is still virtually untouched by technology.

“I’ve owned a home for 17 years and almost everything I do with respect to the home is the same as it was over a decade ago. The only thing that has really changed is I can manage my thermostat and cameras with my phone,” Richards said. “Literally everything else is the same — the way I do renovations, the way I find contractors to do repairs, the way I pay my mortgage, etc. — exactly the same. That’s ridiculous! Liz sees a huge opportunity here, and so do we. The market is enormous. So there will be many, many winners.”