Employers typically offer three options for healthcare insurance. When it’s time to switch to Medicare, particularly Medicare Advantage, there are over 3,500 plans available nationwide, and an average of 30 plans someone can choose from in their particular area. Connie Health is leading seniors through the Medicare maze, helping whittle down those 3,000 plans into a handful of best choices based on care requirements.

They started their company in 2019 to develop a Medicare concierge service to assist seniors in easily navigating through those 30 plans to find the right one for them.

“We were coming from the provider side and understood that though healthcare is local, people don’t know the difference in hospitals or the ins and outs of local networks,” Eran told TechCrunch. “Seniors need trust there, and when there are local advisers to meet over the phone or at home, you gain that trust.”

The Boston-based company announced Wednesday it raised $13 million in Series A funding led by Khosla Ventures and Pitango Healthtech to give it a total of $16 million in funding. The company raised $3 million in a seed round back in January 2020, also led by Khosla. The seed and Series A rounds also saw participation by AbstractVentures, Dynamic Loop Capital, Arkitekt Ventures, as well as a group of angel investors, including Hippo Insurance CEO Assaf Wand and Flatiron Health founders Zach Weinberg and Nat Turner. 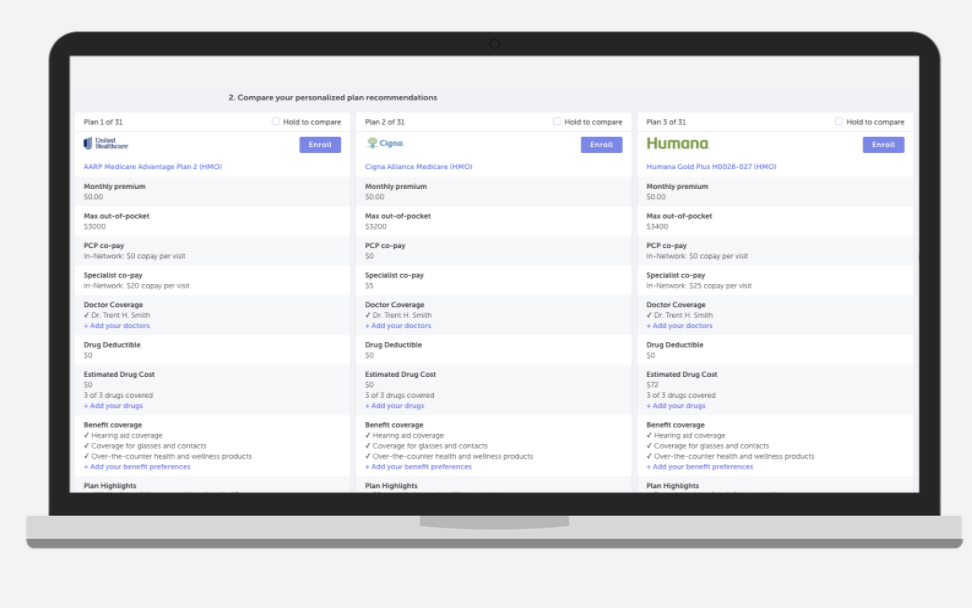 With 55 million Medicare consumers benefiting from major innovation in Medicare Advantage and value-based care, Samir Kaul, founding general partner at Khosla Ventures, saw a large market that was being disrupted by Connie Health. He was especially impressed with the team Eran built and how the company was able to launch during the pandemic and stay nimble.

“The Medicare Advantage space is rich and will continue to grow,” Kaul added. “Technology has not played a big role here, and Oded is going to bring technology in to make the market more efficient.”

Medicare Advantage is the private market part of the insurance program. Eran said the government is trying to drive competition and innovation, so there are a lot of new players coming in to create more plan options, more nuances and to help manage costs better. On the consumer level, this creates a lot of confusion, he added. Potential customers have a hard time making decisions on the latest and greatest options, so they tend to stick with the status quo.

That’s where Connie Health comes in. The company’s technology takes into account the providers someone sees, the medications they are on and the benefits they would like to have, feed those into its model, and based on that, sifts through the thousands of plans available and recommends the best fits.

In October 2020, Connie Health kicked off its consumer platform in Arizona, and with the new investment, also began operating in Texas. Over the next year, Eran expects to move into Illinois, where he is seeing big demographic changes as a lot of people are moving into Medicare and other states. The new funding will also enable the company to branch off to other insurance products.

Within those states, the company’s footprint grew to seven markets, and its local agent base grew 15 times.

“We are going to democratize access to the local agents to help people make these often tough decisions and find healthcare that they deserve and have paid for all of their working life,” Eran said. “We are taking this market-by-market approach because healthcare is in the community.”