In between A/B testing, customizing targeted ads and formatting for different digital platforms, some design teams are tasked with campaigns that include thousands of images, videos and other visual content. Based in Bangalore, Rocketium automates much of the process, allowing teams to scale-up campaigns while reducing their workload. The company announced it has raised $3.2 million led by Emergent Ventures to launch in the United States and expand in other markets.

Rocketium’s clients include Urban Company, CasaOne, BigBasket, cure.fit and Meesho. It says visuals made on its platform are seen by 100 million end users. Its latest funding brings Rocketium’s total raised so far to $4.2 million, including a $1 million seed round from Blume Ventures and 1Crowd.

Rocketium’s platform is currently invite-only and it plans to open self-service usage and purchases in 2022, along with more integrations with e-commerce and advertising platforms (its current integrations include Salesforce, Mailchimp, YouTube, Vimeo, Wistia and Hubspot).

To use Rocketium, design teams create a core set of templates in Photoshop or After Effects and import them to the platform. Then Rocketium customizes ads for different scenarios. For example, if a retailer is running a targeted campaign with free shipping in certain areas, they enter that information into a spreadsheet and Rocketium automatically updates the text in the templates. Then ads and videos are formatted for different platforms, like banners for web advertising or square format for Instagram. 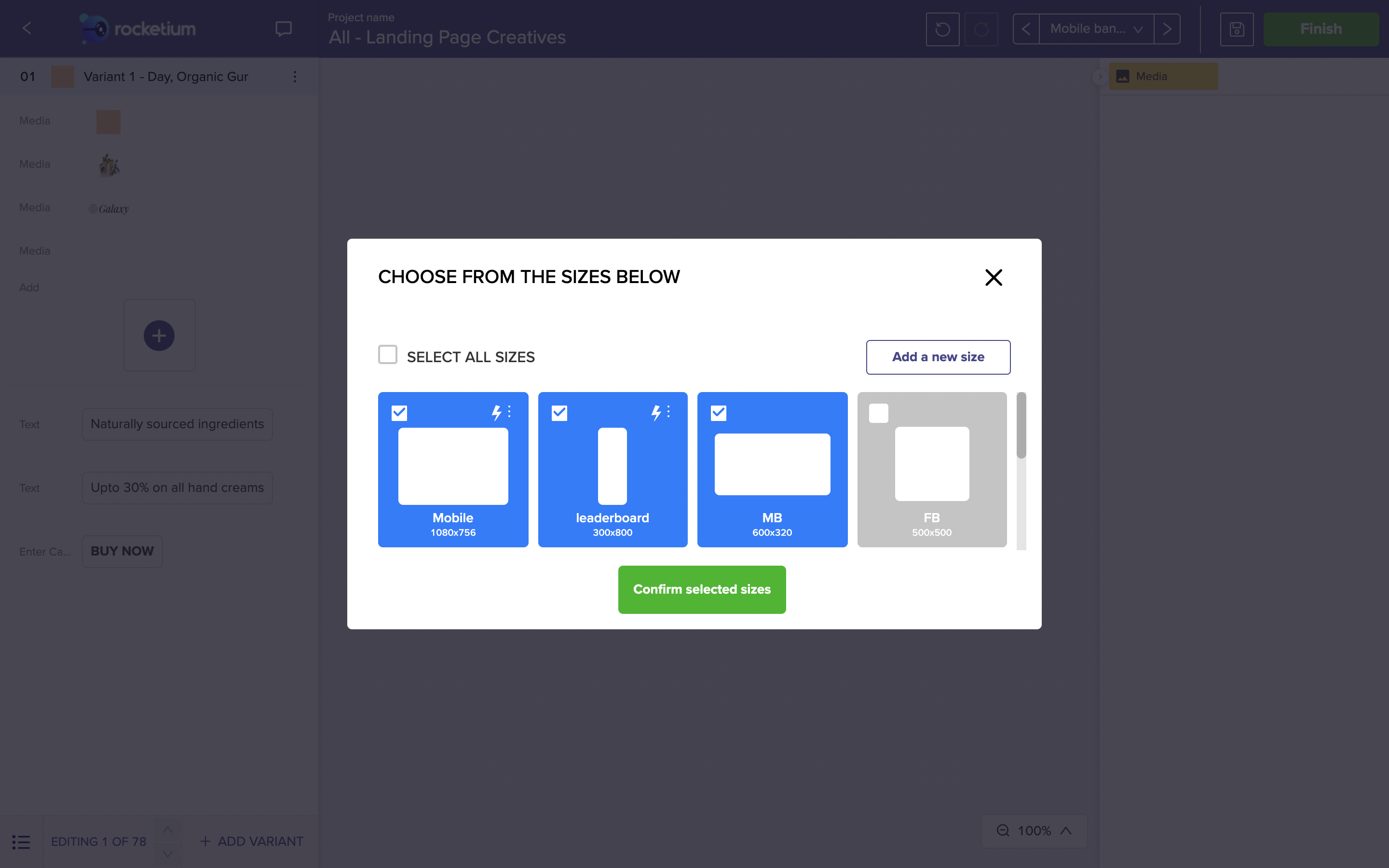 One of Rocketium’s clients, fitness app cure.fit, uses it to run about five to six campaigns each month for different membership plans. The platform enables cure.fit to reduce the production time for visual content and personalize campaigns based on users’ interests, demographics and locations. 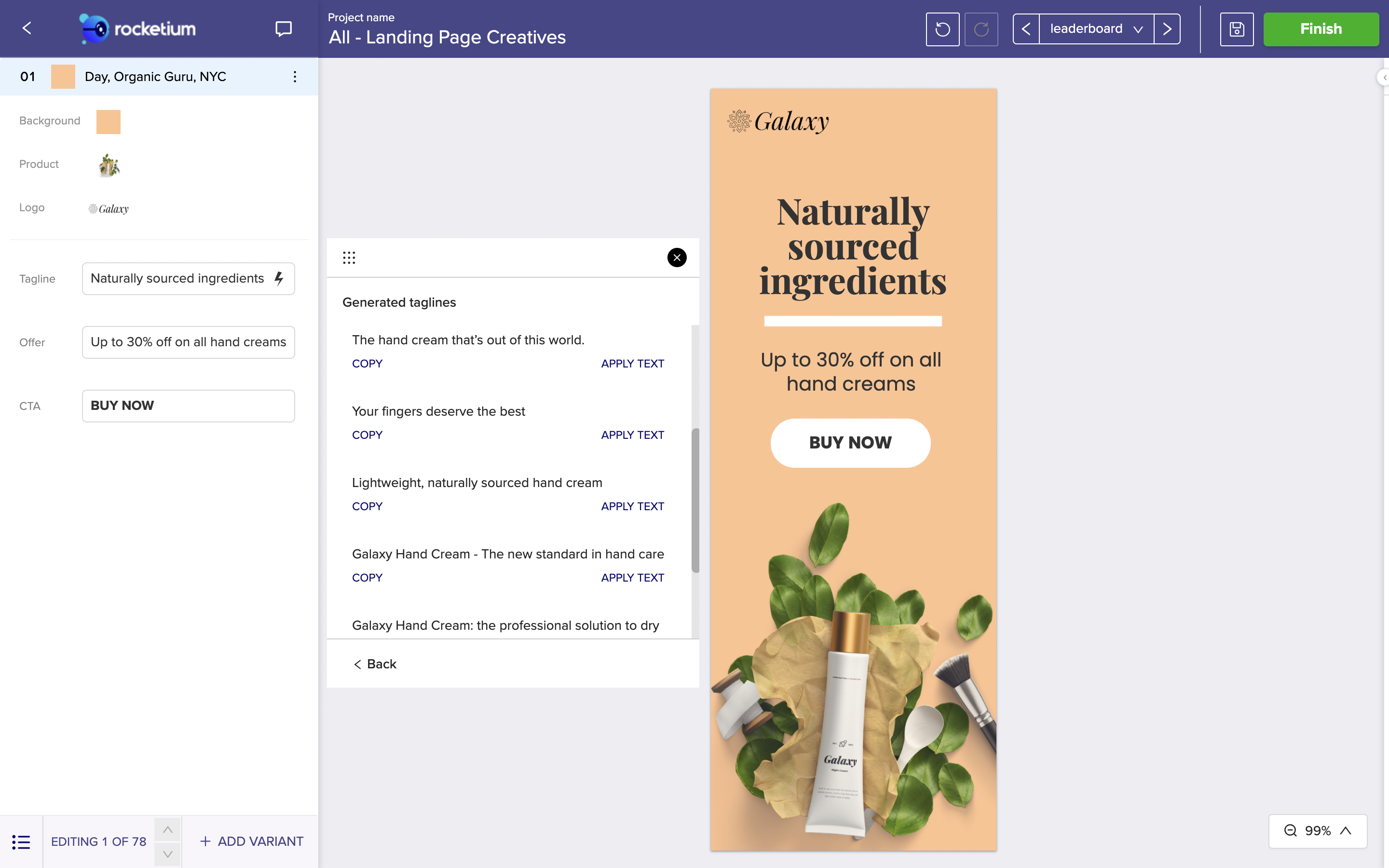 Other companies that help marketing teams create visual advertising campaigns include Canva, InVideo and Lumen5. Co-founder and chief executive officer Satej Sirur told TechCrunch that Rocketium was designed specifically for clients that need to create hundreds or thousands of ads, video and other creative content a month, and can be used to create up to 10,000 visuals at a time.

While Canva, InVideo and Lumen5 provide templates, Rocketium is more focused on users who want to import their own designs from PhotoShop and After Effects.

In a statement, Emergent Ventures founder and partner Ankur Jain said, “From high-volume content production to data-driven campaign optimization, Rocketium is challenging traditional organizational silos to deliver a product that is truly loved and relied on by performance marketers and designers alike.”