An online marketplace for automobiles has become the latest Indian startup to attain the coveted unicorn status.

Gurgaon-headquartered Droom said on Wednesday it is raising up to $200 million in what it described as a pre-IPO growth funding round. The new investment, part of which has been secured, valued the seven-year-old startup at $1.2 billion, up from about $500 million in October 2018.

57 Stars, Seven Train Ventures and several existing investors financed the new round, said the startup, which counts Toyota and Lightbox among its early backers and had raised about $125 million prior to the new investment.

Droom operates a marketplace in India to help people buy and sell used multi-category vehicles such as cars and motorbikes. The startup provides verified listings for buyers along with tools to view, schedule, negotiate and communicate with the seller. Sellers are provided with tools to manage their listings and estimate prices and dispute issues.

“Droom’s current annual run-rate is $1.7 billion for GMV and $54 million for net revenue. The company remains on track to touch a GMV of $2 billion and a net Revenue of $65 million in CY2021,” it said in a brief statement. 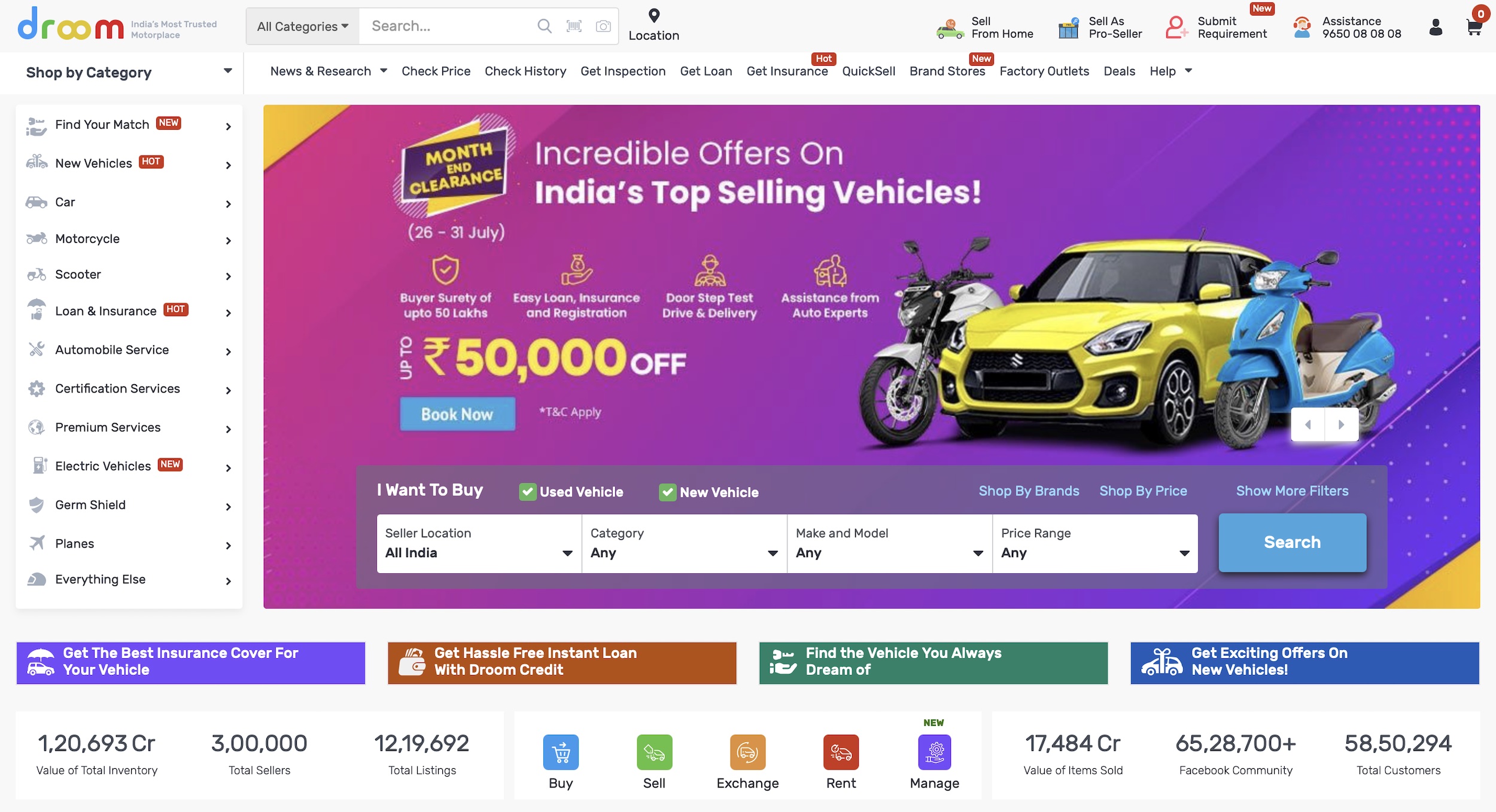 “With the current scale, technology-oriented business, and operational efficiency Droom is nearing profitability.”

The startup, which competes with other Indian firms including Spinny and Cars24, said it is working to file for an IPO and list on either Nasdaq or in India next year.

“Over the past 7 years, we have invested millions of dollars and thousands of human hours to build a full technology-based end-to-end transactional marketplace for buying and selling of automobiles online,” said Sandeep Aggarwal, founder and chief executive of Droom, in a statement.

“We have developed the complete technology-based machinery starting from first-mile services such as OBV, ECO, and History to mid-mile services like loan & insurance and last-mile services like doorstep delivery. Droom has been on a steady growth trajectory after Covid. While automobile is the largest retail category, it is the least penetrated online. In a post-pandemic world, we expect automobile buying and selling to shift online rapidly.”

Droom is the 17th Indian startup to become a unicorn as high-profile investors double down on their bets in the world’s second largest internet market.