Research says that counterfeit medication is the cause of 1 million deaths per year. One-tenth of this number comes from Africa. Counterfeiting is hard to detect, investigate, quantify or stop. It is a global problem, with annual earnings from substandard drugs standing at over $100 billion.

Some technologies have helped deal with this menace; for instance, radio frequency identification, which works by assigning serial numbers to containers of each product. More modern approaches are being adopted these days, which is the case of RxAll, a startup using deep technology to provide quality medication to patients. Today, the U.S. and Nigerian-based company is announcing a financing round of $3.15 million to scale across existing markets and improve its technology.

RxAll was founded in 2016 by Adebayo Alonge, Amy Kao and Wei Lui. As students at Yale University, the trio came together to collectively solve a problem they faced firsthand, either personally or relating to a loved one.

In 2006, Alonge was a victim of fake pharmaceuticals and almost died after taking medicine that contained lethal levels of diazepam. He went into a coma for three weeks.

“I survived a 21-day coma in Nigeria 15 years ago. My co-founder, Amy, was hospitalized in Thailand after taking counterfeit medicine. And Wei lost a family member due to contaminated drugs,” Alonge told TechCrunch over a call.

Based on an R&D project at the college’s chemistry department, Alonge, Kao, and Lui began to analyze how to use machine learning and molecular spectroscopy for drug quality and material and quality assurance. The big idea was to address the problem of poor access to high-quality medicine across Africa first, then the rest of the world by building a marketplace for authenticating the sale of safe and reputable pharmaceuticals.

“After going through that, information out there further confirmed that what we experienced wasn’t a one-off situation. It’s an ongoing problem; 100,000 Africans die from this problem every year. One million people die across the world from this problem,” CEO Alonge continued. 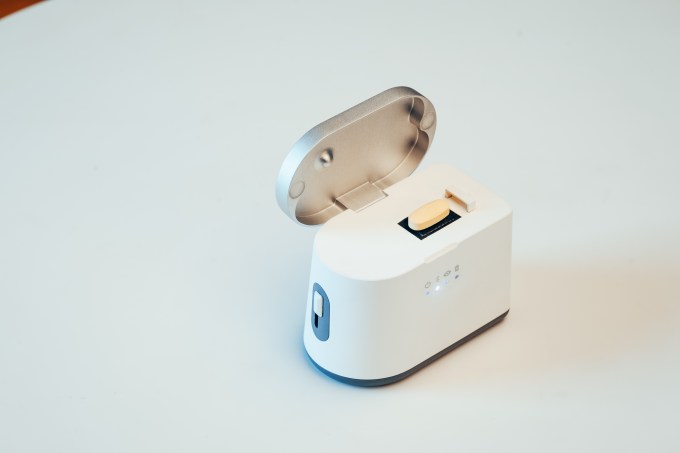 Its proprietary technology, RxScanner, is a handheld authenticator designed for patients to verify their drugs. According to the company, the RxScanner can identify the quality of prescription drugs in 20 seconds and display results in real-time via mobile apps.

RxAll curates high-quality sellers to its marketplace and provides them with the RxScanner. The machine learning model reads the sample spectra and send test results indicating the identity and the quality versus the reference. Sellers can be found by using the filter, and once the batch testing is done, the seller can push out the product into the marketplace and make it available for on-demand ordering, pick-up and deliveries as well.

The company makes money through commissions via transactions made on the marketplace. It also employs a subscription model with the RxScanner for individual and business customers.

Despite the company’s innovation, funding has been few and far between, as with many deep tech platforms with a significant focus on Africa. This is mainly due to the long cycle from research to commercialization of such ventures, so most VCs would instead get involved in the company’s later stages. So far, RxAll has stayed alive by winning grants and prize monies at competitions, with some equity financing from the likes of Africa-focused accelerator Founders Factory Africa.

Alonge sees RxAll as a pioneer in the world of deep tech mixed with health tech. He reckons there’s no direct competition with how the RxScanner operates, at least for the time being.

“In terms of pharmaceutical e-commerce, yes that’s a different ballgame. In terms of drug testing, the only other solutions out there are laboratory equipment, and they can be expensive. But in the space we play in, the application area, the price point, the way we’re going about it using deep learning and mobile phones, there’s no comparison,” the CEO said.

However, technological edge alone does not sell a product or run a business. With RxAll, the key to scaling its tech, according to Alonge is making its products affordable for the market despite the costs incurred. That’s a challenge the company is taking strides to tackle in addition to making its technology easier for investors to understand. 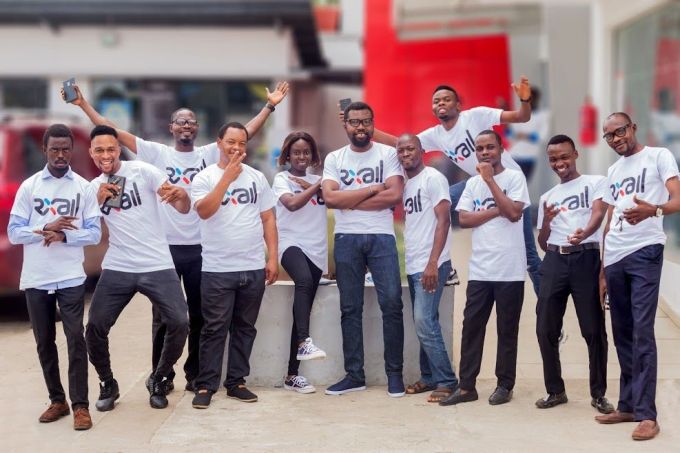 A part of the RxAll team

RxAll describes itself as a company playing in a global market. But as highlighted previously, a bulk of its customers and revenues come from Africa, especially Nigeria. It is currently serving ten cities and is actively validating the authenticity of drugs for 1 million patients while servicing over 2,000 hospitals and pharmacies in the West African nation. The company has plans to add an extra 14 cities before this year runs out, with a pan-African play set in motion for next year.

This financing round is a cumulation of a recently closed $2 million seed round (oversubscribed with $2.25 million) and a $900,000 pre-seed raised at the tail end of last year. SOSV ‘s HAX led the round with participation from Launch Africa and Keisuke Honda via his KSK fund.

Speaking on the round, managing partner at Launch Africa Ventures Zachariah George said, “Launch Africa Ventures is excited to be co-leading this round of financing into a strong, experienced team at RxAll. We believe that RxAll is bridging a major gap in access to quality healthcare in Africa by pioneering a drug delivery platform to enable pharmacies and patients to buy authenticated medicines online. The ability to achieve favourable unit economics and multiple revenue streams by leveraging anti-counterfeiting mobile spectrometer technology, owning the entire drug delivery supply chain and their own payment wallet, provides a massive growth and scaling opportunity across Africa and beyond.”

Duncan Turner, general partner at SOSV and managing director of HAX added, “We’ve been incredibly impressed by RxAll’s ability to scale and meet customer demand. In just the last year, the team has brought together world-class hard tech and operational excellence to solve pressing issues for over a million Nigerians, and we couldn’t be more excited by their vision for the broader pharmaceutical market.”

So what’s next for RxAll? Alonge said the company’s next focus is on partnerships. According to him, they will be integral in RxAll’s push to scale its marketplace and scanner across Nigeria, Africa and the rest of the world.

“Asides from the hospitals, pharmacies and patients, we also sell to governments and country FDAs on the scanner side of things. So we’re looking to secure key partnerships globally, not just in Nigeria, but across Africa, Southeast Asia, North America and South America. Those are the key markets we’re looking to scale into.”