A 2016 study by global consultancy PwC states that an estimated 90% of sales in Africa’s major economies come through informal channels like markets and kiosks. In sub-Saharan Africa, 90% of these household retail transactions are carried out via a network of about 100 million MSMEs.

Africa’s retail payments, mostly cash-based, is expected to reach $2.1 trillion by 2025. Kenya’s MarketForce wants to digitize a large portion of them. Today, the B2B retail end-to-end distribution platform is announcing the close of its $2 million pre-Series A round.

The investors who took part in this round include existing ones — P1 Ventures and Y Combinator, and new ones like Launch Africa, V8 Capital, Future Africa, GreenHouse Capital, Rebel Fund, Remapped Ventures, and some unnamed angel investors.

Tesh Mbaabu and Mesongo Sibuti founded MarketForce in 2018. The founders wanted to solve the fragmentation issue they noticed among small retail shops and their distribution networks. In addition, these shops are often used as points for offering financial services to the everyday Kenyan. Thus, MarketForce’s play enables the optimized distribution of FMCG goods and financial services through this network of agents.

It was this business that got the startup into Y Combinator. But upon graduation, MarketForce decided to tests its hands on another product — RejaReja, a B2B e-commerce marketplace for merchants. 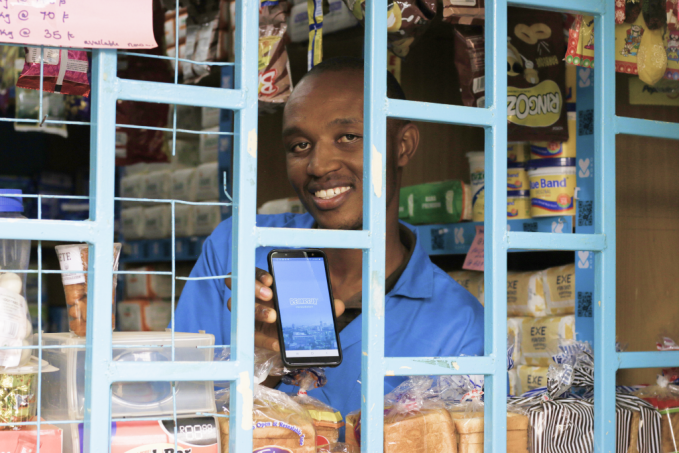 RejaReja offers next-day delivery for hundreds of SKUs from a handful of FMCG brands. Though the trademark MarketForce retail distribution product is still very much thriving, RejaReja is where the founders think most of the company’s best opportunities lie.

“We’ve run both models simultaneously and we’ve seen much faster traction on the e-commerce side of the marketplace. We’re investing more and more resources into that, and the pre-Series A round was raised to focus on scaling that platform,” CEO said to TechCrunch.

MarketForce’s RejaReja runs an asset-light model where it doesn’t own capital assets like warehouses and delivery trucks. Most of the assets are provided by the company’s partners (distributors, manufacturers, and third-party logistics providers) who lease their assets to fulfil orders.

Kiosks using RejaReja have access to various SKUs through an app and can place orders on it. And based on their ordering habits, MarketForce can extend working capital loans to them.

With this round of funding, MarketForce plans to launch RejaReja in Nigeria and scale up the product across more towns in East Africa. The startup has a presence in Kenya, Uganda, and Tanzania, where over 15,000 retail customers use RejaReja to process thousands of orders daily.

On the other hand, MarketForce’s trademark SaaS product has garnered over 10,000 monthly active users despite giving RejaReja a year head start. These users have performed 300,000 transactions worth more than $500 million since its launch in 2018. MarketForce clients include Pepsi, Safaricom, Fort Beverages, Lami and Platinum Credit among others.

“Our clients and partners understand MarketForce’s power to increase sales performance and productivity across markets and industries,” CTO Mesongo said in a statement. “We are building the operating system for retail distribution in Africa, and we have the right combination of technology and team to make our Pan-African vision a reality.”

With computer science degrees, the founders said it was a struggle to scale MarketForce initially. And though they lacked experience and expertise in fintech or e-commerce before launching the company, they have compensated for that gap by making good hires.

“Retail distribution is a very hardcore business so getting the right talent, the right people who understand the traditional elements in the business but are also willing to innovate and revolutionize the space has also been interesting for us,” the CEO said.

Another challenge the company faced in its early years was that it took a while for partners to get on board because they didn’t understand how MarketForce would operate without owning warehouses and logistics. But over time, as the company generated value to its partners, orders and revenue have started to increase rapidly, with the latter metric recording a 100% month-on-month growth, according to Mbaabu.

“…MarketForce has proven that they know how to leverage the entire retail supply chain as a gateway for digital payments. Their organic, as well as acquisition-driven growth and expansion strategy thus far, has proven that their understanding of unit economics and marginal customer acquisition costs is solid. As a pan-African fintech company, they are very well positioned to tap into the $700 billion that gets transacted in this space every year,” managing partner at Launch Africa, Zachariah George, said in a statement.