Beyond Meat today announced the arrival of its new plant-based Chicken Tenders at upward of 400 U.S. based restaurants. The news follows continued growth for the California-based faux meat giant, which includes expansion to Walmart stores, Taco Bell restaurants and a big push into China over the past year.

The company says it’s a different product entirely from Beyond’s Chicken Strips despite bearing a similar name. That product predated the company’s wildly popular Beyond Burger patties, but were discontinued back in 2019 due to a lack of popularity compared to other offerings.

The new recipe is largely made of fava beans and peas, contains 14 grams of protein a serving and is less than 40% the saturated fat of standard chicken tenders. The company says there’s no cholesterol, antibiotics or hormones, which not a lot of big-name chicken producers can say.

“As with all our products, Beyond Chicken Tenders offer delicious taste and an exceptional culinary experience, along with strong nutritional benefits,” CIO Dariush Ajami said in a press release tied to the news. “Innovation is at the heart of Beyond Meat, and Beyond Chicken Tenders are the latest example of our mission to create groundbreaking, tasty options that are better for people and for our planet.” 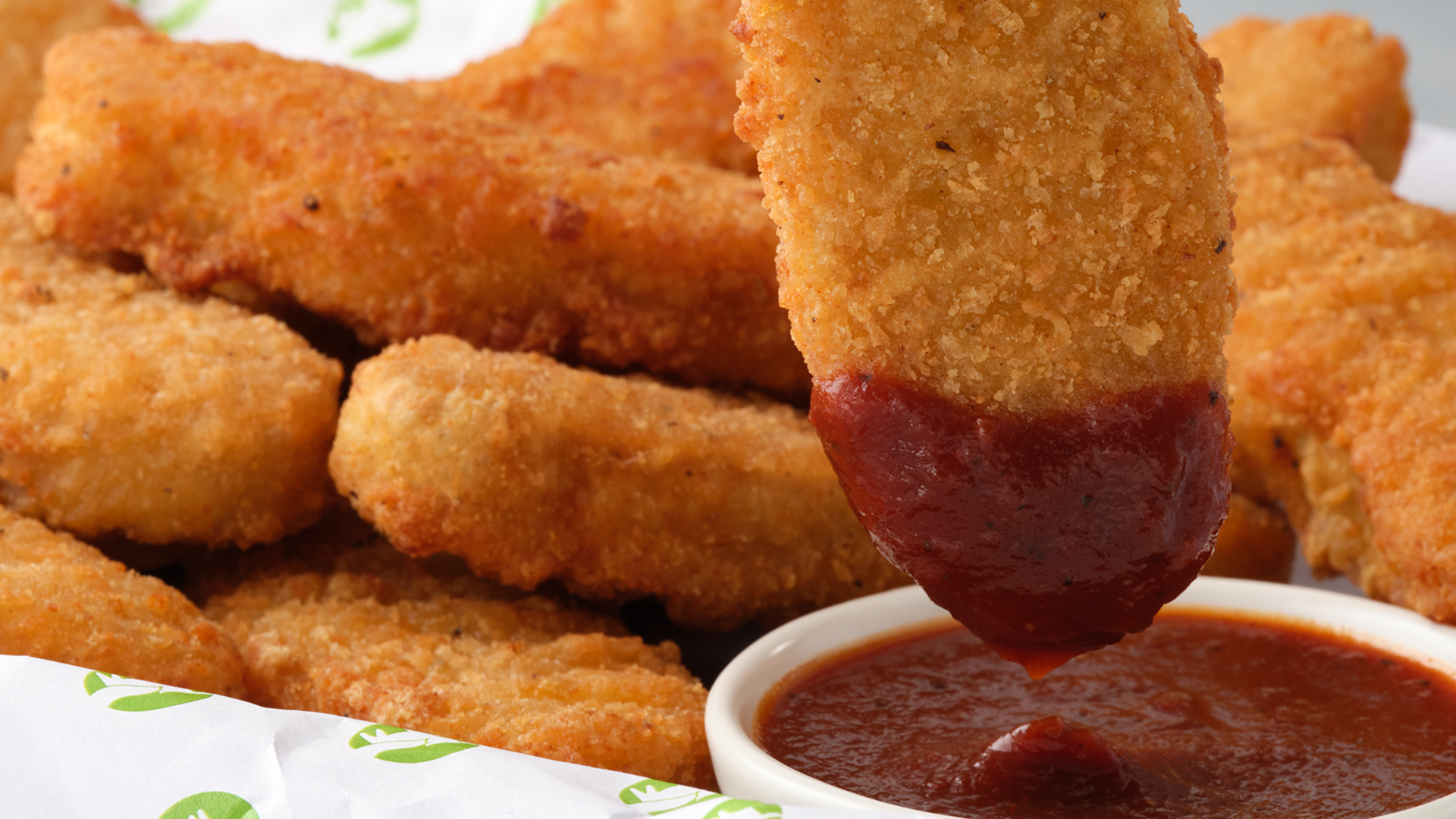 There are no huge nationwide chains being announced among the participating restaurants, which will start offering the foodstuffs today. Here’s a partial list:

There’s growing competition in the faux chicken market, as well. Last month, Nuggs-maker Simulate announced a $50 million Series B to help it get to the other side.

Beyond Meat unveils two new versions of its Beyond Burgers