This morning Arrows, a startup building software to help software companies onboard their customers, announced that it has raised a $2.75 million round led by Google’s Gradient Ventures. The round was joined by a host of angels, including funds from Sprout Social founder and CEO Justyn Howard.

Per Arrows CEO Daniel Zarick, the company had bootstrapped until this round. That allowed the startup to allow dozens of smaller investors to take part in this funding event, including 28 micro-checks that it rolled into a single cap-table line-item thanks to an AngelList service that allows for smaller investments to be combined.

Arrows sells to software CEOs and heads of customer success, the people who care the most about ensuring that new customers get up and running with new digital products as quickly as possible. Per Zarick, successful customer onboarding to a new product or service can speed up adoption, helping boost revenue from usage-based products; it’s also generally known that stronger onboarding can also lead to better adoption inside of customer organizations, potentially limiting later churn.

Given the scale of the modern software market, Arrows is selling into fertile ground. That’s the reason that Zarick and his co-founder Benedict Fritz decided to stop being a two-person shop, and raise more capital. They were worried, Zarick explained, about suffocating their company without more capital.

Luckily for Arrows, one investor had already taken a keen eye to their work. Namely Gradient Ventures’ Darian Shirazi, who had reached out a number of times before the startup was even considering raising external funds. Per the Arrows CEO, Shirazi had already sent the startup his own portfolio companies as leads before he invested, some of whom have become customers. So, when Zarick and Fritz decided to pursue venture capital, there was a leading name already on hand.

The $2.75 million round was raised using a SAFE at a single cap, sans discount. 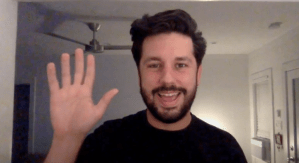 Arrows initially launched its service in March, but is revamping its pricing this week, closing its self-serve model for the near-term.

It’s interesting to listen to the CEO of a seed-stage startup discuss evolving from a bootstrapped model to one backed by a good-sized amount of venture funding. Zarick described to TechCrunch in an interview how much his job was changing now that the company is working to scale up to a team of around eight. The company intends to stay at that human scale for a little while.

Per its CEO, Arrows can get along for two years with its current capital sans revenue growth; though we’d expect that now that it has attracted seed capital, other VCs will look to pile on — a trend that we’ve seen often in recent weeks and months.

The Arrows product is also going to evolve in the coming months. While attacking customer onboarding teams’ use of spreadsheets with modern software has worked thus far, the startup has lots of planned work ahead of it, including more integrations with external software. Let’s see how quickly we hear from Arrows again. I’ll wager anyone a high-five that it’s before the end of the year.