Slice, an Indian fintech startup that has built a “super card” for millennials in India, said on Monday it has raised $20 million in a new financing round and is adding new features to change how people engage with their credit cards.

Existing investors Gunosy, Blume Ventures and others financed the new round in the Bangalore-headquartered startup, it said.

Even as hundreds of millions of Indians today have a bank account, only about 30 million have a credit card. Most people in the South Asian market are not eligible to get a credit card, and even many of those who are don’t bother to get one because the experience of signing up is too clumsy, time consuming, and the rewards don’t make up for it.

Slice has made it easier for far more people — even those without a traditional full-time job — to get a card, and the signup process doesn’t take forever. 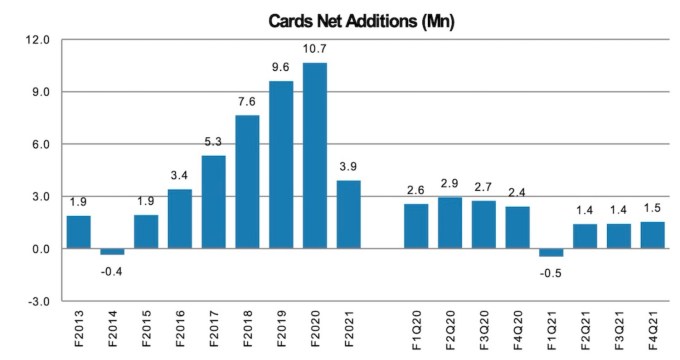 Rajan Bajaj, founder and chief executive of Slice, said in an interview with TechCrunch that the startup, which has already amassed over 3 million users, is now bringing rewards to its app as it attempts to turn the plastic card into a larger financial instrument.

“You use your card more often than you use Uber, Ola, Swiggy and Zomato combined. But the payment experience on the card leaves a lot to be desired. Eventually, if customers don’t see a value, they will abandon the card and move elsewhere,” he said.

“Banks treat credit cards like a loan product instead of a high-frequency payment instrument and make money through late charges and interest rates. You see a random charge on your credit card statement, you don’t recognize it so now you have to deal with a customer representative. More than half such users give up and just accept those charges,” he said.

“We are upfront about all of this. There’s no such thing as a joining fee or annual fee for Slice members, and there’s no minimum amount they are required to pay each month,” he said, adding that the startup is also profitable. “As we were building our platform, we recognized that there were many things that a credit card firm engages in that didn’t make sense for the customers, so we didn’t include those,” he said.

Slice’s eponymous app shows hyperlocal deals from restaurants and also offers up to 2% cash back on each transaction that is instantly redeemable to cash, he said. 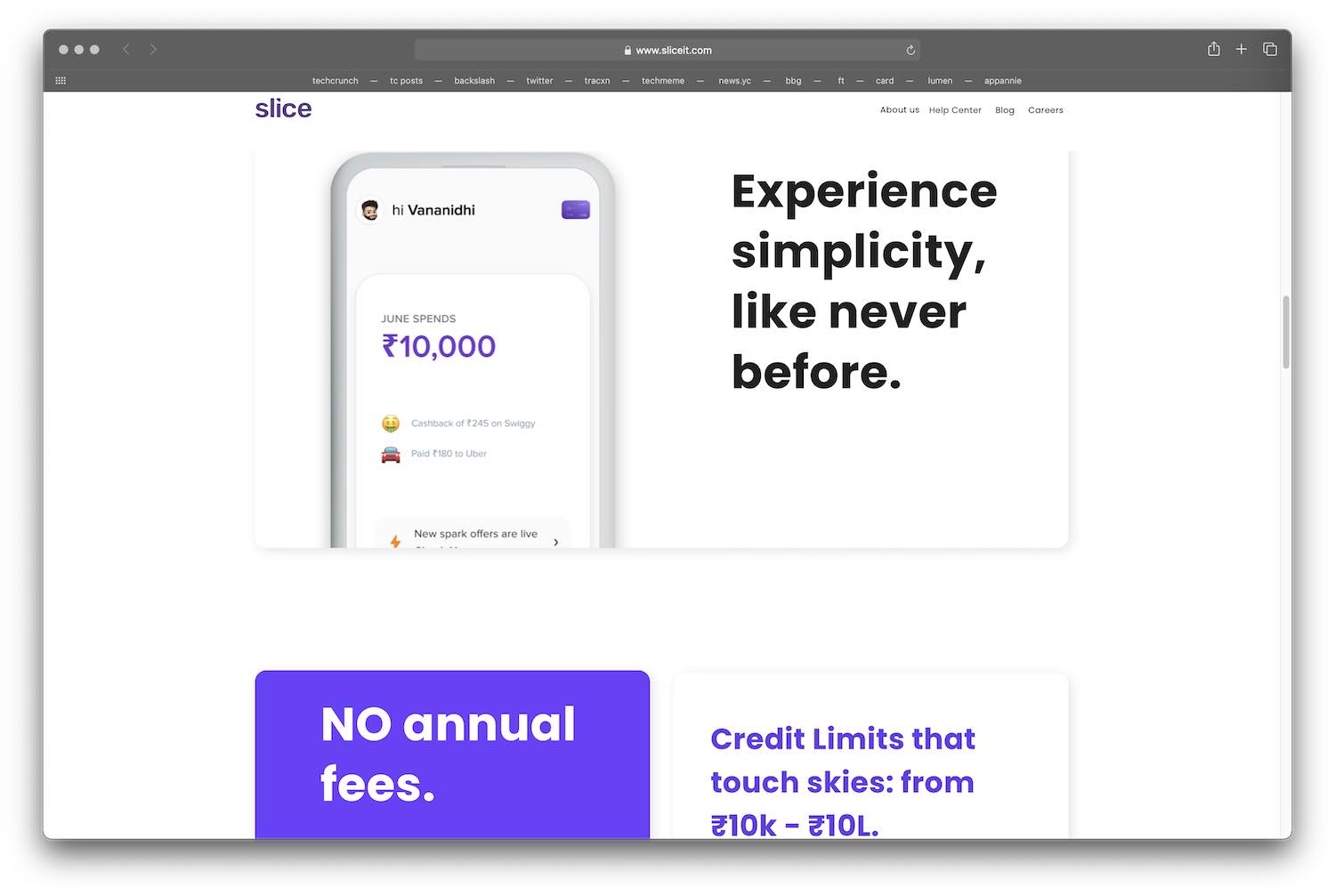 One of the ideas behind the rewards, said Bajaj, is to have people engage with the app more often so that they know how much money they are spending. Customers can also use the app to make several purchases (for instance, by scanning a QR code).

“We see the card as a payment product, and we are solving it as a consumer experience problem with a customer-first approach in mind,” he said. Within six months of joining Slice, more than 65% members credit scores climb to 730, he said.

To make it easier for members to pay their bills and not worry about any additional charges, Slice now offers them the ability to split their bills and make the payments in a duration of up to three months — the longest in the industry — at no interest.

Slice has also become a formidable rival to established credit card firms in recent years. Bajaj said about 50% of new customers who are joining Slice today hold a credit card from a competing firm, he said. More than half of these customers switch to Slice as their primary card, he added.

“With the new features, which are very competitive, we expect to switch more than 80% of customers who own other cards to use Slice as their primary card in the next six to eight months,” he said, adding that the startup is able to offer better rewards than most credit cards because it spends just a fraction of its rivals in acquiring new customers.

“Our existing customers tell their friends about Slice. We don’t have to stand in malls and airports to advertise our product,” he said.

The coronavirus pandemic has significantly shrunk people’s spending habits and hence hurt several fintech startups. But the Bangalore-based startup said not only has it recovered, but it’s also growing. Slice said the month of May was its best month since inception, and June has shown 25% growth.

The startup, which provides users credit limit through its own balance sheet, said it will deploy the fresh funding into developing more features for customers.

“Slice’s biggest advantage is how well they understand millennials and gen z. Their approach to solving their issues has been truly refreshing and building something simple and hassle-free has been a part of their DNA since inception. The Slice super card has the potential to fundamentally change the way the next generation thinks about the concept of credit cards altogether and we, at Gunosy, are glad to be a part of their growth story,” said Shinji Kimura, chairman and chief executive of Gunosy, in a statement.