Podcast downloads have boomed over the last year, and Kayak co-founder and tech entrepreneur Paul English became an avid, daily listener. But anyone who loves podcasts knows that podcast discovery can be challenging. Even the top streaming apps like Apple Podcasts and Spotify lack robust discovery tools — so last week, when Spotify acquired the podcast discovery app Podz, it validated the industry’s growing need for an easier way to uncover new shows.

Today, English launched Moonbeam, a podcast discovery app that blends machine learning and human curation to present personalized recommendations. This might sound like what Podz is doing, creating a newsfeed-style stream of content that users might like. But Moonbeam ups the ante by creating a creator-friendly platform, allowing podcast hosts to select clips of their show to feature on the app, too. The app also lets fans send a tip to the creator if they like their show enough (Moonbeam won’t take a cut, but there’s still that pesky in-app purchase fee for podcasters to consider). 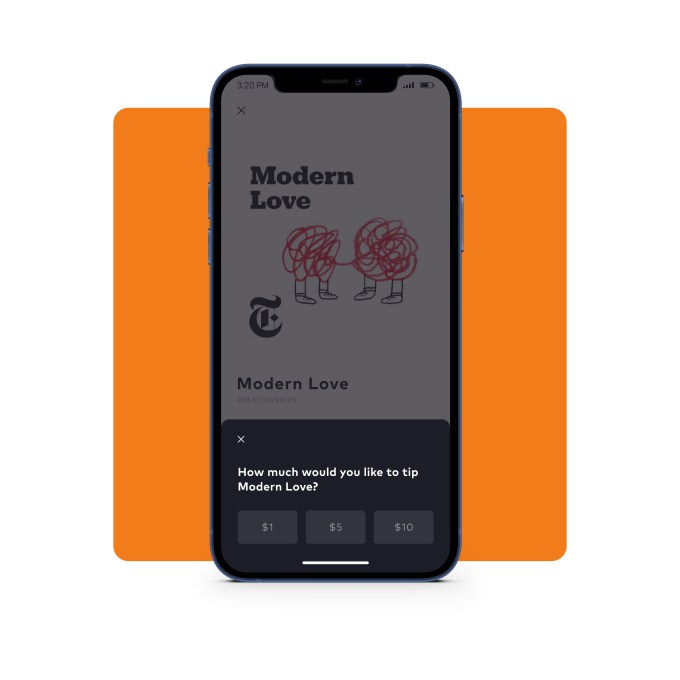 “Podz is one approach for discovery, but I think that there needs to be a lot of people working on this problem,” English told TechCrunch. “One thing that I think differentiates Moonbeam from Podz is that we have human editors.”

English was inspired by TikTok, which has become so ubiquitous in part because of its sophisticated discovery algorithm. As an engineer, he would often redesign apps for fun, like Instagram or Twitter. But as he became interested in podcasting, he wanted to create an app that works like TikTok, but helps people find new podcasts. On the Beam section of the app, which is the equivalent of the For You page on TikTok, users are presented with clips of about a few minutes long. Based on how you interact with them, the algorithm learns what kind of podcasts you might want to see. 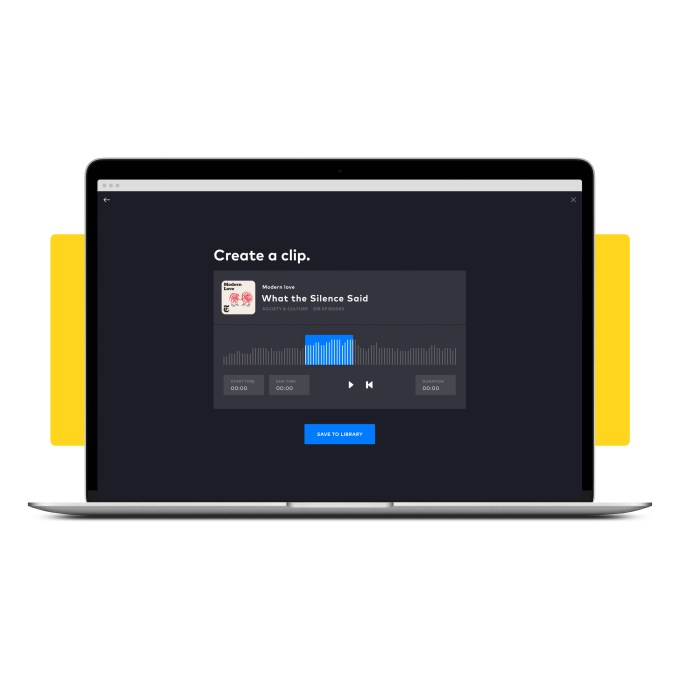 “Machine learning can find better content for you than your friends can. We might find someone in Germany who has the same funny sense of humor you do, which might be a bit different than even your closet friends,” said English. “Machine learning is all about user clustering, where we find users that interacted with Moonbeam in ways similar to you. If we find users who like similar things that you like, we can share shows that they listen to on Moonbeam.”

But what’s tricky about apps like Moonbeam is that it will only get better as more people use the app. In its early stages — to be fair, the app launched today — many of the podcast recommendations come from relatively established shows. But with so many podcasts in existence (not every show is produced by NPR!), the challenge isn’t discovering “This American Life.” It’s finding emerging creators that might not get a shot in the podcasting industry without the backing of a major production studio. That’s what makes TikTok so valuable for creators — it’s very possible to become a viral sensation over night. What if there was an app that did that for podcasters?

Moonbeam plans to roll out software updates every two weeks, which will introduce a series of tools that allow listeners to interact with the teams behind their favorite podcasts. The first of these features — which is already in-app — is tipping. Soon, fans and podcasters alike will be able to make their own clips to share on the app. For now, podcast hosts who navigate to Moonbeam’s website can claim their show and create clips of it. It’s a bit clunkier to navigate than an app like Headliner, but it’s functional.

“There’s going to be a whole bunch of other tools we’re adding between the listener and the host,” said English. “Building that relationship is really important, and we want to do it directly in the player. We don’t want you to have to go to Facebook or some other site.”

Moonbeam can also function as a podcatcher, since you can listen to full episodes in the app and search for specific shows, even if they don’t appear on your Beam – but while podcatchers are abundant, good discovery apps aren’t. Hopefully, Moonbeam can help change that.