Construction technology may not be the sexiest of industries, but it is one where tremendous opportunity lies — considering it has historically lagged in productivity. And, lags in productivity means project delays, which typically costs everyone involved more time and more money.

Enter Assignar, a cloud-based construction tech startup that was originally born in Australia and is now based in Denver, Colorado. Co-founder and CEO Sean McCreanor was a contractor himself for many years, and grew frustrated with the lack of offerings available to him. So, as in the case of many founders, he set out to create the technology he wished existed.

And today, Assignar has raised $20 million in a Series B funding round led by real estate tech-focused venture firm Fifth Wall.

Existing backer Tola Capital and new investor Ironspring Ventures also put money in the round, which brings Assignar’s total raised since its 2014 inception to $31 million.

“I had 100 crews and workers out in the field, lots of heavy equipment and project work, and was running the entire business on spreadsheets and whiteboards,” McCreanor recalls. “With Assignar, we essentially help the office connect to the field and vice versa.”

In a nutshell, Assignar’s operations platform is designed for use by “self-perform general and subcontractors” on public and private infrastructure projects. The company’s goal is to make the whole process smoother for large general contractors, developers and real estate owner-operators by providing a “real-time snapshot of granular field activity.”

Specifically, Assignar aims to streamline operations and schedules, track crews and equipment, and improve quality and safety, as well as measure and monitor productivity and progress with data on all projects. For example, it claims to be able to help match up the best crews and equipment for a specific job “more efficiently.”

The startup says it has hundreds of international customers working on multibillion-dollar projects in infrastructure, road, rail, heavy civil, utilities and other construction disciplines. Those customers range from specialist contractors with as few as five crews to multi-national, multibillion-dollar companies. Projects include things such as bridges and roads, for example. 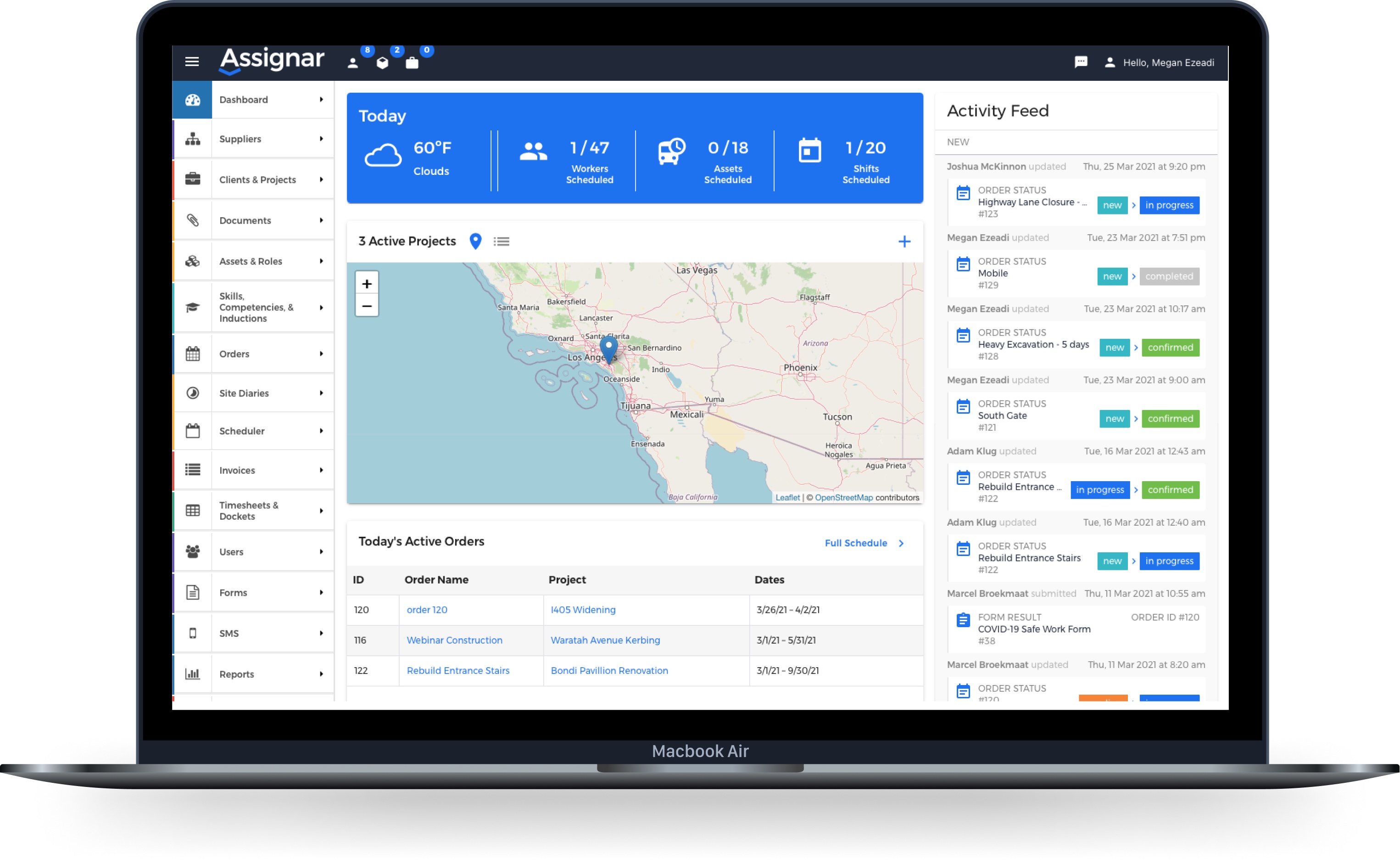 Assignar historically has “more than doubled” its revenue every year since inception and in 2020, saw revenue increase by 75%.

“We could have grown faster but wanted to manage cash flow,” McCreanor told TechCrunch.

Assignar’s focus is particularly significant these days considering that the Biden administration’s Infrastructure Bill is nearing agreement, likely signaling an investment in infrastructure for communities across the U.S.

The heavy civil and horizontal construction industry has long lacked a well-designed and ubiquitous operations platform, according to Fifth Wall Partner Vik Chawla.

“Assignar’s cloud-based software offers a detailed view on when and where different types of field activities are being performed,” he said. “It streamlines communications between headquarters and the field, allows for a reduction in paperwork, and brings time and cost savings to an industry where much of the planning, tracking and reporting are still done by hand, in Excel or on white boards.”

Assignar plans to use its new capital to grow its business in North America (which currently makes up about 25% of its revenue) and double its 65-person team by hiring for roles across all departments. The company also plans to invest in R&D and product development to further build out its core platform. Among the features it’s planning to develop is a contractor hub and a schedule recommendation engine that McCreanor says will leverage data, AI and machine learning “to support planning and execution processes.”