The one-dozenth version of Android has been something of an odd duck. The latest version of Google’s mobile operating system was announced back in February, and a beta version is already available to developers. But up to now, we’ve known glancingly little about how the final version of Android 12 will actually look. Fittingly, the new version looks to be delivering one of the biggest design updates in recent memory. The news arrives as Google is announcing there are now more than 3 billion Android devices currently in use.

We first introduced @Android in 2008 — and now there are 3 billion active Android devices around the world. 🤯 #GoogleIO pic.twitter.com/G6wMXfWgNZ

The company unveiled Material You, a new cross-platform adaptable UI designed to give users more control over how their operating systems work. Among other things, that means that the content can be tailored to different design languages on the phones themselves. The feature will arrive first on Pixel phones this fall and will roll out to additional devices from there.

The notification shade is more intuitive and playful, with a crisp, at-a-glance view of your app notifications, whatever you’re currently listening to or watching, and Quick Settings that let you control practically the entire operating system with a swipe and a tap. The Quick Settings space doesn’t just look and feel different. It’s been rebuilt to include Google Pay and Home Controls, while still allowing for customization so you can have everything you need most in one easy-to-access place. 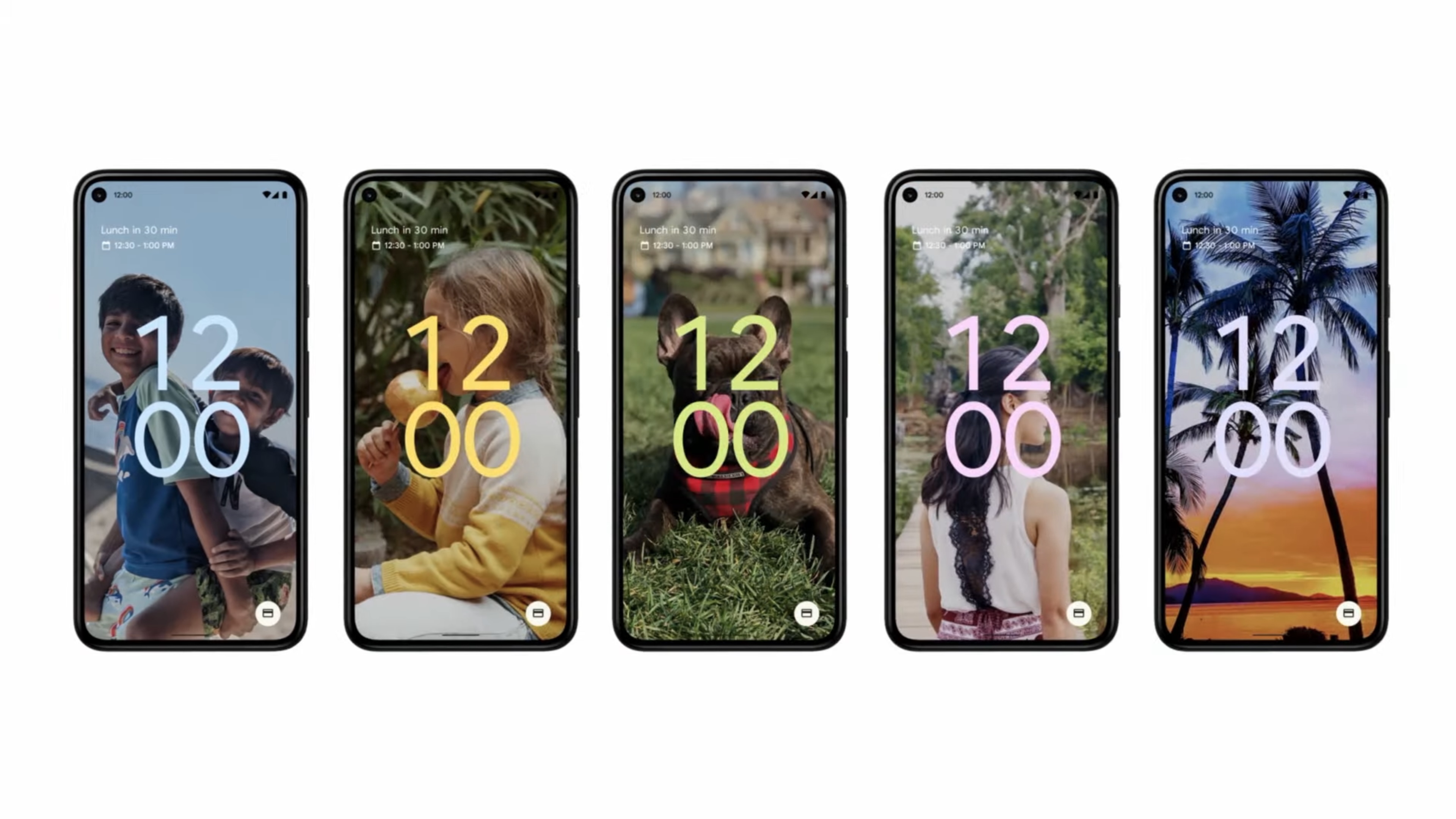 Android 12 will be the first to get the redesigned UI and widgets, along with other design elements. The company is calling it “the biggest design change to Android in years.” The updates include across-the-board refreshes to things, including the lock screen and wallpaper, which uses a variety of algorithms to offer an ever-adapting color palette. The operative word here seems to be “dynamic,” as different elements and widgets adapt to things like the time of day.

Android has a new look. Inspired by Material You, we’ve rethought the entire experience for #Android12, from colors to shapes, light and motion. It’s more personal and expressive — a one-of-a-kind design, just for you. pic.twitter.com/xCRLr7XLWM

Along with ever-changing design, Google is also touting adapting security features with this latest update. The list includes new indicators for access to the microphone and camera — permissions that can be revoked directly from the operating system’s dashboard. The Private Compute Core, meanwhile, offers access to things like Smart Reply, based on the user’s personal setting. That information is isolated from the network, while the computing happens directly on the device itself.

Android handsets will also work more closely with Chrome OS going forward, including the ability to use the mobile device to log directly into a Chromebook, as well as cross-platform notifications.

On the dev side, the company says it has improved performance. “We reduced the CPU time needed for core system services by 22%, so devices will be faster and more responsive,” Google writes on its developer blog. “We also improved Android’s power efficiency by reducing the use of big cores by the system server by 15% to help devices run longer before needing to charge.” Transition and app startup times have been improved here, as well.

The new beta is available starting today. Google is promising more updates in the near future to what appears to be the largest update to the mobile operating system in recent memory. The final version is set to arrive in the fall.