The past year has changed the way we work, on so many levels — a fact from which podcasters certainly weren’t immune. I can say, anecdotally, that as a long-time podcaster, I had thrown in the towel on my long-standing insistence that I do all of my interviews in-person — for what should probably be obvious reasons.

2020 saw many shows shifting to a remote format and experimenting with different remote recording tools, from broad teleconferencing software like Zoom to more bespoke solutions like Zencastr. Tel Aviv-based Riverside.fm (originally from Amsterdam) launched right on time to ride the remote podcasting wave, and today the service is announcing a $9.5 million Series A.

The round is led by Seven Seven Six and features Zeev-ventures.com, Casey Neistat, Marques Brownlee, Guy Raz,  Elad Gil and Alexander Klöpping. The company says it plans to use the money to increase headcount and build out more features for the service. 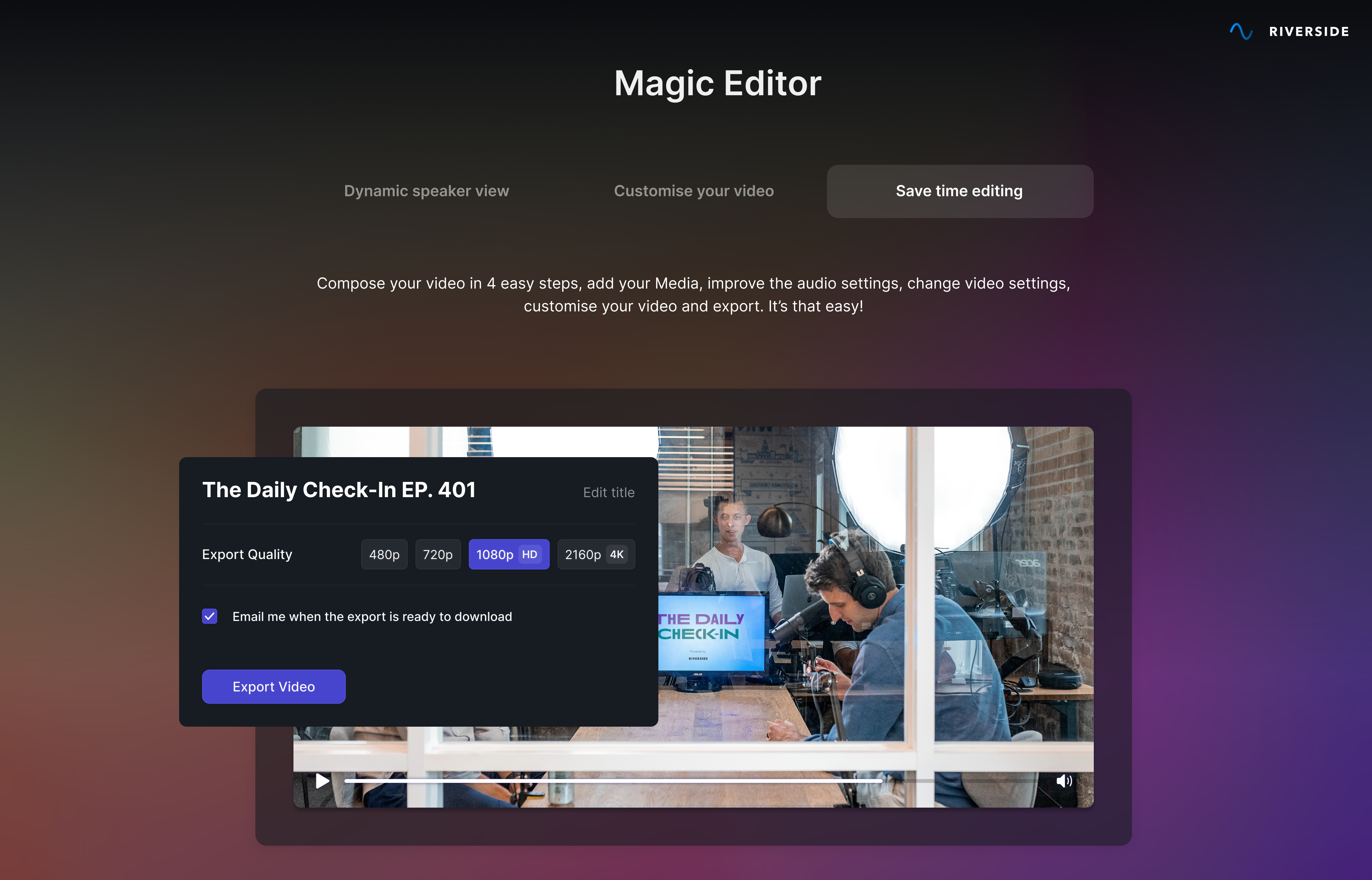 “As many were forced to adapt to remote work and production teams struggled to deliver the same in person quality, from a distance—Gideon and Nadav saw an opportunity to not only solve a great need for creators, but to build an extraordinary product,” Seven Seven Six founder Alexis Ohanian said in a release. “As a creator myself, I can say from experience that Riverside’s quality is unmatched and the new editing capabilities are peerless.”

Riverside.fm is a remote video and audio platform that records lossless audio and 4K video tracks remotely to each user’s system, saving the end result from the kind of technical hiccups that come with spotty internet connections.

Along with the funding round, the company is also rolling out a number of software updates to its platform. At the top of the list is brand new version of its iPhone app, which instantly records and uploads video, a nice extension as more users are looking to record their end on mobile devices.

On the desktop front, “Magic Editor” streamlines the multi-step process of recording, editing and uploading. There’s also a new “Smart Speakerview” feature that automatically switches between speakers for video editing, while not switching for accidental noises like sneezing and coughing.

It’s a hot space that’s only heating up. Given how quickly the company was able to piece their original offering together, it will be interesting to see what they’re able to do with an additional $9.5 million in their coffers.