Debt is the new equity. As founders run around trying to fend off prying VCs from their cap tables, they are increasingly turning to debt products like revenue-based securities in order to get the capital they need today while protecting them from dilution they don’t want tomorrow. It’s a huge business, with leading company Pipe just valued at $2 billion and others like CapChase cashing in on founders’ newly found love of debt.

All those new securities creates a dilemma for potential investors: How do they evaluate every single new debt product from every single company? It’s a problem they face not just in the startup world, but also private debt in general as companies borrow hundreds of billions of dollars per year. The solution is securitization and syndication, aggregating the small debts from multiple companies and fusing them together into one consistent new security. It’s a major component of capital markets, but one that remains mired in legacy business practices.

Percent is building an end-to-end technology securitization platform for debt originators to connect with a much wider network of investors than traditional institutions to get the best rates at the fastest speeds. When we last checked in a year ago with the company, previously known as Cadence, it had just raised $4 million and processed $125 million through its platform in its short lifetime.

Well, it has now structured more than $400 million across its platform, an eye-popping performance that has attracted new VC interest, this time from Sep Alavi at White Star Capital and Karen Page at B Capital Group. The two firms are investing $12.5 million in a Series A into Percent, with previous backers Revel Partners and Recharge Capital participating.

For CFOs, Percent’s pitch is that it can offer a wider spectrum of private debt buyers to originators, therefore lowering the cost of capital. The traditional corporate debt world remains quite clubby, with major institutional holders being connected to originators through investment banks. High fees and a limited investor base can raise expenses significantly. Through its platform, Percent can break that clubbiness and open the debt world to a wider range of buyers.

Pipe, which aims to be the ‘Nasdaq for revenue,’ raises more money at a $2B valuation

Furthermore, Percent also acts as the deal origination and transaction platform, allowing companies to easily put together debt offerings, process requests for information and avoid the sort of “attach Excel financials to email or upload to cloud” workflow that remains a mainstay in these processes.

Percent scored one of its biggest wins to date with the securitization of $144 million in debt originated by FAT Brands, the owners of popular restaurant franchises like Fatburger and Johnny Rockets. Percent acted as co-lead bookrunner with lead Jefferies for the debt announced yesterday, and FAT noted that its cost of capital was significantly lower than its previous two securitizations from last year. Given the changing macro environment and the radically shifting fortunes in the foods service business in the wake of COVID-19 though, it is hard to precisely identify what changed the cost of capital and what extent a modern technology stack helped the company’s debt performance. Outside of FAT Brands, Percent has a list of many of its other originators available.

Nelson Chu, the founder and CEO of Percent, noted that he was particularly interested in finding investors with knowledge of capital markets and the enterprise sales cycle. He observed in an interview that as more and more VCs in recent years have tended to come from product and growth roles at startups rather than the traditional path through an investment bank, there are fewer VCs with knowledge or interest in the capital markets space.

Alavi at White Star has invested in a range of financial services and blockchain companies, while Page at B Capital has long been in the enterprise space at Apple and as an early employee at cloud provider Box. 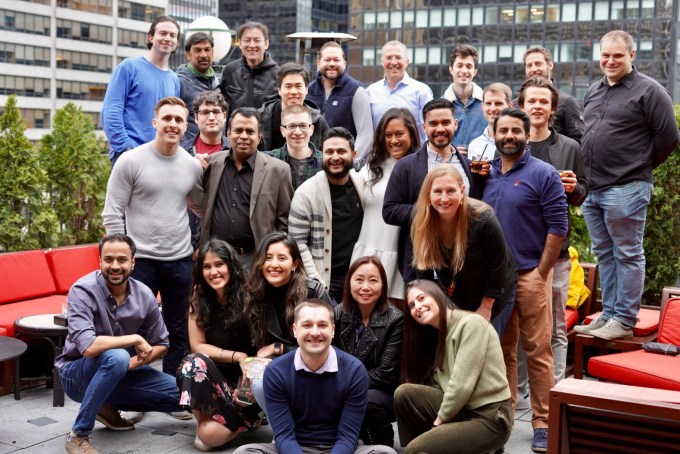 Percent, which is headquartered in New York City and was founded in 2018, has expanded its team by double over the past year as it scales up its engineering and sales teams.