SpaceX is set to send a payload to the moon in 2023, using its larger (and infrequently used) Falcon Heavy launch vehicle. The mission will fly a lander built by space startup Astrobotic, which itself will be carrying NASA’s VIPER, or Volatiles Investigating Polar Exploration Rover (this is the agency that loves torturing language to come up with fun acronyms, after all).

The launch is currently set for later in the year, and this would be Falcon Heavy’s first moon mission if all goes to plan. It will not, however, be SpaceX’s first lunar outing, as the company has booked missions to launch lunar landers as early as 2022 on behalf of both Masten and Intuitive Machines. Those would both employ Falcon 9 rockets, however, at least according to current mission specs. Also, all of the above timelines so far exist only on paper, and in the business of space, delays and schedule shifts are far from unusual.

This mission is an important one for all involved, however, so they’re likely to prioritize its execution. For NASA, it’s a key mission in its longer-term goals for Artemis, the program through which it seeks to return humans to the moon, and eventually establish a more permanent scientific presence there both in orbit and on the surface. Part of establishing a surface station will rely on using in-situ resources, of which water would be a hugely important one. 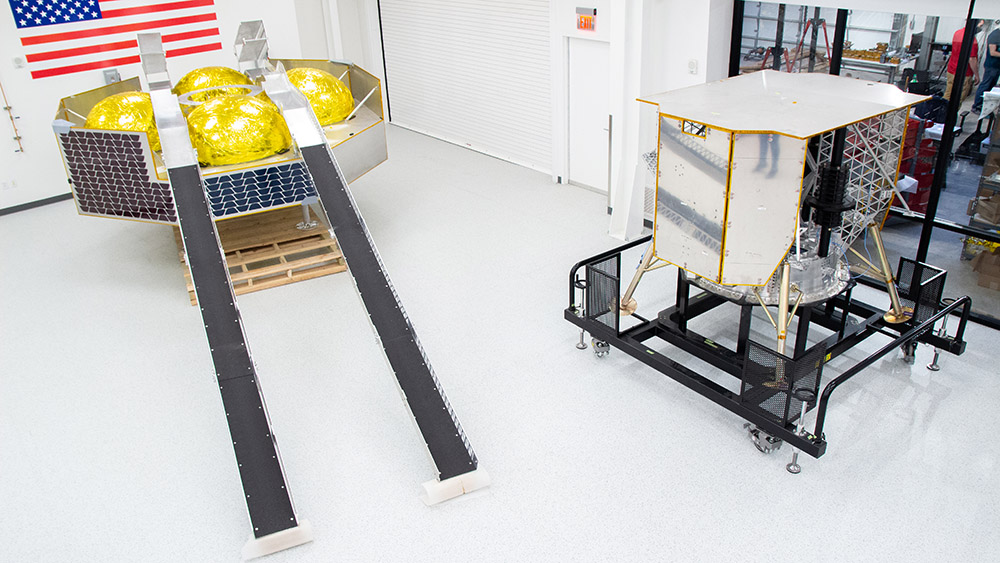 Astrobotic last year won the contract to deliver VIPER on behalf of NASA. The mission profile includes landing the payload on the lunar South Pole, which is the intended target landing area for NASA’s Artemis missions involving human astronauts. The lander Astrobotic is sending for this task is its Griffin model, which is a larger craft than its Peregrine lander, giving it the extra space required to carry the VIPER, and making it necessary to use SpaceX’s heavier lift Falcon Heavy launch vehicle.

NASA’s ambitious target of landing astronauts back on the moon by 2024 is in flux as the new administration looks at timelines and budgets, but it still seems committed to making use of public-private partnerships to pave the way, whenever it does attain that goal. This first Griffin mission, along with an earlier planned Peregrine landing, are part of NASA’s Commercial Lunar Payload Services (CLPS) program, which sought private sector partners to build and deliver lunar landers with NASA as one customer.