The money will be used to propel the company’s growth this year, building on 600% year-over-year growth as of the start of 2021, the company said in a statement.

Andrew Parker, the company’s founder and CEO, launched Papa as a consumer product in 2017. Seniors signed up for the service and a college student, called a Papa Pal, would show up at their door to help with anything from taking them to doctor appointments to helping around the house, providing tech support and offering companionship.

The idea was always to spend about six months collecting data and feedback and then approach insurance companies. The Miami-based company has since partnered with 80 insurance providers that offer Papa nationwide as a benefit to their members. Employers can also offer Papa as a benefit. And while individuals can still sign up for the service, it is largely available through insurance.

“We’ve been able to prove that we improve the lives and health outcomes of older adults and families,” Parker said. “Most of all they’re trying to reduce loneliness and isolation to seniors.” The pandemic has only exacerbated loneliness and so Papa started offering virtual services, too.

The company has expanded its core offering to also include Papa Health, a suite of benefits that includes care navigation, virtual primary care and chronic care management, all of which are offered through the Papa platform. Additionally, the company’s services are now offered to families through Medicaid Managed Care, Parker said. “For example, maybe there’s a single mother with children who is trying to get a job — a Papa Pal can help her out,” he added.

The idea for Papa came from a personal need within the Parker family. “I started Papa originally to help my grandfather — who we called Papa — who came from Argentina. He needed support and help and companionship, but he didn’t need bathing and toileting,” Parker said. To get help for his grandfather, Parker put an ad on Facebook asking, “Who wants to be a pal to my Papa?” 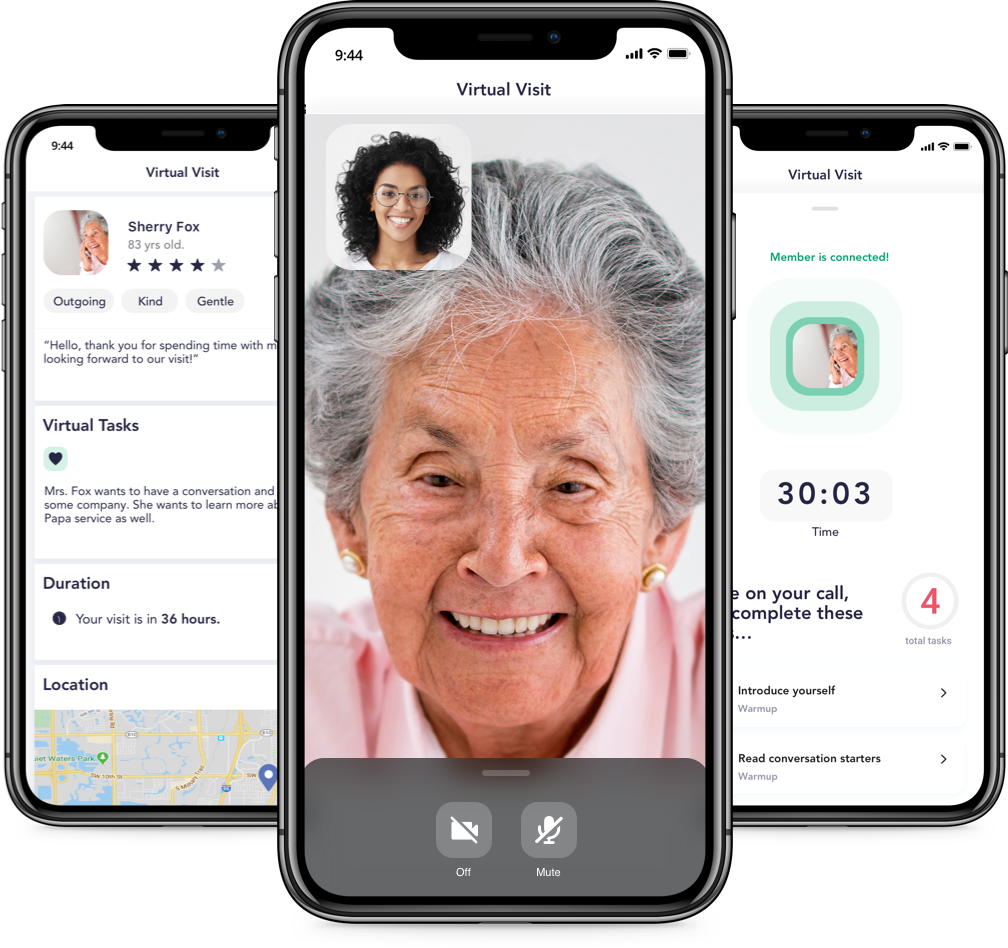 “We wanted someone young and energetic who would also benefit from my grandfather’s life experiences,” Parker said. While the company originally focused on students, it now works with anyone from the age of 18-45, though Parker reinforced that the company is stringent in who it accepts and has an acceptance rate below 10%. The company gets about 20,000 applications per month from people wanting to be pals.

For those who do work with Papa, Parker said their main role is to provide a sense of, “Hey, I’m here, and I care about you, and I’m here to support you.”

“There’s so much nuance to older adults’ lives, and 50% of older adults consider themselves lonely,” Parker added.