Realworld has a big vision — founder and CEO Genevieve Ryan Bellaire told me her goal is “simplifying adulthood.” And the New York startup has raised $3.4 million in seed funding to make it happen.

Apparently that’s something Bellaire struggled with herself in her early twenties. Despite being a lawyer with an MBA, she said she found herself “just totally unprepared for all these real-world things,” whether that was figuring out housing or heath insurance — something I (a non-lawyer, non-MBA) can definitely relate to.

“There’s tons of content out there out there that can tell you to fill out this form to sign up for a credit card, but you don’t know what you don’t know,” she said. “There’s not one place that defines adulthood.”

At the same time, there are online services that can make aspects of adulthood easier — whether that’s Lemonade for insurance, Betterment for investing or Zocdoc for doctor’s appointments. But again, finding these services and just knowing that you should use them can be a challenge, so Bellaire said Realworld is meant to serve as the “single point of entry.”

To do that, the startup has created more than 90 step-by-step playbooks, covering everything from budgeting to moving to salary negotiation. Bellaire said these are designed for members of Gen Z who are just leaving college and entering the workforce. 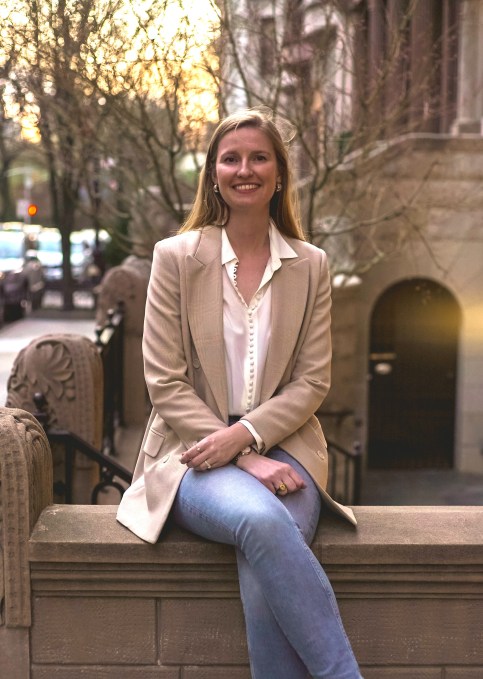 Of course, even if you focus on a specific age group, different twentysomethings will have different backgrounds, income levels and challenges. Bellaire said the playbooks will customize their instructions based on a user’s specific goals and circumstances, but she also argued that Realworld’s “starter pack” of 15 playbooks covers things that every adult will need to deal with in some form, such as creating budgets, finding an apartment and understanding income taxes.

The startup plans to release its first mobile app next month, and its goal is to become what Bellaire described as a “platform, marketplace and community.” The playbooks are a big piece of the platform, and eventually, Realworld could also include a marketplace for services that will help you accomplish those adulthood goals, as well as a community where users share their knowledge and advice.

Realworld initially charged for access to its playbooks, but they’re now available for free. Instead, Bellaire said the company could charge a subscription fee for additional features and for “concierge-oriented support.”

“This is one of those problems where if you get it right, you can make a huge impact, but you can also have huge financial success,” she added.

Amplifyher partner Meghan Cross Breeden noted that Realworld could “corner the market on life milestones,” not just for Gen Z right now, but for “every future milestone … in the long-haul of adulthood, from buying a home to caring for a parent.”

SeedFi closes on $65M to help financially struggling Americans get ahead