When the pandemic arrived in the U.S. early last year, companies scrambled to figure out what to do with their long-standing, in-person developer events. For Apple and Microsoft, that meant going virtual — something companies have done with mixed results.

For Google, it meant calling off I/O all together. The company canceled the developer conference traditionally held each May at Mountain View, California’s Shoreline Amphitheater.

“Out of concern for the health and safety of our developers, employees and local communities — and in line with recent ‘shelter in place’ orders by the local Bay Area counties — we sadly will not be holding I/O in any capacity this year,” the company wrote at the time.

After a year off, the show is set to return in virtual form. Google sent out its customary puzzle invites today, noting that the event will be held May 18-20. (Props to 9 to 5 Google for solving.) Like other online-only events of a recent vintage, this version of the developer’s conference will be free to attend and open to all. (Live, we assume, and not “Olive,” but it’s hard to say for sure, based on the graphic below.) 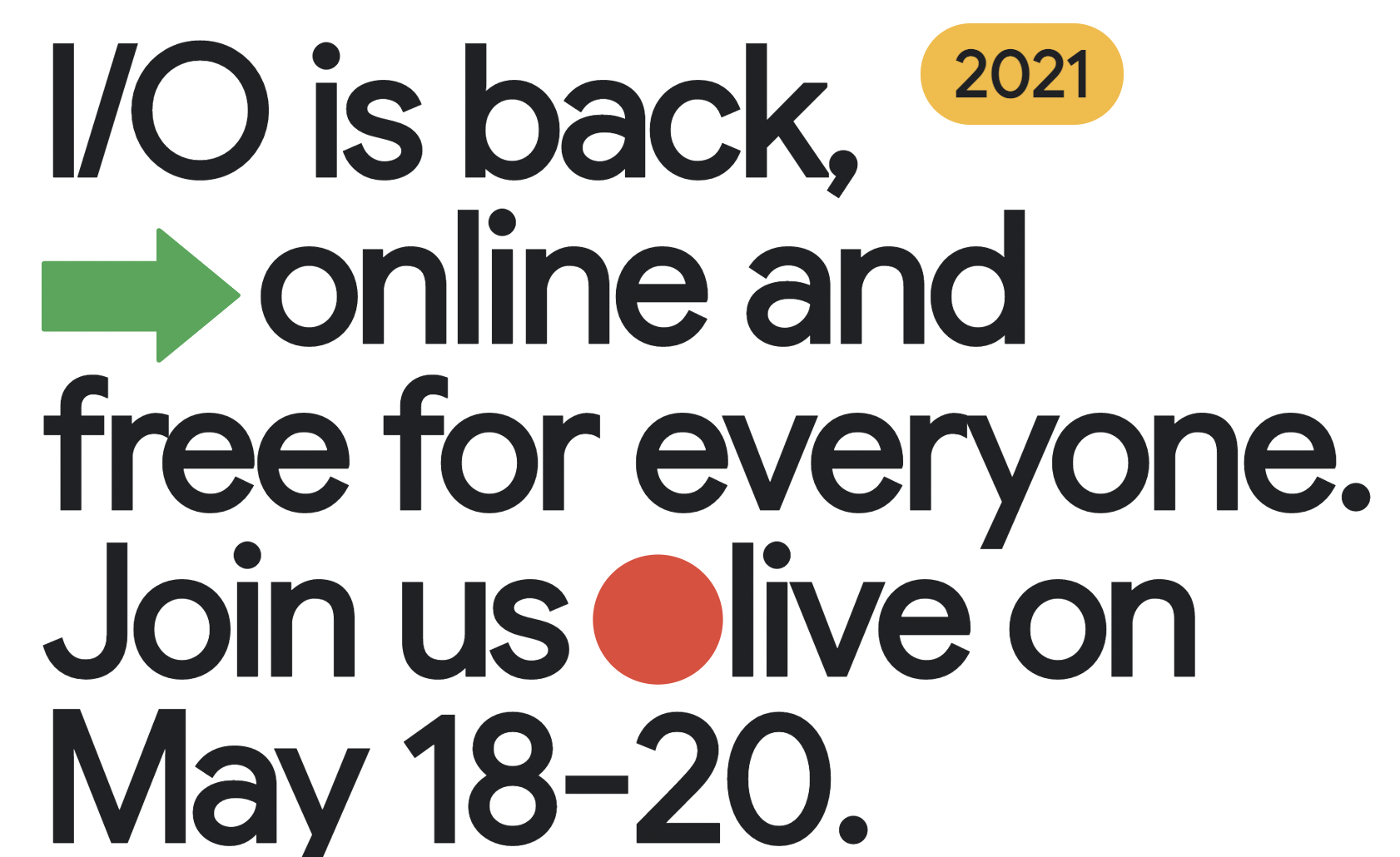 Google joins a number of companies continuing to hold virtual events in 2021. While an aggressive vaccine rollout has begun here in the States, there’s still plenty of questions and concerns surround the virus’ spread at large gatherings — even ones like I/O, which are traditionally held outdoors. Apple recently announced a second virtual version of WWDC, set for June, while Microsoft’s Build runs May 25-27.