CaptivateIQ, which has developed a no-code platform to help companies design customized sales commission plans, has raised $46 million in a Series B round led by Accel.

CaptivateIQ must be doing something right. While it is not yet profitable, the startup’s revenue has grown 600% year-over-year. To date, it has processed more than $2 billion in commissions on its platform across hundreds of enterprise customers, including Affirm, TripActions, Udemy, Intercom, Newfront Insurance and JMAC Lending.

“A big part of our growth is that we can help any company that offers a performance-based compensation plan, so we don’t have any restrictions with the types of businesses we work with,” said co-CEO Mark Schopmeyer. “We typically see conversations start with teams that have a minimum of 25 sales people, though we easily serve enterprises and public companies as well.”

The number of payees — defined as someone receiving a payout in CapitvateIQ’s system — was up four times in December 2020 from the year prior. Plus, the company had “back-to-back record months” from September through the end of the year in 2020, according to Schopmeyer. 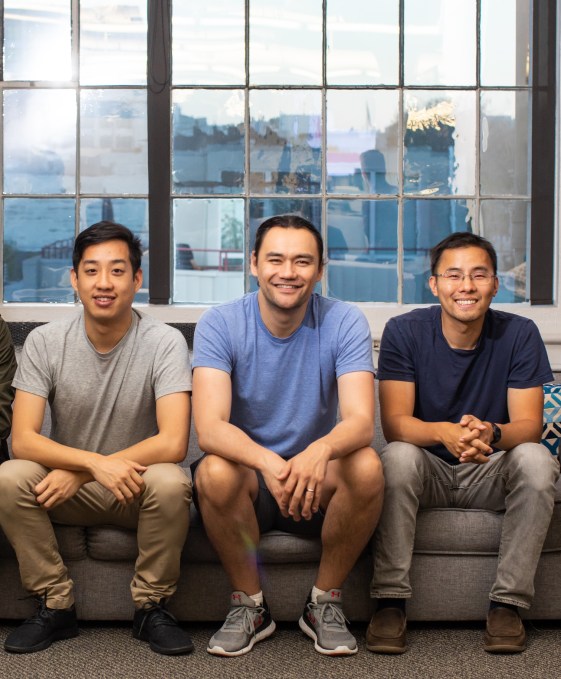 The company touts its SaaS platform as a combination of the familiarity of spreadsheets with the scalability and performance of software, so that users can configure any commission plan “entirely on their own,” according to Teng.

“Calculating commissions is really complicated and mission-critical — think of it like a very complicated form of payroll — each company has a unique commission plan that involves a lot more calculations and data than your typical salary payroll math,” Teng said. “Also, in recent years, companies have access to more data than ever, giving them room to incentive employees on more performance metrics.”

Today, CaptivateIQ has 90 employees, more than triple what it did one year ago.

In 2020, the startup saw a bump in the number of non-high-technology companies buying its software, and as a result, CaptivateIQ is going to increase its efforts into those other verticals, according to Teng. So far, it has found success in particular in financial services, manufacturing and business services, among other sectors.

The pandemic served as a tailwind to its business. Sales teams generally rely on in-person interactions to stay productive, Schopmeyer points out. Without those activities over the past year, “having the right incentives in place became ever more critical as companies required new ways to motivate teams during the shift to remote work.”

“We saw our product usage skyrocket at the beginning of the pandemic as businesses quickly adjusted incentives, team quotas, SPIFs and other components of their comp plans to stay competitive,” he said.

The company plans to use its new capital to improve upon the user experience. Specifically, Teng said, it plans to introduce “more powerful data transformations, a richer set of formulas and off-the-shelf templates.”

Another goal is to automate and streamline the commissions process from beginning to end, he added. The startup is expanding its data integrations to support “all major data systems” and introducing new dashboarding capabilities. It’s also enhancing existing collaboration workflows around approvals, inquiries and contracts.

Looking ahead, CaptivateIQ is exploring the potential of applying its technology to solve for use cases outside the world of commissions — something that it says its customers are already doing.

“It’s exciting to see what people have been building, and we’re looking forward to enabling new solutions as we continue to release more of our core technology platform,” Teng said.

Accel Partner Ben Fletcher said the pain point of calculating and reporting sales commissions kept coming up among portfolio companies, with CaptivateIQ frequently referenced. Those companies, he said, tried more enterprise-grade solutions — “spending hundreds of thousands on implementation to ultimately find that their products did not work.” They also tried other newer tools that also just didn’t work well.

“As we dug in and talked with more and more customers, it was abundantly clear — CaptivateIQ was the best product in the space,” Fletcher said.

Besides ease of use, the fact that CaptivateIQ is a no-code tool, is a big deal to Accel.

“Similar to UIPath, Webflow, and Ada, CaptivateIQ is able to bring the power of customer development and automation to an easy to use, drag-and-drop product,” Fletcher said.