At the age of 14, Jacklyn Rome saw firsthand how divorce can impact families, and how arguing about finances both during and after the process can impact children.

The experience stuck with her. As an adult, after leading new product launches at Uber and Blue Apron,  Rome came up with the concept behind her startup, Ensemble. The expense tracking app quietly launched in the App Store in 2020 with the mission of reducing tension among co-parents and making sure kids’ needs aren’t negatively impacted by a divorce.

Today, Ensemble is coming out of stealth with $3 million in seed funding from TTV Capital, Lerer Hippeau and Citi Ventures.

Put simply, Ensemble’s mission is to improve the lives of co-parents and their children by giving parents a streamlined way to track shared expenses.

“Most co-parents either figure out finances on their own ad hoc or rely on child support payments — however, child support only covers food, shelter and clothing, which is only half of the cost of raising a child,” Rome points out. The other half of expenses, including medical bills, extracurricular activities, transportation, etc., often end up being discussed by co-parents via text messages and spreadsheets. 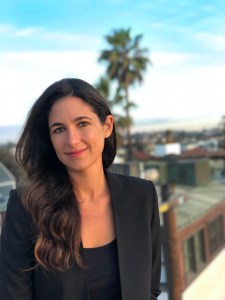 Ensemble kicked off a six-month pilot in January 2020, when the credit-first version of the app went live. In April 2020, the dual functionality version — where two parents could connect their accounts — went live.

Since its App store launch last spring, Ensemble has seen “strong organic growth and referrals” from its users, according to Rome. Ensemble’s users, on average, are tracking over $1,000 per month in shared expenses for their children.

Roughly 30% of Ensemble’s downloads were organic in people discovering the app in the App Store, she said.

“Even in the most amicable divorces, money is the number one thing that divorced parents end up arguing about. In more contentious divorces, it often gets used as a power lever among two emotionally charged individuals with no other tools at their disposal,” Rome said. “We set out to build a product that eases tense communication about shared finances and serves the nuanced needs of separated parents.”

For now, the app is free. Ensemble plans to begin monetizing with the use of funds from its seed round.

Eventually, the company is planning to build out a paid subscription model. Over the long term, it’s also planning to expand beyond being an expense tracking app to offering a suite of financial products and primarily banking products, for things like shared credit cards with tight spending controls, Rome told TechCrunch.

“Ultimately, we want to help make sure that the children of divorced parents are not at a financial disadvantage when it comes to building for their financial future,” she said.

Are subscription services the future of fintech?

Rome founded Ensemble while she was an Entrepreneur in Residence (EIR) at Co-Created, a venture studio based in New York, with support and funding from Citi Ventures’ D10X program.

“A key insight that Citi had given us was that for them as a bank, it’s incredibly hard to acquire new customers because people don’t often change banks,” Rome said. “One of the few times in life that people regularly change banks is when they get divorced. And that sparked the thought process around the pain points that people feel through their divorce, specifically as it relates to finances.”

Luis Valdich, managing director of venture investing at Citi Ventures, says the bank has been “tracking for some time” how the financial needs of individuals have been evolving given societal trends, while at the same time identifying potential investment opportunities in startups that address underserved needs.

“One growing gap is for divorced or separate parents to track and manage shared expenses,” Valdich said. “Ensemble solves this problem by striking the optimal balance of delivering ease of use, visibility and empathy for modern co-parents, minimizing the need for back-and-forth communications. While it is early, we found its user experience to be substantially superior to the alternatives in the market, and Jacklyn brings a unique perspective on the challenge Ensemble is trying to solve.”

And while he could not speak to specific plans between Citi and Ensemble, Valdich said that Citi Ventures’ approach has always been to invest in companies with an eye toward future collaborations.

“We are proud that the majority of our portfolio has been commercialized within Citi and/or with Citi clients and we will certainly explore opportunities for collaboration when mutually convenient for both parties, as we always do,” Valdich added.

Meanwhile, TTV Capital Partner Mark Johnson said his firm has been investing in fintech for over 20 years and that it’s clear “people are craving digital tools to simplify communication and finances.”

He called Ensemble’s app “a sleek and simple platform” that addresses those needs for co-parents.

Note: In October of 2021, the company changed its name to Onward