Last week a select group of 20 employees and guests gathered at an event space on the San Francisco Bay, and, while looking out at the Bay Bridge, dined on a selection of choice elk sausages, Wagyu meatloaf and lamb burgers — all of which were grown from a petri dish.

The dinner was a coming out party for Orbillion Bio, a new startup pitching today in Y Combinator’s latest demo day, that’s looking to take lab-grown meats from the supermarket to high-end, bespoke butcher shops.

Instead of focusing on pork, chicken and beef, Orbillion is going after so-called heritage meats — the aforementioned elk, lamb and Wagyu beef to start.

By focusing on more expensive-end products, Orbillion doesn’t have as much pressure to slash costs as dramatically as other companies in the cellular meat market, the thinking goes.

But there’s more to the technology than its bougie beef, elite elk and luscious lamb meat.

“Orbillion uses a unique accelerated development process producing thousands of tiny tissue samples, constantly iterating to find the best tissue and media combinations,” according to Holly Jacobus, whose firm, Joyance Partners, is an early investor in Orbillion. “This is much less expensive and more efficient than traditional methods and will enable them to respond quickly to the impressive demand they’re already experiencing.”

The company runs its multiple cell lines through a system of small bioreactors. Orbillion couples that with a high throughput screening and machine learning software system to build out a database of optimized tissue and media combinations. “The key to making lab grown meat work scalably is choosing the right cells cultured in the most efficient way possible,” Jacobus wrote.

Orbillion is co-founded by a deeply technical and highly experienced team of executives that’s led by Patricia Bubner, a former researcher at the German pharmaceutical giant Boehringer Ingelheim. Joining Bubner is Gabriel Levesque-Tremblay, a former director of the American Institute of Chemical Engineers, who was a post-doc at Berkeley with Bubner and serves as the company’s chief technology officer. Rounding out the senior leadership is Samet Yildirim, the chief operating officer and a veteran executive of Boehringer Ingelheim (he actually served as Bubner’s boss). 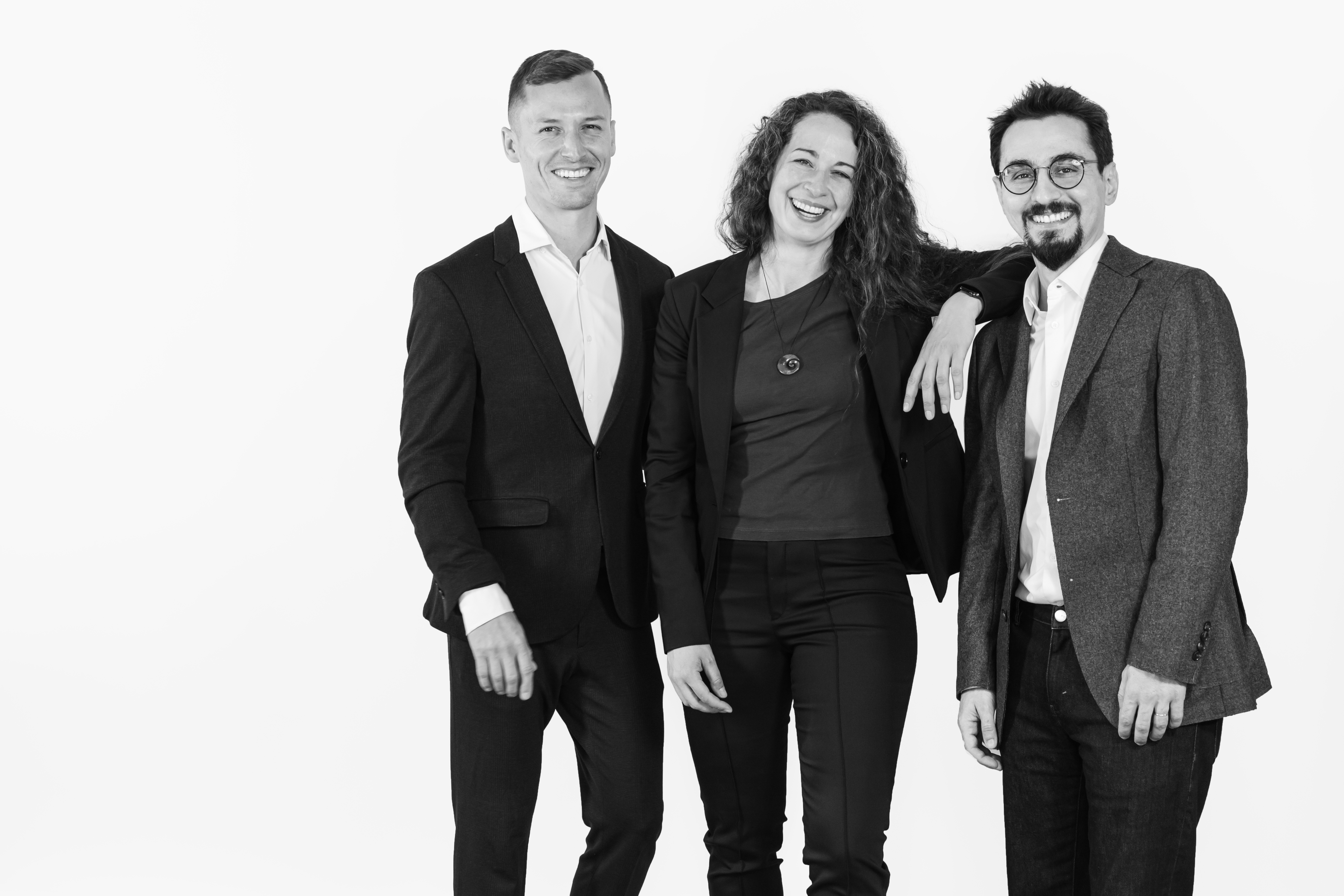 For Bubner, the focus on heritage meats is as much a function of her background growing up in rural Austria as it is about economics. A longtime, self-described foodie and a nerd, Bubner went into chemistry because she ultimately wanted to apply science to the food business. And she wants Orbillion to make not just meat, but the most delicious meats.

It’s an aim that fits with how many other companies have approached the market when they’re looking to commercialize a novel technology. Higher-end products, or products with unique flavor profiles that are unique to the production technologies available, are more likely to be commercially viable sooner than those competing with commodity products. Why focus on angus beef when you can focus on a much more delicious breed of animal?

“I’m just fascinated and can see the future in us being able to further change the way we produce food to be more efficient,” she said. “We’re at this inflection point. I’m a nerd, I’m a foodie, and I really wanted to use my skills to make a change. I wanted to be part of that group of people that can really have an impact on the way we eat. For me there’s no doubt that a large percentage of our food will be from alternative proteins — plant based, fermentation and lab-grown meat.”

Joining Boehringer Ingelheim was a way for Bubner to become grounded in the world of big bioprocessing. It was preparation for her foray into lab-grown meat, she said.

To get to market, Bubner sees the need not just for a new approach to cultivating choice meats, but a new way of growing other inputs as well, from the tissue scaffolding needed to make larger cuts that resemble traditional cuts of meat, or the fats that will need to be combined with the meat cells to give flavor.

That means there are still opportunities for companies like Future Fields, Matrix Meats and Turtle Tree Scientific to provide inputs that are integrated into the final, branded product.

Bubner’s also thinking about the supply chain beyond her immediate potential partners in the manufacturing process. “Part of my family were farmers and construction workers and the others were civil engineers and architects. I hold farmers in high respect… and think the people who grow the food and breed the animals don’t get recognition for the work that they do.”

She envisions working in concert with farmers and breeders in a kind of licensing arrangement, potentially, where the owners of the animals that produce the cell lines can share in the rewards of their popularization and wider commercial production.

That also helps in the mission of curbing the emissions associated with big agribusiness and breeding and raising livestock on a massive scale. If you only need a few animals to make the meat, you don’t have the same environmental footprint for the farms.

“We need to make sure that we don’t make the mistakes that we did in the past that we only breed animals for yield and not for flavor,” said Bubner.

Even though the company is still in its earliest days, it already has one letter of intent, with one of San Francisco’s most famous butchers. Guy Crims, also known as “Guy the Butcher,” has signed a letter of intent to stock Orbillion Bio’s lab-grown Wagyu in his butcher shop, Bubner said. “He’s very much a proponent of lab-grown meat.”

Now that the company has its initial technology proven, Orbillion is looking to scale rapidly. It will take roughly $3.5 million for the company to get a pilot plant up and running by the end of 2022, and that’s in addition to the small $1.4 million seed round the company has raised from Joyant and firms like VentureSouq.

“The way I see an integrated model working later on is to have the farmers be the breeders of animals for cultivated meat. That can reduce the number of cows on the planet to a couple of hundred thousand,” Bubner said of her ultimate goal. “There’s a lot of talking about if you do lab-grown meat you want to put me out of business. It’s not like we’re going to abolish animal agriculture tomorrow.” 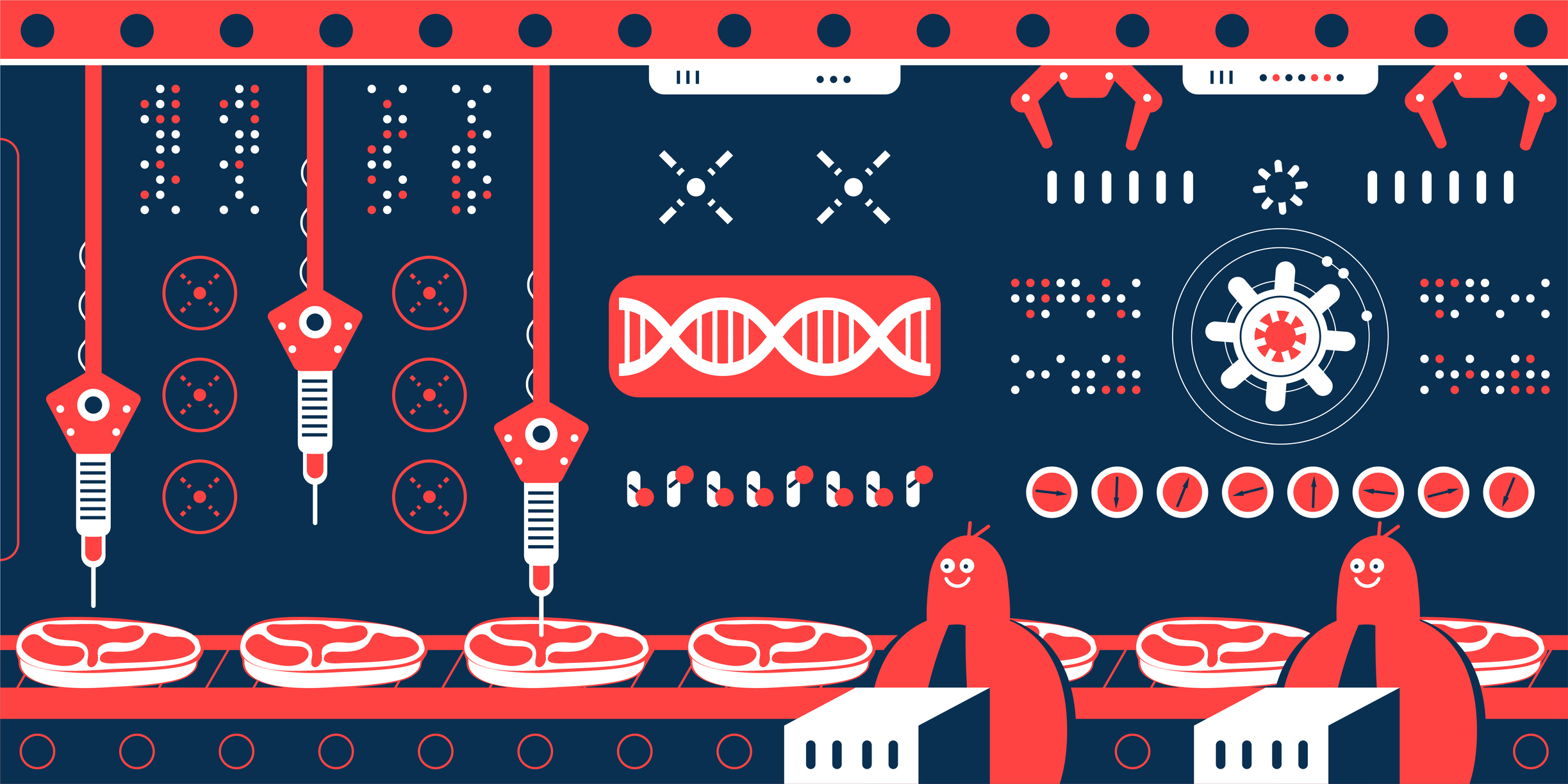