Before we get too far into this week’s roundup, I want to kick things off with an interview we haven’t published anywhere else. Earlier this week, we noted that Ford will be deploying some 100 researchers and engineers to the new $75 million facility at the University of Michigan, Ann Arbor.

The automaker told TechCrunch the set up is not an incubator, so much as “an extension of our global research and advanced engineering network.” Beyond the autonomous driving research, the company will be devoting a lot of research to how it can use third-party robots like Boston Dynamics’ Spot and Agility’s Digit, the latter of which was the centerpiece to a partnership Ford announced a couple of CESes ago.

Currently, the company currently has two Digit robots, purchasing the first two commercial units. Based on how the partnership pans out, Agility could, perhaps, be a prime acquisition target for a company more actively engaged with the robotics community.

Shortly after the event wrapped up, we hopped on the phone with Ford’s Technical Expert Mario Santillo, who will help head up the expanded robotics efforts. Some highlights below.

What kind of work is Ford doing in robotics, beyond the autonomous driving space?

We’re really looking at all area of robotics. My team is focused anywhere from the manufacturing environment to more customer-facing applications, like Digit getting out of some delivery vehicle to deliver a package to your doorstop. Working with University of Michigan, they’re really looking for us to provide better use cases. We would like to — not necessarily develop the robots — but use robots like Digit or Spot to make them smarter and deliver things that Ford really cares about and to ultimately help humanity.

How close are you actually working with the team at Agility?

We’re working very closely. We’re in almost daily stand-ups in terms of getting everything up and running. We just got our Digit in Dearborn, just a couple of months ago. We have another Digit, which is sitting out in Palo Alto, so they’re a little ahead of us, in terms of actually getting real use cases. We work very well with Agility Robotics. There’s nothing hidden from either side. We just want to come together in a partnership and similar to the University of Michigan, we want to come together to make this thing better, useful and safe.

In terms of the actual research, what role does the university play?

The university is starting with the teaching of the next generation of roboticist, so that’s a huge role. The work they’re doing really spans all areas of robotics: air, land, sea, space, you name it. It’s amazing to see how interconnected things are. The walking lab, they’re specifically focusing on doing rehabilitation robotics, and that can directly lead into our Digit being more capable walking over rough terrain.

For the moment, Digit is a primary focus.

Digit is a clear, direct link, but Ford has a lot of wheeled robots, and a lot of work can feed into how we might better use these, based on research that’s going on at the University of Michigan.

Is Ford actively looking into acquiring startups or technologies in the robotics space?

I think Ford is always interested in evaluating new needs and companies as they come. I wouldn’t necessarily say, “no.” 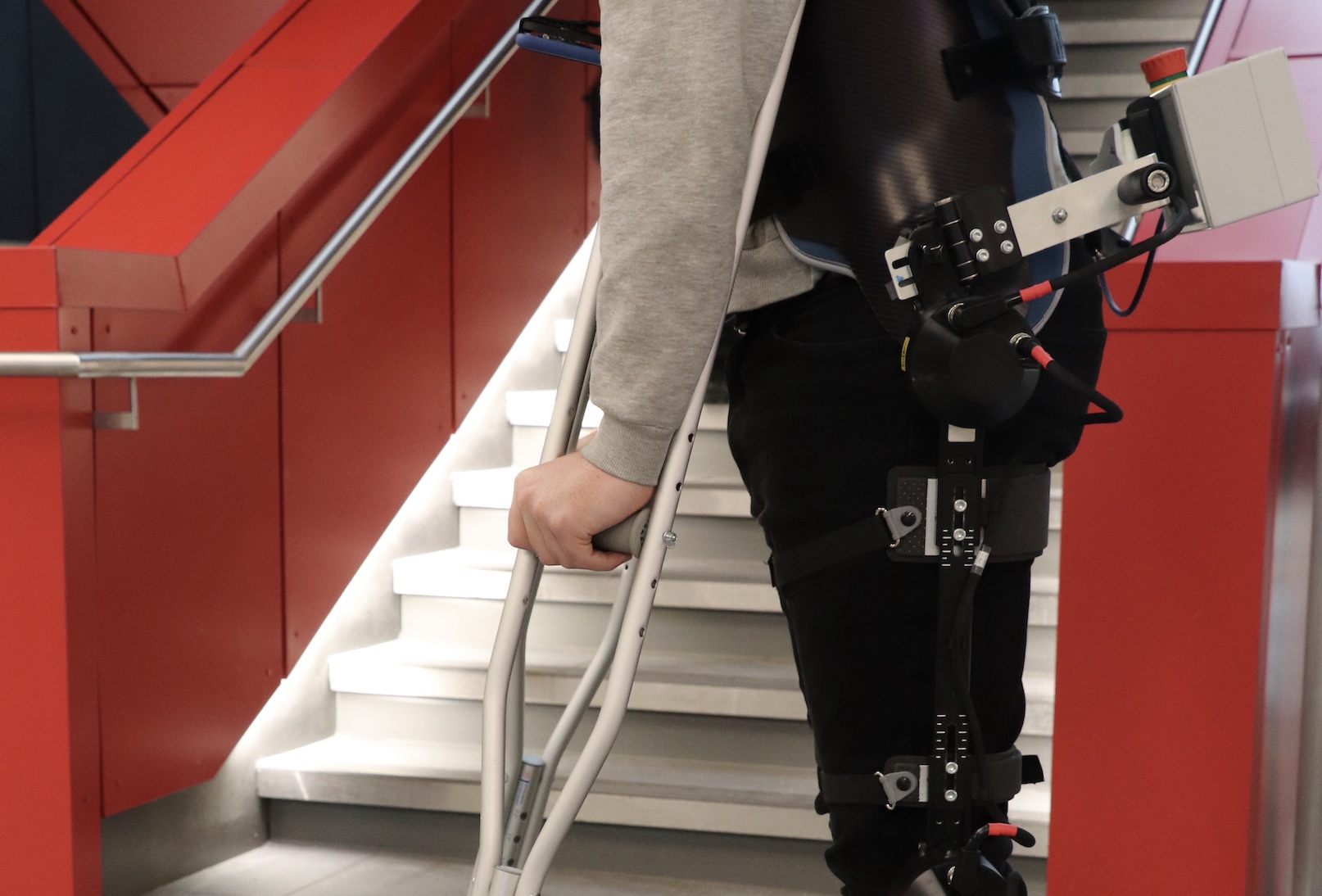 Some cool research coming out of the University of Waterloo in Canada, where a team of researchers are exploring wearable cameras and machine learning to help robotic exoskeletons and prosthetics interact more naturally with their users. Per one of the researchers, “Our control approach wouldn’t necessarily require human thought. Similar to autonomous cars that drive themselves, we’re designing autonomous exoskeletons that walk for themselves.”

Using cameras and AI to help exoskeletons adapt to their environment

A number of companies are currently producing exoskeletons for mobility and rehabilitation purposes. Work like this could be a key step toward removing the need for a smartphone app or other external control. 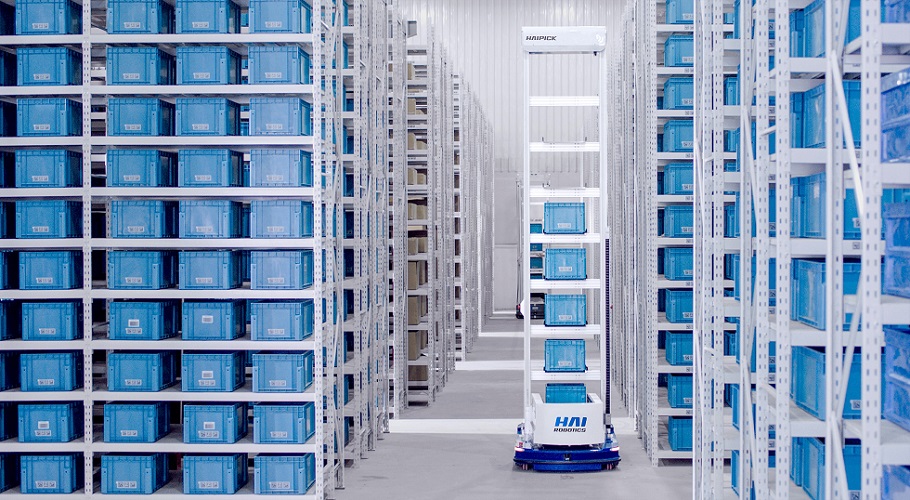 In fundraising news, Hai Robotics completed a “nearly” $15 million Series B+ that adds to the Series B it announced late last year. The Shenzhen-based producers of the Haipick shelving system are one of a number of Chinese logistics robotics manufactures worth following. The system is tall and skinny, capable of moving up to eight boxes at once.

The company says it’s capable of improving warehouse operating efficiency by up to 4x. Like a number of entrants in the category, the pandemic has proven a big opportunity, as more people turn to e-commerce and companies look toward automation to avoid unnecessary shutdowns. 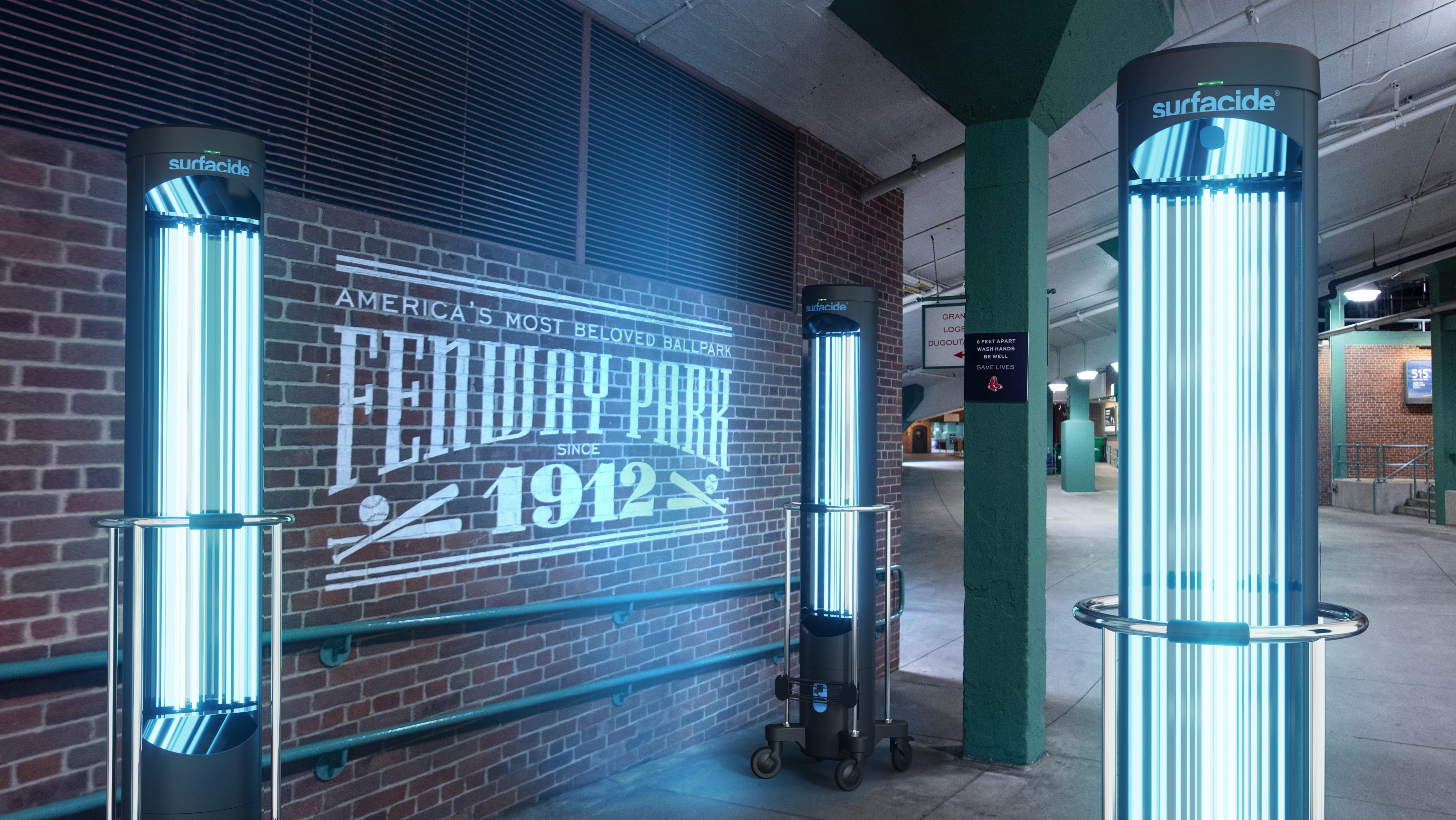 And just because I’m excited about baseball happening again, the Red Sox announced that they’ll be deploying UV disinfecting robots at Fenway this year. At the moment, the team appears to have only purchased three robots from Surfacide (also the legal name for the murder of a proprietary Microsoft tablet). So this will likely be a small part of a larger effort focused on, “disinfecting close quarters like team clubhouses, training rooms, as well as higher-traffic fan areas such as suites and restrooms.”

The robotic umpires, meanwhile, will have to wait a while longer for their MLB debut.