Across the street from Suzhou North, a high-speed railway station in a historic city near Shanghai, a futuristic M-shaped building easily catches the eye of anyone passing by. It houses the headquarters of the five-year-old Chinese autonomous driving startup, Momenta.

Like other major Chinese cities, Suzhou, which is famous for its serene canals and classical gardens, offers subsidized offices and policy support to attract high-tech firms. It seems to have chosen well. Momenta exceeded $1 billion in valuation in two years and became one of the most-funded driving companies in China. The startup has a dazzling list of investors, from Kai-Fu Lee’s Sinovation Ventures and the government of Suzhou, to Mercedes-Benz maker Daimler.

Momenta recently closed another massive round, which nears $500 million and lifts its total funding to more than $700 million. The investment marks an important step toward the firm’s international expansion, its chief of business development Sun Huan told TechCrunch. In a few months’ time, Sun will head to Stuttgart, the German hometown of Mercedes-Benz, and open Momenta’s first European office.

The new funding, a Series C round, was led by Chinese state-backed automaker SAIC Motor, Toyota and Bosch, an indication of the traditional auto monoliths’ conviction to smart driving.

Despite the sizable financial injection, Cao said that “autonomous driving companies can no longer rely solely on fundraising to burn cash.”

Mega-fundraising has become common in the capital-intensive autonomous vehicle world. Momenta’s Chinese rivals Pony.ai has amassed over $1 billion within five years and four-year-old WeRide.ai has raised over $500 million. Like Momenta, the two firms have nabbed investments from big automakers. Pony.ai also counts Toyota as an investor, and WeRide is backed by Renault-Nissan-Mitsubishi.

Momenta declined to disclose its latest valuation. For reference, Pony.ai hit $5.3 billion in its November fundraising round. 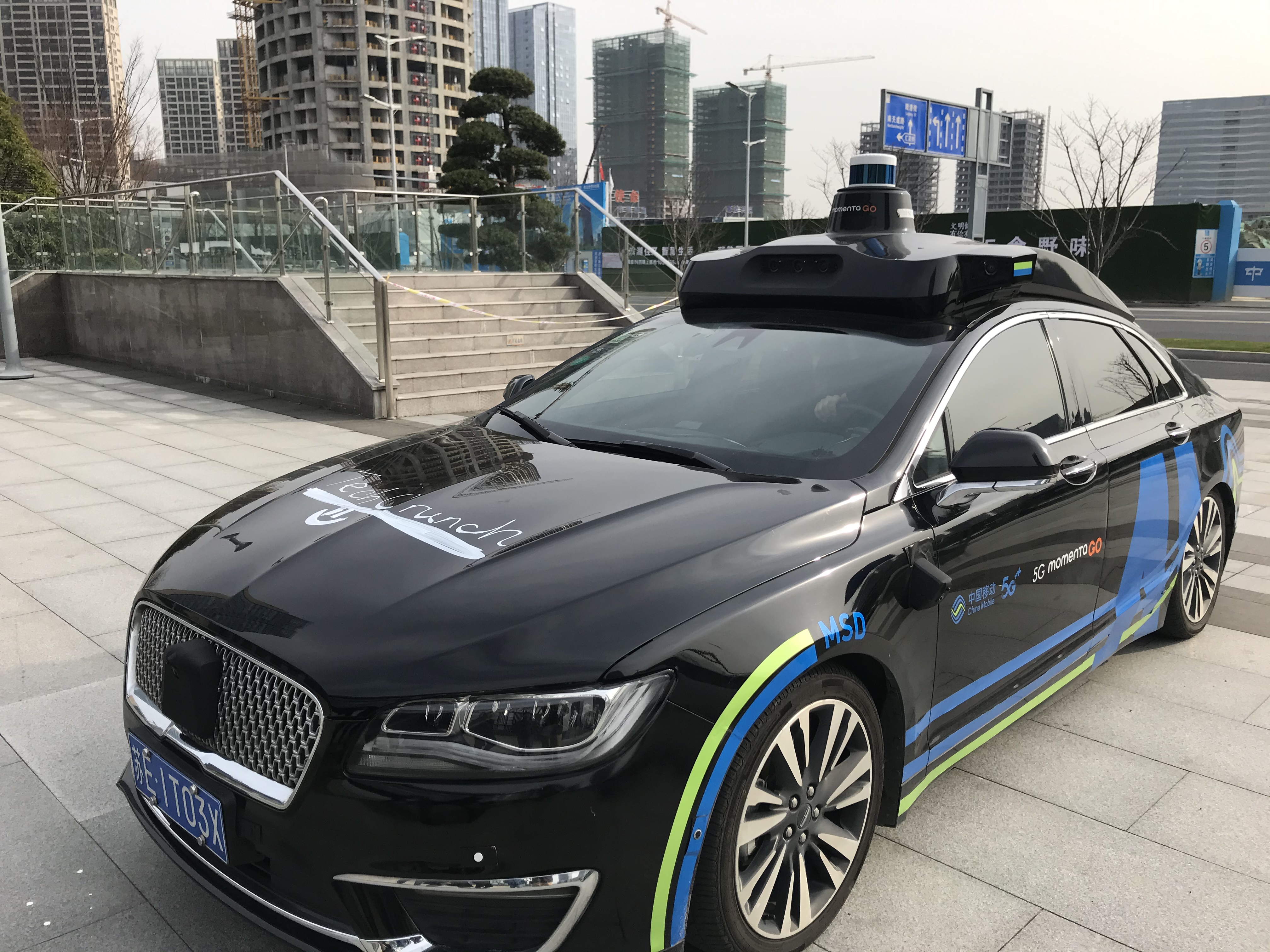 TechCrunch went on a test ride with Momenta / TechCrunch

Momenta prides itself on what it calls a “two-legged” business model. Unlike some peers that concentrate resources on “Level 4,” or real driverless passenger cars, Momenta is selling semi-automated driving software to carmakers while investing in more advanced tech that is years from mass adoption.

It also tries to cap expenses by crowdsourcing data from auto partners instead of building its own car fleets, which helps save billions of dollars, the company has reiterated. By accumulating driving data at scale, Momenta gets to finetune its algorithms through a self-correcting system. The more data it has, the better its machine becomes at driving.

During a test ride TechCrunch went on, where a safety driver was present but did not intervene, a Momenta-powered Lincoln maneuvered through a neighborhood of Suzhou dotted by jaywalkers, unleashed dogs, speeding scooters and reckless truck drivers. When the sedan slowed down at a highway entrance ramp, other cars zipped past us. It felt as if we were going too slowly, but in fact all the human-steered cars were going well above the 40km/h speed limit.

“Some drivers may want the autonomous driving car to be more aggressive, so we are also exploring a system that learns from individual style,” said Jiang Yunfei, an R&D engineer at Momenta who went on the ride. “Of course, on the condition that the car is obeying traffic rules.”

A tablet next to the dashboard showed what our car was capable of seeing and predicting on the road with a set of mass-produced sensors. “Prediction relies on data,” noted Sun. “If we build our own car fleets, it will be very costly to keep the data-driven approach.”

Momenta has joined the ranks of companies piloting robotaxis on China’s urban roads. It aims to remove some safety drivers from its robotaxis, which it jointly operates with auto partners, in 2022, and expects all of its vehicles to go driverless in 2024. By then, the company will have significantly reduced labor costs and reached a positive operating margin per vehicle.

Momenta has kept a quiet public profile since its inception and rarely talked about its customers except for its partnership with Toyota on high-definition maps, which predated the investment. What Cao could say was the company has fostered “deep collaborations” with carmakers and Tier-1 suppliers across China, Germany and Japan.

By the end of 2021, multiple customers will start mass-producing mid-to-high-end cars equipped with Momenta’s software. And by 2024 or 2025, Momenta’s solutions could be powering millions of vehicles, which should provide a steady stream of driving data to the startup.

“Electrification is no longer enough to differentiate one high-end car brand from another because the motors and batteries they used are quite similar. The key differentiator now is intelligence,” said the founder.

When asked whether Momenta worries about challenges faced by Chinese firms amid geopolitical tensions and continuing U.S.-China technological decoupling, Jijay Shen, who recently joined Momenta as vice president of sales and marketing, said such situations are “uncontrollable” and “regulatory compliance” is the priority for entering any new market.

“The human race was able to achieve significant technological progress in the last 10 years exactly because tech companies from different countries are building on top of each other,” said Shen, who spent over a decade at Huawei and was formerly CEO of the telecoms giant’s Ireland business.

“But because of geopolitical factors, many markets will begin to consider self-subsistence in the short term… I can’t conclude what is better, but I think the whole ecosystem and supply chain need to think what’s better — self-subsistence or interdependence.”