Millennials and Gen Zers seem interested in investing more than ever these days. As a result, a number of startups have emerged in recent years to give them more options.

One such startup, Gatsby, announced Monday that it has raised $10 million in a Series A round of funding.

Jeff Myers and Ryan Belanger-Saleh co-founded Gatsby, a commission-free options and stock-trading app aimed at younger traders, in 2018. The pair had already one successful exit in Dealtable.com, a social data room platform. 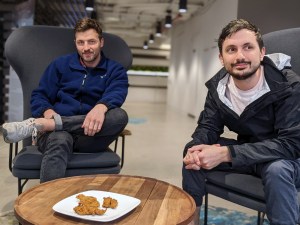 Notably, Peter Quinn, a founder of stock-trading service Public.com — which recently raised $220 million at a $1.2 billion valuation — serves as Gatsby’s chief operations officer, and as the company’s first hire, is considered a member of its founding team.

Besides focusing on a younger demographic, Gatsby aims to give people “a safe and fair platform to trade on without users having to worry about getting in over their heads or being shut out of names when volatility spikes.” The app launched into iOS and Android in early 2020, with the number of signups doubling since the beginning of 2021.

It’s also seen a spike in trade volume with cannabis and meme stocks ranking among its most popular trades of the year so far.

Gatsby aims to take on Robinhood by offering traders no commission trading, no per-contract fees and “with no excessive jargon.” Beyond that, it also offers users a way to earn revenues from trade activity through a rewards program, or, as Myers puts it, “get paid to trade.” It also hosts a social network that can be a source for trade ideas or a place for Gatsby traders to share on their wins (or commiserate their losses).

“We believe that PFOF (payment for order flow) is a fundamentally better pricing model than commissions for users trading on small accounts as long as customers feel like their broker is being fair and honest about execution quality and how they make money,” Myers said.

In the second quarter, Gatsby plans to launch a feature called “Gatsby Circles,” through which traders can create groups of friends to follow and share trades, and get alerts when someone in their circle executes a trade.

The startup plans to use its new capital “to grow aggressively” in 2021. Specifically, the company plans to expand in engineering and brokerage operations over the course of the year. It plans to boost its 12-person team by another “10 to 20 heads” over the next three quarters, according to Myers.

It’s also working on building an adaptive interface. This means that Gatsby’s algorithm will assess the trader and adjust the feature set and interface to be tailored for that user depending on their experience level.

For Jordan French, an early-stage investor in Gatsby and publisher at Grit Daily News, Myers and Belanger-Saleh “have the right combination of technology and marketing experience to grow Gatsby into a defensible position that will be very difficult for competitors to unseat.”

He also believes the company’s approach aligns closely with its core investor base.

A fraction of Robinhood’s users are driving its runaway growth