With prices ranging from $15 to $50, the strawberries grown by the vertical farming startup Oishii aren’t going to be found in just any grocery store.

Instead, the nearly five year-old startup is taking what its co-founder Hiroki Koga called the Tesla approach and targeting the highest end of the market in a New York City — a place where culinary decadence is de rigueur.

“First of all our product. It’s almost a completely different cultivar. It has higher levels of sweetness and aroma — about two to three more times sweetness in our strawberries. People are paying for that extra experience,” Koga said.

The approach is working, with the company sold out of all of its crop for the foreseeable future, Koga said. Oishii (which means “delicious” in Japanese) has also managed to convince investors, raising $50 million in financing so that it can expand its take on the vertical farming business.

The market is already fairly crowded with bigger, better financed startups including Bowery Farms (whose facility is steps away from Oishii’s growing space in Kearny, NJ) and Plenty, so what brought an investment firm backed by some of Japan’s biggest businesses (Toyota Motor Corporation and Sumitomo Mitsui Banking Corporation) from Oishii’s farm to the negotiating table?

To hear Koga tell it, it was the strawberries.

“Strawberries have been said to be the holy grail of vertical farming. It takes five to ten times longer to do a complete R&D cycle for a strawberry. You need to nail every single growing step,” Koga said. “I’ve been in this industry for a long time since it emerged in Japan. Cracking the code for strawberries has been my personal dream.”

“Oishii is the farm of the future,” said SPARX Group Co. President and Group CEO Shuhei Abe. “The cultivation and pollination techniques the company has developed set them well apart from the industry, positioning Oishii to quickly revolutionize agriculture as we know it.” 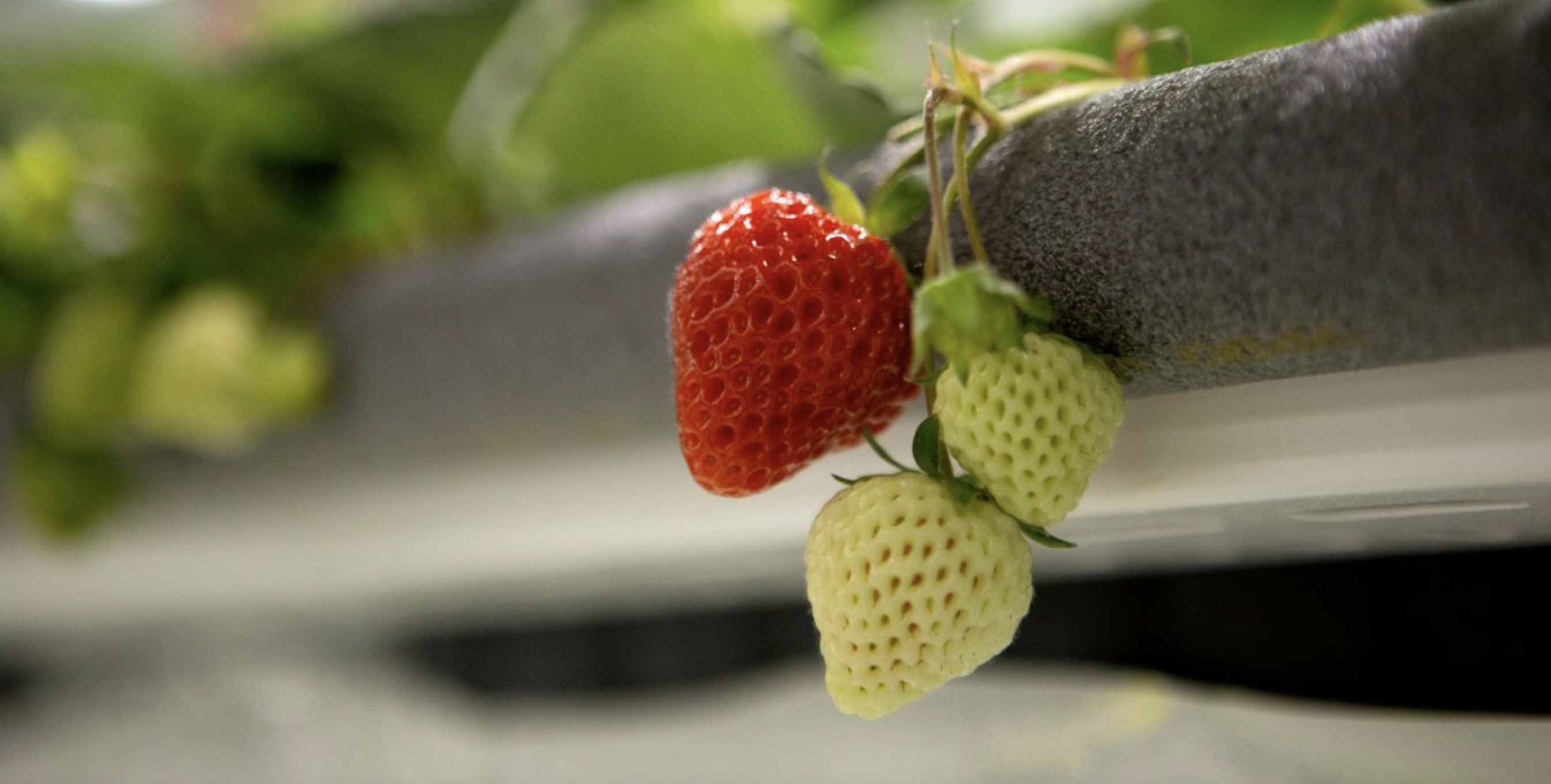 Koga has been thinking about vertical farming for nearly his entire professional career. First exposed to the industry as a young consultant with Deloitte back in the early part of the new millennia, Koga moved to the U.S. to pursue an MBA at Berkeley in 2015. It was just as the vertical farming industry was beginning to take off in the U.S. and Koga found investment firms tapping him to do due diligence on the emerging businesses coming into the market.

From that work, Koga knew the time was ripe to bring a new model to market, so he set about to launch Oishii. A mutual friend introduced him to his co-founder and Oishii’s chief operating officer, Brendan Sommerville, who was pursuing an MBA at UCLA at the time, and Oishii was born.

The thesis was to bring Japanese quality produce to the U.S. and starting with bespoke strawberries would offer the company a path to profitability on a potentially more accelerated timeframe than its competitors, Koga said.

“The problem the industry is facing is the commercial viability of the business model,” Koga said. “We have to start with a crop that is profitable and when i thought about what could that be, I thought Japanese strawberries are a truly unique product that people will pay a premium for.”

The two moved East to prove out their thesis because New York represented a branding and culinary capital for the two West Coasters.

The city’s top chefs have been eating up the company’s “omakase” berry since it first cropped up back in 2018.  Dominique Ansel, the Instagram-famous pastry chef who invented the cronut, love them. So do the folks behind the Chef’s Table at Brooklyn Fare (now in Manhattan) where a full meal with wine will run a couple roughly $1300. 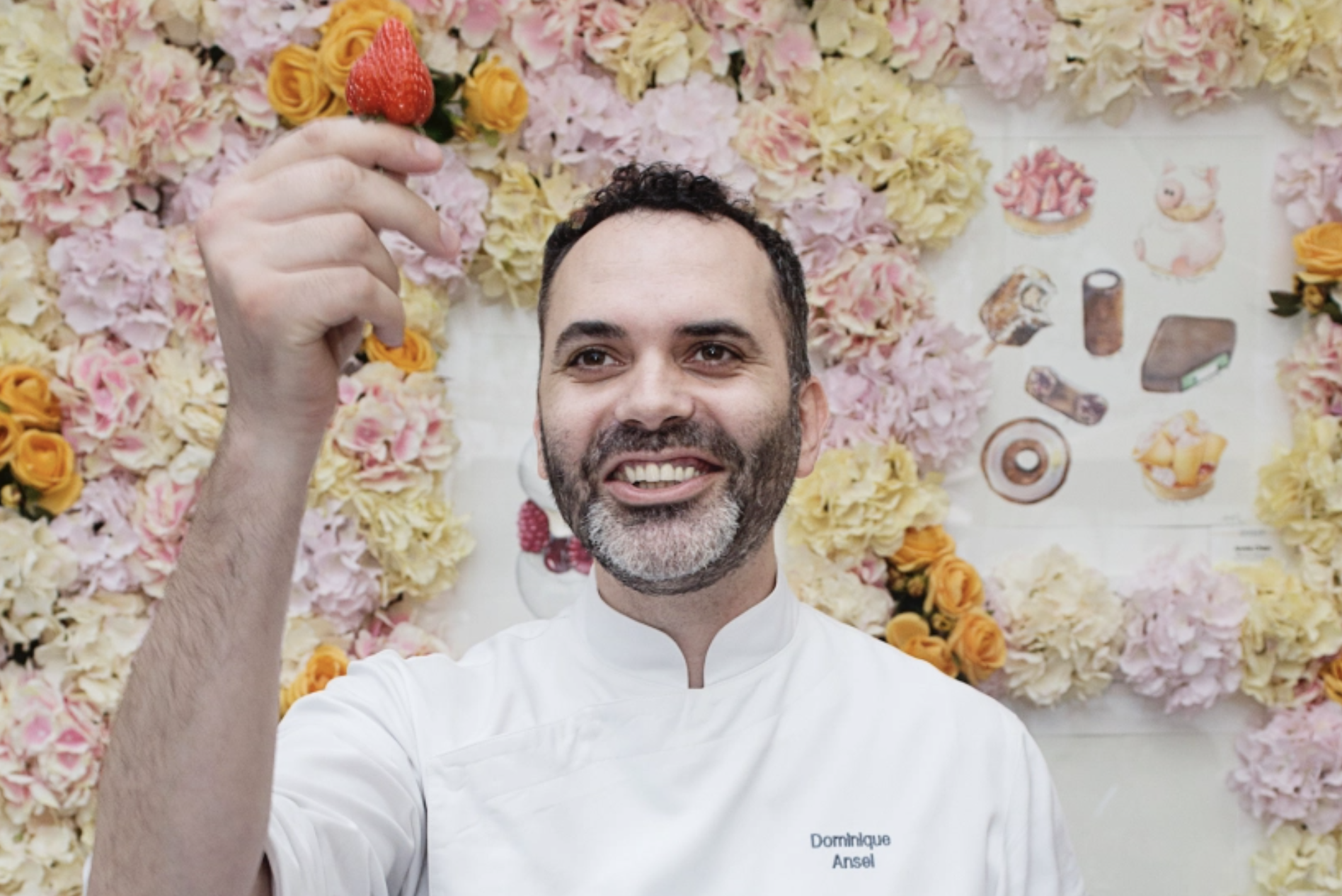 With its new $50 million harvest, Oishii’s going to expand production to reach more domestic and international markets, Koga said. And the company plans to expand into other cultivars.

“The omakase berries are the ‘Roadsters’, but we actually have the model s and the model three in the pipeline already,” Koga said. “We want to make this accessible to everybody.”

Vertical farms pose an interesting opportunity for all sorts of investors, and Koga theorized that there could be alternative financing models for Oishii as the company proves out its technology at scale.

Technologically, Oishii centers its vertical farms around the pollinators that strawberries need to fertilize their plants. That means it’s basically built around a massive beehive.

“The entire hive lives inside our farm. We’ve optimized the whole environment not just for strawberries but for the bees,” Koga said. That means the company could potentially expand its indoor cultivation to other pollinated fruits and vegetables like tomatoes, melons, and grapes, etc. [and] most of the vegetables.. If we apply the bee pollination technology to any of these crops, then it’s a matter can we conquer each of those [other cultivation] steps.”

Beyond the bees, Oishii is doubling down on automation through the development of proprietary berry picking technologies.

“What we realized quickly is that it’s probably faster if we develop it ourselves,” Koga said of the company’s robots. “We got our prototype of a harvesting robot in a matter of two months. The visual recognition went very quickly [because it was indoors].”

The company also operates as a carbon neutral business, according to Koga. The company offsets its energy consumption and plans to be going all renewable at its next growing location. “It is our intent to keep on growing like that so there’s nothing we’re doing [in farming] that’s worse,” he said.