mPharma, a Ghanaian health tech startup that manages prescription drug inventory for pharmacies and their suppliers, today announced its expansion to Ethiopia.

The company was founded by Daniel Shoukimas, Gregory Rockson and James Finucane in 2013. It specializes in vendor-managed inventory, retail pharmacy operations and market intelligence serving hospitals, pharmacies and patients.

In Africa, the pharmaceutical market worth $50 billion faces challenges such as sprawling supply chains, low order volumes, and exorbitant prices. Many Africans still suffer preventable or easily treated diseases because they cannot afford to buy their medications.

With a presence in Ghana, Kenya, Nigeria, Rwanda and Zambia, as well as two unnamed countries, mPharma wants to increase access to these medications at a reduced cost while assuring and preserving quality. The company claims to serve over 100,000 patients monthly and has distributed over a million drugs to Africans from 300 partner pharmacies across the continent.

CEO Rockson says that when mPharma started eight years ago, he wanted to own a pan-African brand with operations in Ethiopia, Kenya, and Nigeria from the get-go.

By 2018, mPharma went live in the West African country. In 2019, the health tech acquired Haltons, the second-largest pharmacy chain in Kenya, subsequently entering the market and gaining 85% ownership in the company. However, it seemed like a stretch to the Ghanaian-based company to expand to the East African country as it met several pushbacks. Rockson attributes this to the harsh nature of doing business with foreign companies.

“Ethiopia is one of the most closed economies on the continent. This has made it a bit hard for other startups to launch there just because the government rarely allows foreign investments in the retail sector.”

According to Rockson, most foreign brands operate in the country through franchising, a method mPharma has employed for its expansion into Africa’s second most populous nation.

Rockson says we should expect the partnership to open two pharmacies in Addis Ababa this year. Each pharmacy will offer the company’s consumer loyalty membership program called Mutti, where they’ll get discounts and financing options to access medication. 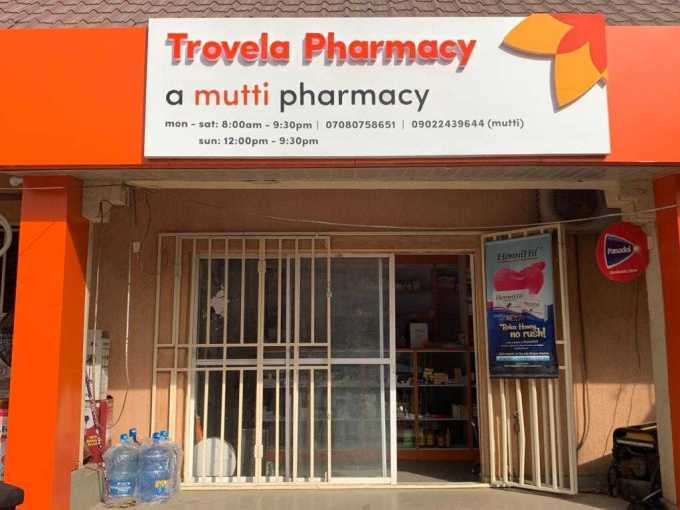 This franchising is a part of mPharma’s growth plans of enabling companies looking to enter the pharmacy retail sector. The plan is to provide access to a “pharmacy-in-a-box” solution where mPharma handles every infrastructure involved, and the pharmacy is just concerned about the consumer.

“What we’ve done is that we enable these pharmacies with our software, and we have the backend physical infrastructure and warehousing,” he said. ‘They can rely on mPharma to do all the background work from getting the products into your pharmacy and also providing the software infrastructure to be able to run delivery services while they focus on clinical care.”

mPharma is one of the well-funded healthtech startups in Africa and has raised over $50 million. Last year when it secured a Series C round of $17 million, Helena Foulkes, former president of CVS, the largest pharmacy retail chain in the U.S., was appointed to its board. She joined Daniel Vasella, ex-CEO and Chairman of Novartis as members who have decades of experience in the pharmaceutical industry.

This sort of backing, both in expertise and investment, has proven vital to how mPharma runs operations. Rockson doesn’t mince words when saying the company wants to dominate African healthcare with Ethiopia, its toughest market to enter, already secured.

“There are issues of fragmentation in pharmacy retailing, poor standards and high prices that haven’t been fixed. The African opportunity is still huge, and we are still at the beginning stages of privatisation of healthcare on the continent,” he said.