Remix, the startup that developed mapping software used by cities for transportation planning and street design, was born out of a hackathon during a Code for America fellowship. Nearly seven years later, the San Francisco-based startup is being acquired by Via for $100 million in cash and equity.

Remix will become a subsidiary of Via, an arrangement that will let the startup maintain its independent brand. Remix’s 65 employees and two of its co-founders — CEO Tiffany Chu and CTO Dan Getelman — will stay on.

The acquisition adds yet another service to Via’s ever-expanding business, as well as a customer base of more than 350 local governments in 22 countries.

Remix’s strength is in planning, while Via brings expertise in software and operations, Chu said in a recent interview.

“By having those two strengths come together, we can be much stronger as an end-to-end solution — from the initial genesis of this idea around transportation planning and carrying that through to operations — in a way that we, individually, would not have been able to achieve otherwise,” Chu said. 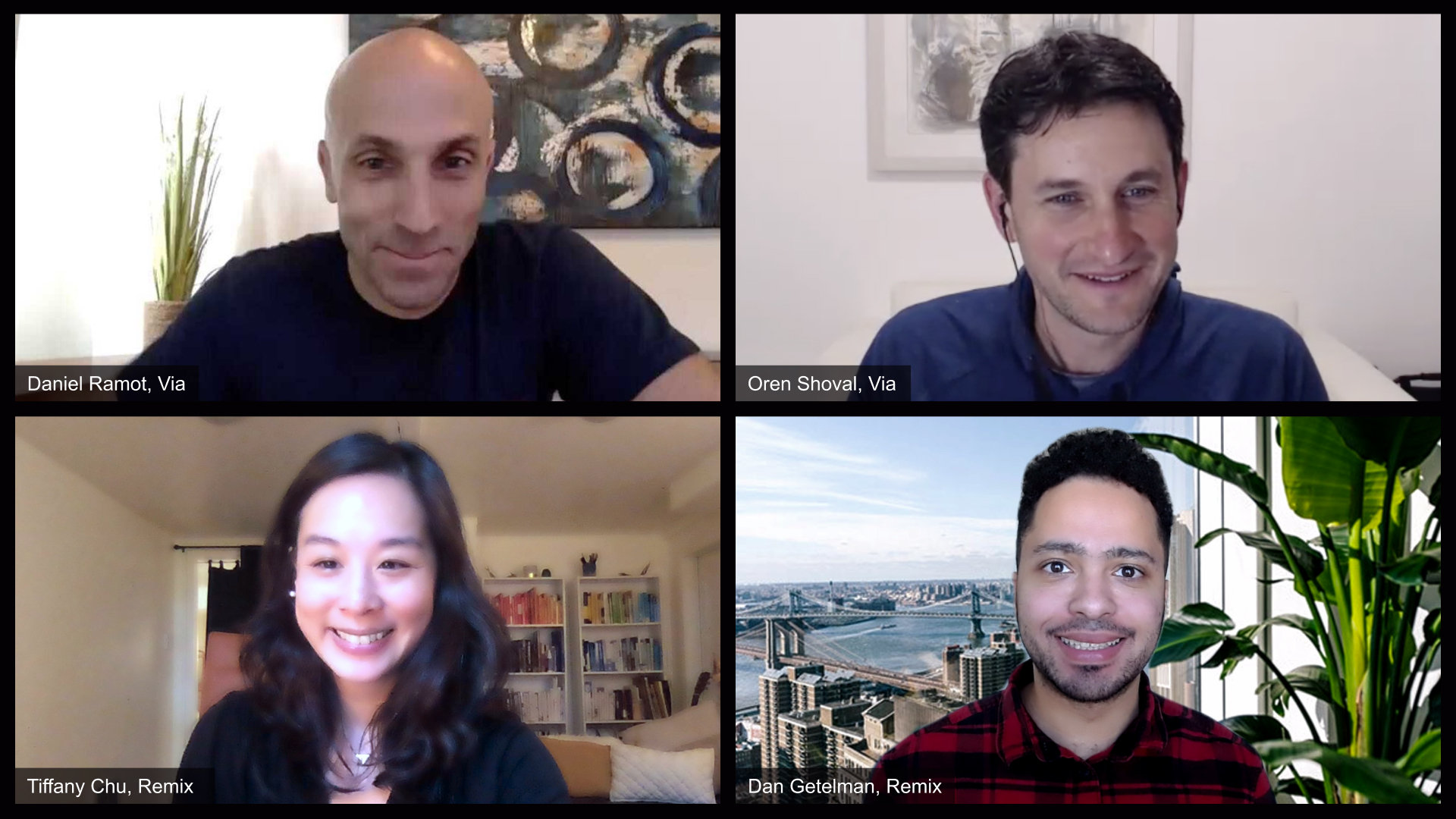 Via started as a on-demand shuttle operator in 2012. The company, which last year hit a $2.25 billion valuation after raising $400 million in a Series E round, has evolved from its initial consumer-facing focus.

Today, Via’s core business is its software and operations platform, which is used by cities and transportation authorities to plan, schedule and deploy their own on-demand and fixed-route transit, paratransit and school buses. Via has 200 partners in 24 countries.

Chu had been a user experience designer at Zipcar when she moved to San Francisco to complete a one-year fellowship with Code for America. In the middle of the fellowship, Chu, along her eventual co-founders Getelman, Sam Hashemi and Danny Whalen, were working on a hackathon project to help citizens of San Francisco suggest better transit routes to the San Francisco Municipal Transportation Agency.

The transportation planning tool was shared on Twitter and it went viral. Within two weeks, 30,000 maps had been created.

“It was kind of a mind-blowing moment for us when we realized the project that was supposed to be a grassroots kind of civic project actually had implications around solving real needs and problems in transportation,” Chu said.

Remix was founded shortly after and the company’s founders applied and were accepted into Y Combinator. The company went on to raise a total of $27 million in investments from Y Combinator, Sequoia and Energy Impact Partners.