One of the few industries that have benefited from the COVID-19 crisis is online finance. Around the world, the pandemic has forced consumers to adopt digital banking. Hong Kong’s WeLab, a fintech company founded in 2013, saw users soar by 20% year over year in 2020, bringing its accumulative user base to 50 million.

Facing innovative players like WeLab, which aims to bring more convenience, transparency and affordability to consumers, financial incumbents feel compelled to reinvent themselves. That’s in part why Allianz X, a venture capital arm of the 131-year-old European financial conglomerate Allianz, led WeLab’s latest funding round of $75 million. The Series C1, which involved other investors, followed WeLab’s $156 million Series C round in late 2019.

“Obviously, Allianz is one of the largest asset managers and insurers in the world with a strong presence and solid footprint,” co-founder and CEO Simon Loong told TechCrunch during an interview.

Loong declined to disclose WeLab’s latest valuation but said the number has gone up since the firm last reached the $1 billion unicorn status.

When WeLab set out to build a digital bank, which launched in Hong Kong last year, one of the products it had in mind was “a new generation of wealth advisory on digital banks.”

“Allianz saw what we did over the last couple of years and identified this very interesting opportunity to co-develop a wealth technology for digital banks, so they came to us and said, why don’t they lead the round?” Loong explained.

Through the strategic investment, the partners will jointly develop and distribute investment and insurance solutions across Asia. Those products will diversify Welab’s current offerings, including a virtual bank and a lending product in Hong Kong, as well as several types of lending services in mainland China and Indonesia. Around 47 million of its total users are in mainland China, 2.5 million in Indonesia, and less than one million in Hong Kong, a city with a 7.5 million population.

“It’s an interesting four-way cooperation,” said Loong, referring to the roles of Allianz as an asset management and insurance firm, and WeLab as a bank and fintech solution provider. “I think it will really be an interesting inflection point for the company to scale.” 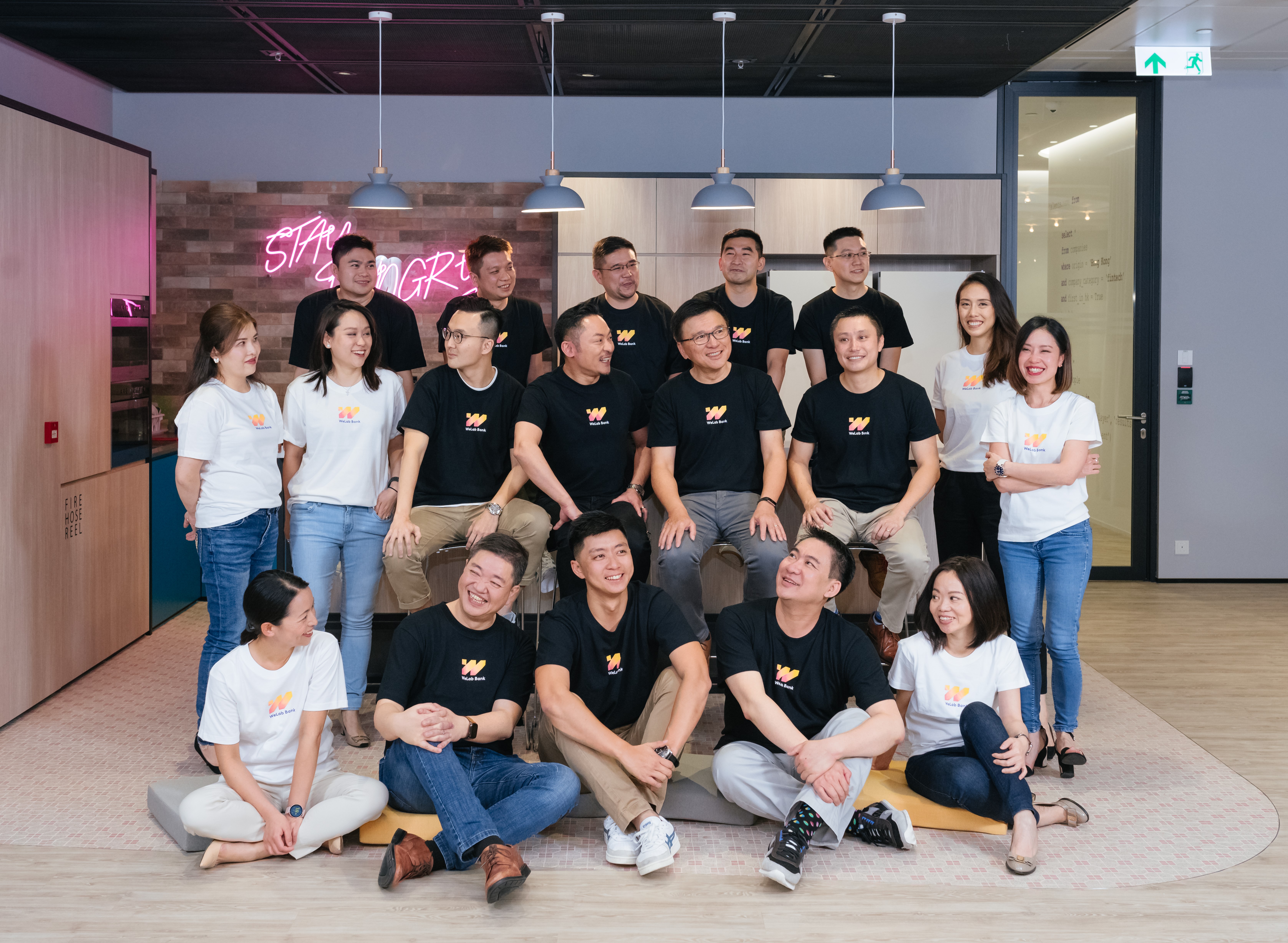 Equally important to WeLab’s revenue is enterprise services, according to Loong, which are helping conventional banks and financial institutions build up a digital presence. The strategy is not unlike Ant Group’s effort to be an “enabler” for traditional financial players.

In spite of the massive combined market share of Ant and Tencent in China’s fintech market, there remains room for smaller and more specialized players like WeLab. To date, WeLab has attracted about 600 enterprise customers, most of whom are in mainland China.

“[We have] an interesting dynamic with Ant,” said Loong, when asked how WeLab wrestles with a goliath like Ant, whose e-commerce affiliate Alibaba is an investor in WeLab through the Alibaba Hong Kong Entrepreneurs Fund.

“There are businesses where we compete, and there are also areas where we work well together,” he added. For example, WeLab introduced one of the first smartphone leasing services on Alipay, Ant’s flagship app that works as a marketplace for third-party financial products and end consumers. But Ant also has its own in-house financial products, which could clash with outside suppliers peddling on its marketplace.

“In short, I would say that because we are a rather independent company, we work with everyone,” Loong asserted.

As a Hong Kong-founded firm, WeLab has actively taken part in the Chinese government’s push to integrate what’s dubbed the Greater Bay Area, which spans the two special administrative regions of China, Hong Kong and Macau, and nine cities in the southern province of Guangdong, including Shenzhen.

An objective of the GBA blueprint is to encourage cross-border talent flow. In a way, the area has all the right conditions to run a fintech startup, which would gain access to technological and banking talents respectively in Shenzhen and Hong Kong, two adjoining cities. WeLab has done exactly that, with a larger base of tech staff in Shenzhen compared to its Hong Kong office, which has more finance professionals. It’s planning to add around 100 hires this year to its 800-person headcount.

“Hong Kong is a great testbed, but for online business, you need to subject your successful business model to a large population,” said Loong, explaining the company’s expansion plan. “The Greater Bay Area gives us the opportunity to do so. There is a 72 million population with a GDP of $1.7 trillion, which is larger than South Korea … Naturally, it is a good area to scale.”

WeLab was looking to go public back in 2018 but halted the plan because “we didn’t feel that it was the right market window to do this,” Loong recalled. The company was also in the process of securing a banking license, so it decided to work on the critical permit before going public.

“Obviously if you look now, it’s very hot in terms of the equity market,” said Loong. “So we are talking to a lot of people. We keep a close eye on this and we are always open-minded to explore the next right market window for us.”