Jesse Klein Contributor
Jesse Klein is a science, outdoor and business journalist who has written for New Scientist, GreenBiz, The New York Times and WIRED. Having previously worked inside Bay Area startups, she has a deep understanding of the pressing issues facing the businesses of tomorrow.
More posts by this contributor

The solution to the world’s climate change problems could be under our feet, as soil has the potential to store more than three times the amount of carbon in the atmosphere But about 45% of the Earth’s soil is used for agriculture, and most farmland has lost up to 30% of its carbon from unsustainable land management practices.

To turn agricultural land into a thriving carbon sink, farmers need to be able to manage it by shifting to regenerative agriculture practices like reducing tillage, planting cover crops and increasing crop rotations and biodiversity. But you can’t manage something until you can measure it, and that’s where Yard Stick comes in.

“Soil sequestration can be a really powerful carbon removal technology,” said Chris Tolles, CEO of Yard Stick. “But only if we’ve got really high-quality science and technology helping us measure it.”

Quantifying regenerative agriculture is a challenge, and measuring soil carbon is no exception. The traditional method, dry combustion, requires a lot of leg work. Scientists trudge across acres of land digging up soil samples and mail them thousands of miles to a lab where another scientist burns the soil to calculate the carbon.

“That is not scalable for obvious reasons,” Tolles said. “We need a measurement technology that can release that bottleneck.”

Yard Stick hopes to be that technology — a hand-held soil probe to measure carbon soil levels onsite. The Massachusetts-based startup was founded out of the Soil Health Institute using a $3.25 million grant from the U.S. Department of Energy’s Advanced Research Projects Agency-Energy program. This funding exists to specifically help pro-social technology solutions come to market.

Four soil experts — Dr. Christine Morgan, chief scientific officer of the Soil Health Institute; Kevin Meissner, a mechanical/electrical engineer who was previously the co-founder/CTO of carbon removal startup Charm Industrial; associate professor at the University of Nebraska, Yufeng Ge; and Alex McBratney from the University of Sydney — combined their research and expertise to create a probe that uses spectral analysis, resistance sensors, machine learning and agricultural statistics to measure and calculate the amount of carbon in an area of soil. Tolles is tasked with bringing the product out of the academic world and into the commercial market.

The probe is attached to a hand-held drill. The small camera on its tip is tuned to capture the specific wavelengths reflected off of organic carbon using VisNIR spectrometry. Resistance sensors use the force needed to drill the probe into the ground to calculate the density of the soil. With those two inputs, plus a few complicated algorithms and statistical analyses, Yard Stick can calculate the amount of carbon in the ground without ever digging up a sample and mailing it to a lab to be burned. 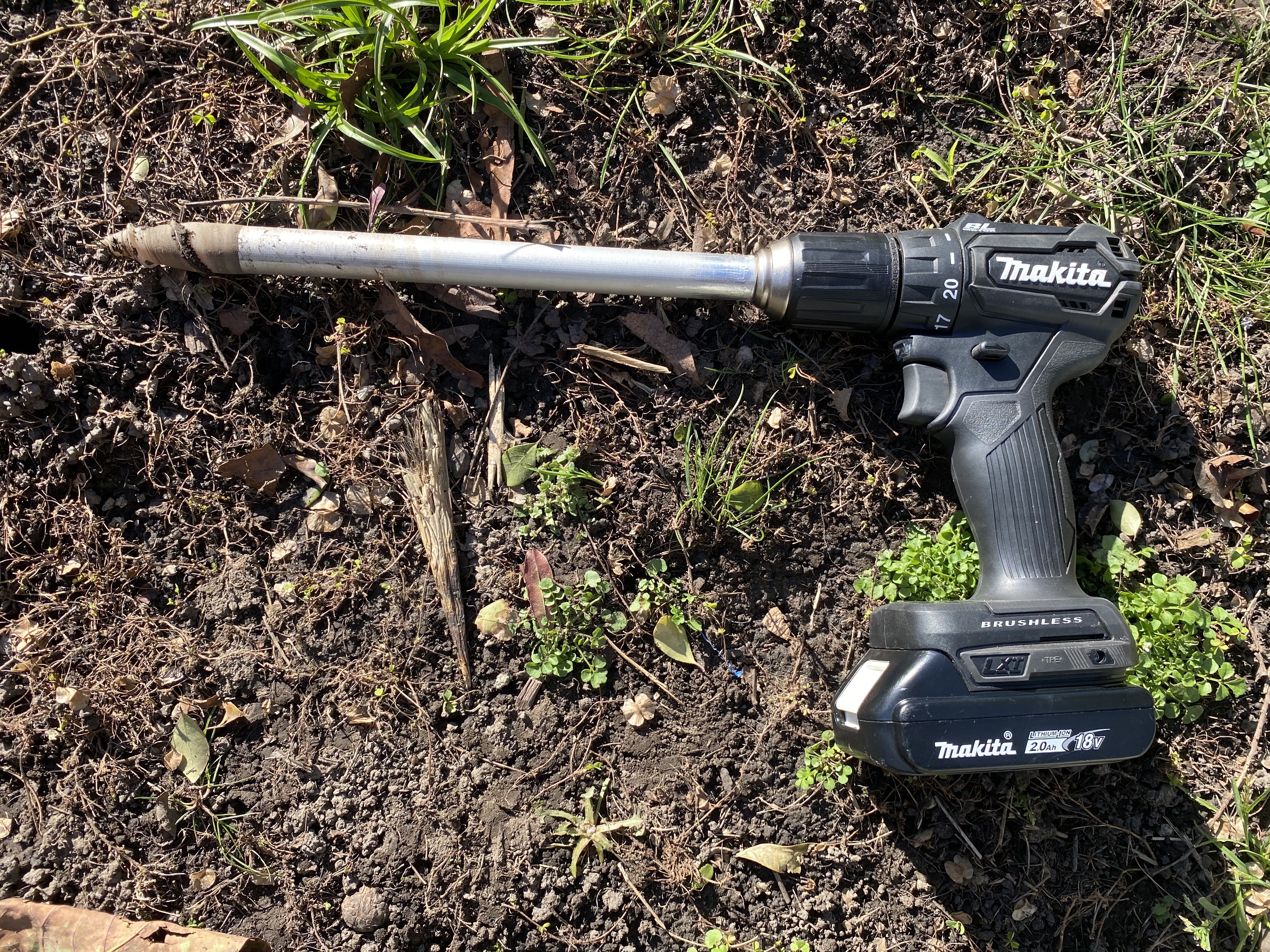 “One, we can take samples way faster. Number two, the cost is dramatically lower,” Tolles said. “And what that means, three, you’ll get a more accurate measurement of your carbon stock because our technology is so much cheaper and easier, that you can dramatically increase your sampling density.”

Yard Stick is currently working with a few large food companies engaged in regenerative agriculture pilot programs with farms across the United States. Yard Stick doesn’t plan to sell directly to farms. Instead, it works with project developers like these companies. Yard Stick is using these connections to verify its probe is as reliable as the traditional gold standard of carbon soil measuring and to introduce its product and service to farmers. Yard Stick plans to sell a data measurement service, not the hardware itself.

“None of our customers want to own a spectrometer,” Tolles said. “They don’t know what to do with one even if we made it idiot simple.”

Yard Stick sends its people out to take the measurements and then provides reports to farmers and other stakeholders that put the data in context, charging per acre. At some point Tolles hopes the device will be simple enough that anyone with a bit of training can use the probe so the number of Yard Stick employees isn’t a rate-limiting factor.

With more data and just as importantly more data sharing, we can begin to turn the ship around on climate change. But data is a sensitive business to be in.

“We want to acknowledge the limitations of late-stage capitalist worldviews, which don’t often incentivize sharing,” Tolles said. “There’s a real tragic risk here that the information is so valuable that everybody wants to keep it to themselves and the benefits of soil carbon marketplaces only accrue to the same giant industrial agricultural corporations that have had it for so long.”

A few other early-stage companies are also trying to bust open the market for soil carbon, including LaserAg, which works in laboratories instead of in the fields, and CloudAgronomics, which uses satellites for remote measurement of soil health. But Yard Stick’s main competitor is every farm out there that isn’t measuring and managing their carbon stores, which, according to Tolles, is 99.9% of farms.

“Our mission is to avoid catastrophic climate change,” Tolles said. “So I think we’re inclined to be very pro-competitor.”