Thousands of Chinese users suddenly found themselves unable to access Clubhouse on early Monday evening as the country prepared to start the week-long Lunar New Year holiday. Inside WeChat groups, Clubhouse users rushed to report the situation and help each other with ways to get back onto the red hot live audio app.

Audio drop-in startup Clubhouse was rapidly gaining steam in China, attracting a bevy of users early on to conversations on a wide range of topics. The app seemed likely to meet the fate of other U.S.-based apps and services, however — namely, a ban — and as of Monday, that indeed was what Clubhouse faces, as confirmed by TechCrunch. Users in China can no longer access the Clubhouse app, though the app’s website remains unblocked. The app is unlikely to return, given how much its model would have to change to comply with Chinese internet regulation. 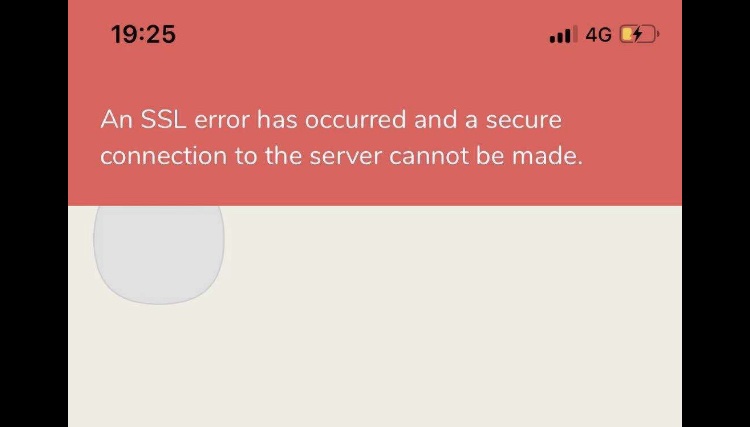 Notice received by users in China when trying to access Clubhouse as of Monday.

Clubhouse has faced criticism at home in the U.S. for its lack of effective moderation and abuse-prevention practices, so it’s hardly a surprise that it has fallen afoul of China’s rather more strict enforcement of measures designed to stifle the spread of information the government deems inappropriate for discussion. The app was also not officially available via Apple’s China App Store, though access to it and its audio rooms was, before today, freely available without the use of a VPN, provided a user had the app installed on their device.

The app was briefly available on China’s App Store following its global launch in September but was removed in October, TechCrunch previously reported. It’s unclear whether Clubhouse or Apple pulled the app.

“This is not Apple’s doing but surely they must be happy to get out of a tight spot, as the discussion will shift from Apple’s involvement in the removal from App Store to the blocking of servers by authorities,” said Benjamin Ismail, campaign and advocacy director at GreatFire.org, which monitors censorship in China.

As Clubhouse was not listed on the Chinese App Store, it’s unclear how many people from mainland China were on the platform. A room discussing the 1989 pro-democracy Tiananmen protest, a taboo topic in China, reached the maximum number of participants at 5,000 this afternoon prior to the ban. Another room focused on the same topic attracted more than 2,000 users.

Clubhouse’s API has been blocked on Monday around 7 PM Beijing time, Greatfire.org told TechCrunch. Some users reported inside WeChat groups that they could no longer receive verification codes at their Chinese phone numbers, providing additional clues to the level of blockage. Many users in China signed up with Chinese phone numbers, which are linked to their real ID in the country and could make it easier for the police to identify them.

In the past two weeks, Clubhouse soared in popularity within a few communities in mainland China, including people in startups, investment, academic or those with an overseas background. Users from mainland China, Hong Kong and Taiwan engaged in rare cross-border dialogues, while whimsical, playful conversations flowered. Many of them were aware the app wouldn’t last long in China, given free and often political debates frequented the platform. Clubhouse rooms titled “How long will Clubhouse last in China” and “Have you been invited to have tea for using Clubhouse?” attracted big crowds. “Having tea” is a euphemism for being taken away for interrogation by the police.

Hours before the ban, Global Times, a Chinese state-backed newspaper that is thought to at times represent views of the country’s leaders, published an article titled “Clubhouse is no ‘free speech heaven,’ say Chinese mainland users” and quoted users who described the app as a platform where “anti-China” comments flowered.

As TechCrunch noted on Saturday, Clubhouse’s early success prior to this shutdown has already prompted the creation of a number of homegrown alternatives designed around drop-in audio networking. Clubhouse’s popularity in China, however, may be difficult to replicate for any of these similar efforts — for the same reasons the original app itself is now inaccessible within the country.

Will the Clubhouse model work in China?

With a Great Firewall circumvention tool like a virtual private network (VPN), some users in mainland China managed to regain access to Clubhouse, TechCrunch learned. Some features are able to hear and speak with their VPN off, so long as they have entered a room via a VPN. Agora, which operates from the U.S. and China, provides the SDK that powers Clubhouse’s live audio interaction, TechCrunch previously reported.

Updated the story on February 8, 2021 with more details about the ban.