Here in the U.S., we take for granted the ability to invest and trade in the stock market. So while we can get in an uproar about the various ways Robinhood may or may not be acting responsibly, it can be easy to forget that not everyone in the world has the same access to potentially making — or losing — money via trading as we do.

For Mexico City-born Sergio Jiménez Amozurrutia, the fact that in his country of more than 120 million people, only a tiny fraction of the population have the ability to invest in the capital markets just didn’t seem right. To him, the lack of widespread participation in investing is an example of the rich getting richer as part of an infrastructure “that is built for the wealthy.” The result of the imbalance is that a lot of people are locked out of making potentially wealth-building investments.

So after selling Easy Credit, a consumer lending platform he’d built with Rick Rafael Bueno (whom he met in 2015 at a hackathon at Tech de Monterrey), Amozurrutia set out to give Mexicans access to something he believed they’d never had access to: an app-based consumer trading platform.

The demand for what Flink has to offer is clear. Since launching its first brokerage product in July of 2020, Flink has surpassed 1 million users and 800,000 active brokerage accounts. This makes Flink the largest retail brokerage service in Mexico, according to Amozurrutia. It averages 6,000 new customers a day, mostly due to word of mouth, the company said. And, the app was recently ranked in the top 10 of all apps downloaded in Mexico via Google Play, surpassing Spotify and Facebook app downloads, according to Amozurrutia.

“Most legacy Mexican banks cater to less than 1% of the population — meaning most Mexicans don’t have a bank account, let alone a brokerage account,” he said. “At Flink, we’re guided by the belief that Mexico’s financial system should work for everyone — not only a select few.”

The fact that Latin Americans are underbanked is not new news. In Mexico in particular, there are far fewer banks than the thousands the U.S. is home to. Those banks, Amozurrutia believes, make it challenging for most people to make investments by charging high fees, among other barriers to entry, such as large minimum deposits.

“Also, here in Mexico, the population is not that sophisticated like in the U.S. in terms of investing in the markets,” he told TechCrunch. “The banks and incumbents take advantage of that and make people feel like they’re not smart enough to manage their money. They say, ‘Give me your money and I’ll invest it and charge you fees.’ ”

Flink is out to not only give Mexicans a way to invest, but to help educate them as well. Ninety percent of its users are first-time investors, and many are millennials.

“When you compare this kind of product with Robinhood or Acorns for example, the difference with us is that we need to be even more responsible with the kind of information and access we are trying to provide,” Amozurrutia said. “We need to educate on a basic level.” 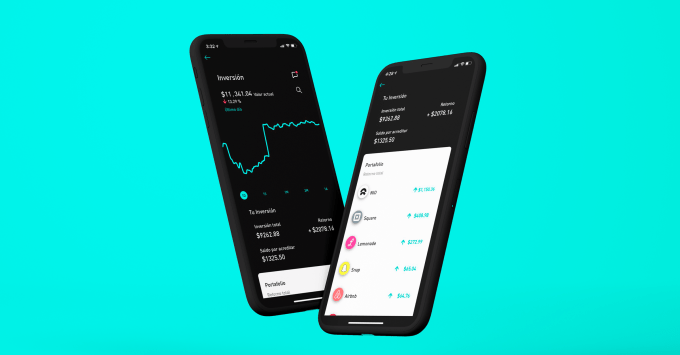 Flink has also built a community around the product so that people can share ideas and try to help each other, including a Facebook group made up of more than 35,000 people.

For Accel partner Andrew Braccia (who was also an early investor in Slack), the most interesting thing about Flink is that in many ways it is “creating a market,” rather than building an offering in an already large and sophisticated market.

“A high percentage of customers are a younger demographic that has never invested before, and never had the tools or opportunity to use a product like Flink,” Braccia said. “It’s a responsibility we take very seriously so we’re trying to make sure there’s a tremendous amount of education and transparency in the process.”

He also believes Flink’s story and the larger opportunity of what’s happening in Mexico “is one centered around accessibility and hope.”

Demand for Flink’s product is not only coming from Mexico, but from other Latin American countries such as Colombia, Chile, Peru and Argentina.

Flink can’t yet enter those markets due to regulatory constraints, but getting licenses to do business in Latin American countries is something the company plans to use some of its new capital to do.

“When you try to understand the deeper issues around financial services in Latin America,” Amozurrutia said, “you will see the status quo is really similar.”

Flink, he believes, has already created a level playing field for those who want to participate in investing in Mexico.

“The fact that the vast majority of their users are first-time participants in the stock market speaks to the significance of their vision of financial accessibility—a vision that we believe will continue to resonate with other markets throughout Latin America,” Braccia told TechCrunch.

Flink also plans to use its funding in part to continue improving the user experience and product offering, as well as to add to its current headcount of 60 to be able to meet rising demand.

Meanwhile, backing Flink fits into Accel’s overall investment thesis. The firm has also put money in other fintechs globally, such as France’s Lydia, London-based Monzo and WorldRemit, Galileo and Braintree/Venmo, among others.