Indian startup Shopalyst has officially launched a new platform that it calls the Discovery Commerce Cloud, which it says can help brands take full advantage of digital advertising.

Co-founder and CEO Girish Ramachandra told me that Shopalyst was created to allow for “one seamless journey for the shopper” across advertising and e-commerce — something he said current systems are not currently designed to support.

The startup’s first product was a “universal buy button,” and Ramachandra said that has “naturally progressed” into a broader set of tools for cross-platform advertising, which Shopalyst has been beta testing for the past year.

The Discovery Commerce Cloud consists of five modules, which Ramachandra said work best together but can also be purchased separately. That includes: 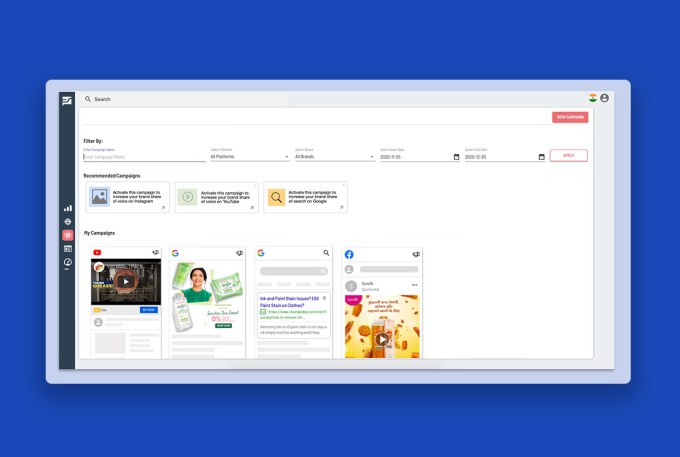 Ramachandra also noted that the ads created in the Universal Ads Builder optimized to each platform, with dynamically generated creative based on audience data. And by using the landing page builder, brands are also able to gather new data about the audience’s “shopping actions.”

“In the past, [brands] didn’t have shopping actions, because retailers don’t share that data back with them,” he said. “That is all changed. Now they’re able to acquire first-party data [from Shopalyst], which will help them use the right advertising in future campaigns.”

Shopalyst customers include Unilever, Nestle, Diageo, Nivea, L’Oreal and Estee Lauder. And while the startup was initially focused on its home market of India, the platform is now available across 30 countries.

Shopalyst also says that in beta testing, campaigns run through the Discovery Commerce Cloud have seen up to a 3X improvement in targeting relevance, a 5X increase in audience attention and an 8X increase in ad-activated shopping trips.