ClassDojo’s first eight years as an edtech consumer startup could look like failure: zero revenue; no paid users; and a team that hasn’t aggressively grown in years. But the company, which helps parents and teachers communicate about students, has raised tens of millions in venture capital from elite Silicon Valley investors including Y Combinator, GSV, SignalFire and General Catalyst over its life.

If you ask co-founder Sam Chaudhary to explain how the startup survived so long without bringing in money, he responds simply: “When you have something that you think will be for the long term you can put [in] a lot of energy. So, we always kind of maintained the belief that like bringing people together and helping them be connected, especially last year when they needed to be apart, physically apart, was going to be really important.”

In layman’s terms: ClassDojo has been playing the long-game in edtech since 2011, quietly aggregating free users-turned-fans across the world’s public schools, which are notoriously hard to sell due to tight budgets. Every engineer on the team serves a population that is the size of the city of San Francisco. The company has been intentionally frugal throughout the process. Its core service, which is an interface that allows parents and teachers to communicate updates and stay involved in the classroom, is free for anyone to download.

“Our view from the start was actually that the idea of districts isn’t the customer of education, [that’s] kind of backwards,” he said. “It’s like Airbnb saying we’re going to transform travel by selling to hotels.” The route has helped ClassDojo gain traction with 51 million users across 180 countries.

Two years ago, ClassDojo tested this customer love. It launched its first monetization attempt in 2019: Beyond School, a service that complements in-school learning with at-home tutorials. Within four months of launching the paid service, ClassDojo hit profitability. In 2020, the added dimension of COVID-19 helped ClassDojo triple its revenue and grow to have hundreds of thousands of paying subscribers.

It’s a lesson in how a venture-backed startup can successfully live for years without any plans to monetize, grow a super-fan user base, and eventually turn those users into paying customers if the fit is right.

The acceleration of ClassDojo’s business got noticed by Josh Buckley, the new CEO of Product Hunt and a solo capitalist.

“For years, they’ve quietly been building the most adored brand in the industry; kids, teachers and families they serve love it. Their business model follows that vision; they’re focused on serving the consumers, not the ‘system’” Buckley said.

Buckley led a new $30 million financing round for ClassDojo, he tells TechCrunch. The round also includes Superhuman CEO Rahul Vohra, Coda CEO and former Youtube head of product and engineering Shishir Mehrotra, former product lead of growth for Airbnb Lenny Rachitsky, and others.

The financing comes nearly two years after ClassDojo raised a $35 million Series C round led by GSV. When new capital is less than the preceding round it usually signals a downround, but Chaudhary says that ClassDojo had a “significant markup on valuation” with the extension round. The trend of opportunistic extension rounds has grown for edtech startups recently as the pandemic underscores the need for remote learning innovation.

With new financing and massive scale, ClassDojo is now trying to evolve from a communication app into a platform that can help students get better learning experiences beyond the one they get from schools.

“For me, I’d always thought ClassDojo could enable a better future, specifically one where kids’ outcomes aren’t entirely determined by what their ZIP code can offer them,” Chaudhary said. “That’s the kind of future we’ve been building toward.” He likened ClassDojo’s goal as similar to Netflix: provide a broad scope of material for a broad scope of people, not just on-demand political dramas.

ClassDojo is already creating content around topics not discussed in school such as how to fail and how to become an empathetic person, as part of its Big Idea series. The Beyond School offering helps students set goals and track activities, as well as find activities such as dinner table discussion starters or bedtime meditations. 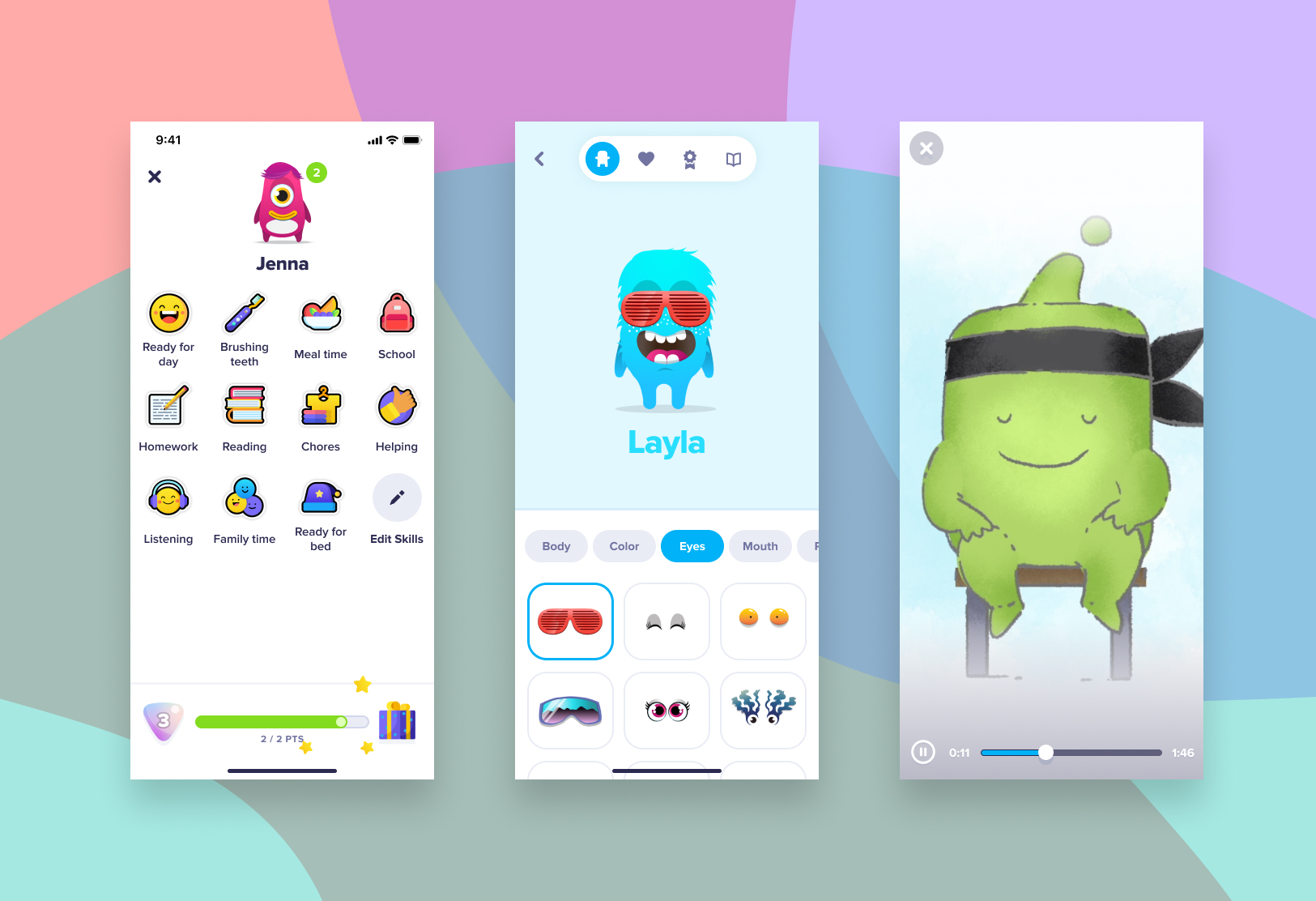 ClassDojo charges $7.99 a month, or $59.99 annually, for its premium content. The platform is finding small ways to add personalization and spice to its content, such as customized avatars, but further innovation will be key in making its next phase work.

While ClassDojo certainly has a strong user engine to monetize off of, the content game is difficult to win at. Content, to an extent, is commoditized. If you can find a free tutorial on YouTube or Khan Academy, why buy a subscription to an edtech platform that offers the same solution? The commodification of education is good for end-users and is often why startups have a freemium model as a customer acquisition strategy. To convert free users into paying subscribers, edtech startups need to offer differentiated and targeted content.

The United States continues to be a dominant market for ClassDojo, which also has users in the United Kingdom, Ireland, United Arab Emirates and more. While some in edtech express concern that United States consistently lags in consumer spending in education, Chaudhary thinks it’s an unfair assessment.

“To believe that, you have to believe that families don’t care all that much about their kids. And I just don’t think that’s true,” he said. “All the ways that American people express their care for children, there’s such a range, from extracurricular to sports camp to moving to the right zip code.”

And with that mindset, ClassDojo thinks that it can become the brand that families turn to when they think about a child’s education.

“I think there’s just like a missing brand in the world right now,” Chaudhary said. “There’s a blank, a lot of fear, uncertainty, and doubt.”